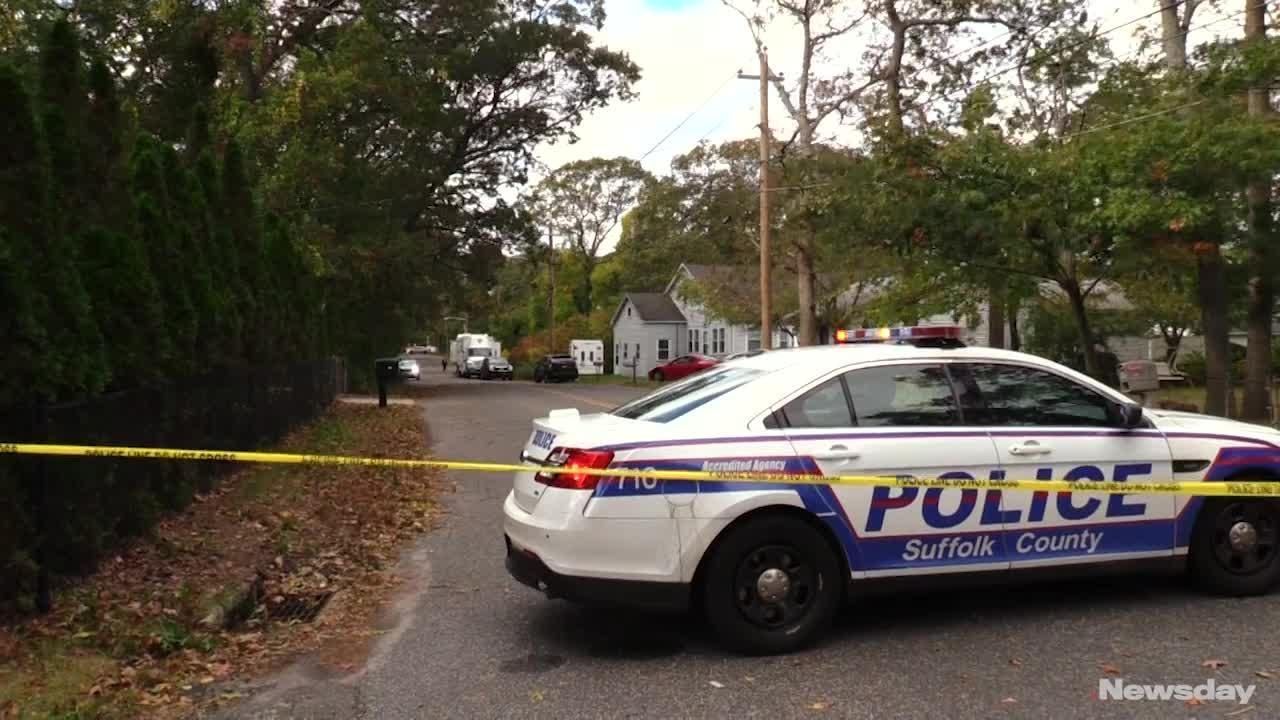 A woman was fatally stabbed early Monday, Oct. 30, 2017, during a domestic dispute in Mastic, Suffolk police said. The victim was stabbed to death just after 7:30 a.m. at a home on Patchogue Avenue, said Asst. Police Commissioner Justin Meyers. Police have not identified the woman or a possible suspect. Credit: James Carbone

A Mastic man fatally stabbed the mother of his three children early Monday in their home before fleeing to Bellport, where he was found in the victim’s car, Suffolk police said.

Kenneth Smith, 32, stabbed Krystal Nash, 28, about 7:35 a.m. while their three children, boys ages 10 and 4, and a 7-year-old girl, were at their Patchogue Avenue home, homicide detectives said. The children were not harmed, police said.

Smith drove off in Nash’s car, and after a relative in the house called 911, the mother of three was taken to Brookhaven Memorial Hospital Medical Center in East Patchogue, where she was pronounced dead, police said.

Homicide detectives found Smith inside Nash’s vehicle on Thrasher Drive in Bellport and he was arrested, police said.

Smith was charged with second-degree murder and was held at the Fifth Precinct for arraignment Tuesday.

Other details in the case were not released.

Homicide detectives said the investigation continues and ask anyone with information to call them at 631-852-6392 or Crime Stoppers at 800-220-TIPS.