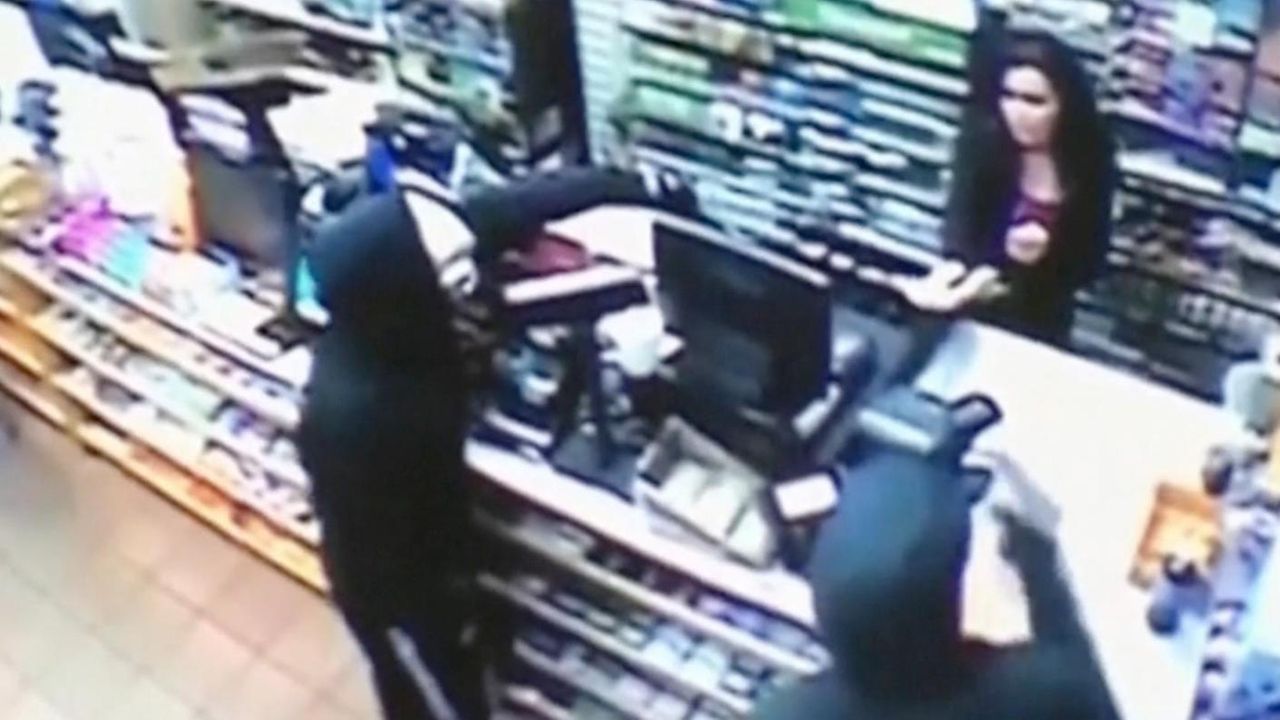 Police are seeking information on recent robberies including one Monday night at a BP gas station in Medford, where police said two men showing handguns entered the gas station about 9:50 p.m., demanded and got cash from an employee, then fled. Credit: News 12 Long Island

Armed men robbed four businesses in five days in Medford and St. James, with one clerk being taken to a hospital for injuries, police said.

Detectives are investigating to see if there’s a possible link between the robberies, Suffolk County police said Tuesday morning.

The first robbery was in Medford about 9:50 p.m. Friday, police said. Two men entered the Sunoco/Bolla Market at 2664 Rte. 112, showed a gun and demanded cash from an employee, who complied. The men fled.

Two nights later in Medford, at about 11:40 p.m., two men, one displaying a handgun, entered the 24/7 Convenience Store at 2222 Rte. 112, police said. One demanded cash.  After the clerk complied, the two men ran off. The clerk, who was struck during the robbery, was taken to a hospital and treated for minor injuries.

In surveillance video from that robbery, the men are seen wearing hoodies and masks.

On Monday night in Medford, near the border with Farmingville, two men showing handguns entered the BP gas station at 1099 Horseblock Rd. about 9:50 p.m., police said. The men demanded and got cash from an employee, then fled.

Finally, just after midnight Tuesday in St. James, at the border with Nesconset, three men, one with a gun, entered the Shell gas station at 560 Middle Country Rd., police said. The men also demanded and got cash from an employee, then ran off.