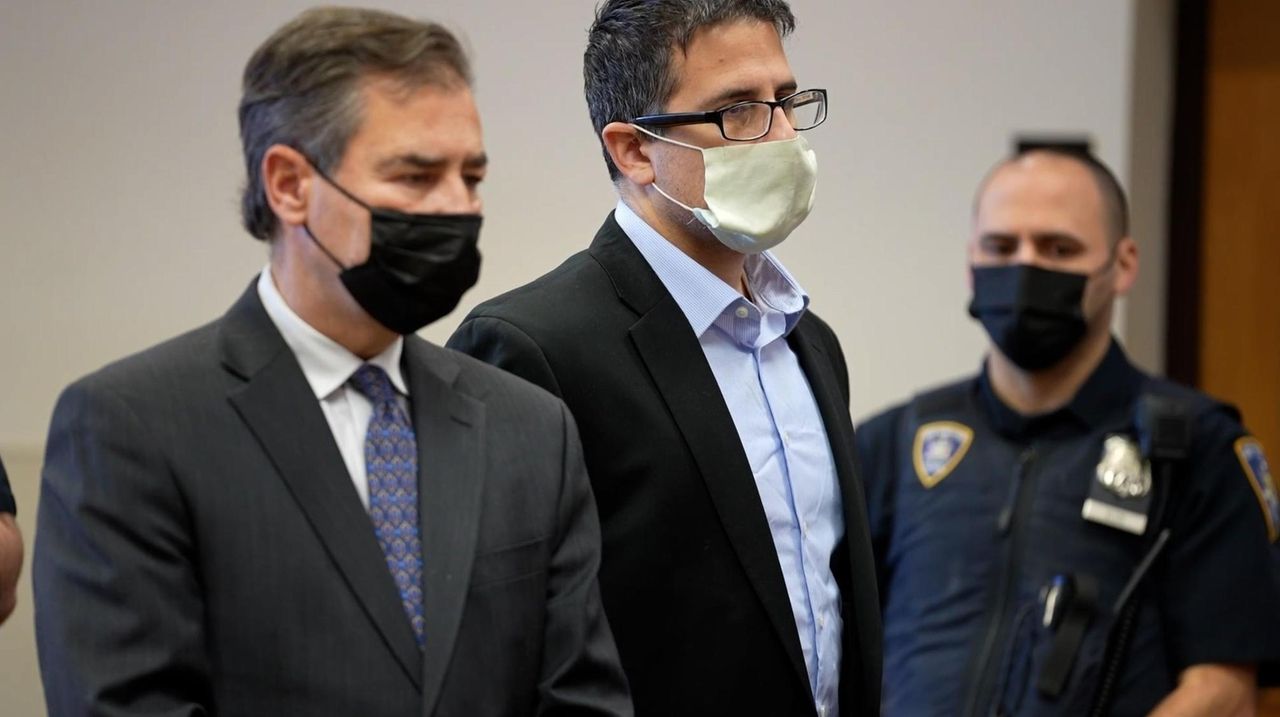 The start of the murder trial of ex-NYPD officer Michael Valva and his onetime-fiancée Angela Pollina, who are charged with killing the former officer’s 8-year-old son Thomas Valva, was delayed again Monday because of court restrictions due to the omicron variant.

State Supreme Court Justice William Condon set an April 19 date for jury selection for the trial, which had been scheduled to begin Monday in Riverhead — nearly two years after Thomas' Jan. 17, 2020, hypothermia death.

Condon, during a brief conference in a Riverhead courtroom Monday, cited state court rules mandating face masks and social distancing as the cause of the delay.

Condon, who previously ruled that the former couple would be tried together but with separate juries, also said he could potentially reverse his ruling and opt to hold two separate trials.

"Under the current state guidelines with respect to the use of masks and social distancing in the courtroom, frankly, it's physically impossible to do that at this time," Condon said, referring to holding a trial with two defendants, two juries and court staff in a single courtroom during the pandemic.

Condon said he would reassess the situation during a conference on March 1 and depending on the status of the virus and the state court rules on the pandemic, could decide to proceed with both defendants on trial April 19 or just one. The prosecution would select which defendant to try first, he said.

Valva, in a dark suit, appeared briefly before Condon on Monday with his attorney John LoTurco and told the judge: "Thank you, your honor." Pollina's attorney Matthew Tuohy waived her appearance.

After court, LoTurco said: "The entire Valva team, including our client, feel it’s a prudent decision to adjourn the matter due to the current state of omicron and the impact it would have on jury selection and the entirety of the trial."

LoTurco said he would prefer if Valva and Pollina are tried separately, which he and Tuohy initially petitioned the court to do, but said "we will be prepared on April 19 for whatever path this pandemic takes us and whatever ruling the court makes."

LoTurco said Valva remains in protective custody while in jail. "It’s been two years since the death of his child and while he obviously hasn’t recovered from that, he’s slowly healing," said LoTurco.

Valva and Pollina have both been in jail since their Jan. 24, 2020, arrests. They have pleaded not guilty to second-degree murder and child endangerment charges in the hypothermia death of Thomas and the alleged abuse of his brother Anthony, then 10.

According to prosecutors, Thomas died after Valva and Pollina forced him to sleep in the unheated garage of their Center Moriches home in frigid temperatures.

LoTurco has previously called Thomas’ death a "nightmarish accidental death" and cast blame on Pollina, calling her a "wicked, cruel stepmother" who "compelled them to be in the garage," referring to Thomas and Anthony.

Tuohy has claimed Pollina is innocent and said she was intimidated by Valva, who he said was solely in charge of caring for his sons.

Monday marked the second time the trial was rescheduled due to the pandemic. The trial was initially scheduled for Oct. 12.