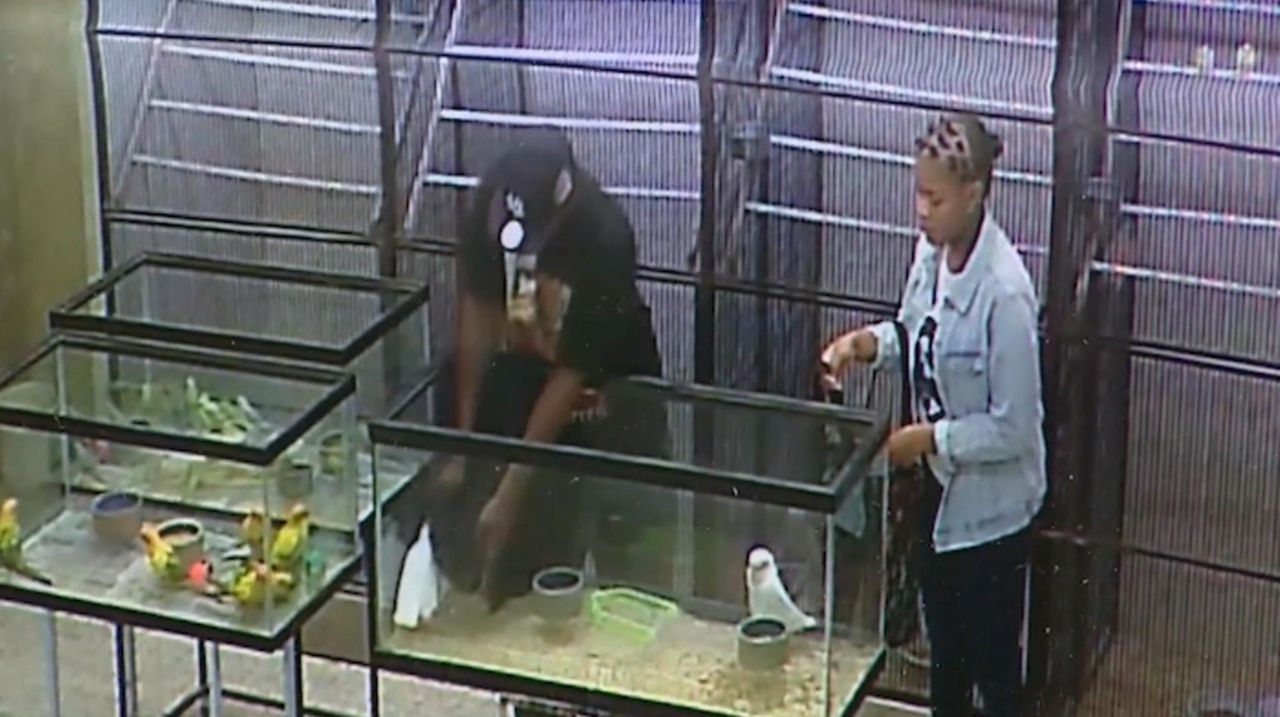 On Tuesday, May, 30, 2017, a rare bird valued at $1,800, that was stolen from a Mineola pet shop Saturday was still missing, according to the owner of the store and Nassau County police. Despite a $2,500 reward being offered for the return of the Goffin's cockatoo and information leading to an arrest, there have been no new developments, said Ida Ferreira, co-owner of For Birds Only on Jericho Turnpike.  Credit: News 12 Long Island

The whereabouts of a rare bird, valued at $1,800, that was stolen from a Mineola pet shop Saturday remained a mystery Tuesday morning, according to the owner of the store and Nassau County police.

Ida Ferreira, who said she and her husband, John, have owned For Birds Only on Jericho Turnpike for 35 years, said in a telephone interview Tuesday that despite a $2,500 reward being offered for the return of the Goffin’s cockatoo and information leading to an arrest, there have been no new developments that she’s aware of.

The reward has been offered by the Nassau Society for the Prevention of Cruelty to Animals.

Ferreira did say that surveillance footage shows there were three people apparently involved in the theft — two women and a man. She said the bird was stolen at about 4:30 p.m.

“In the video you can see the man put a black sheet over the bird and put it in one of the women’s bags and they walk out — that’s it,” Ferreira said. She said that while the bird was being stolen the other woman can be seen near the door distracting a worker inside the store by talking about something.

Ferreira said the birds are kept in a backroom and that before the heist the three walked in like any other customers interested in looking around and buying a bird. She said the shop also sells fish and items for dogs and cats.

“I went to feed the birds and noticed it was not there,” Ferreira said of the missing bird. She said she is particularly concerned because the bird is only 3 months old and needs to be fed formula.

Ferreira said there have been thefts at the store over the years — all of them birds and some of which have been returned by police — but she said nothing has been taken from the store in almost 10 years.