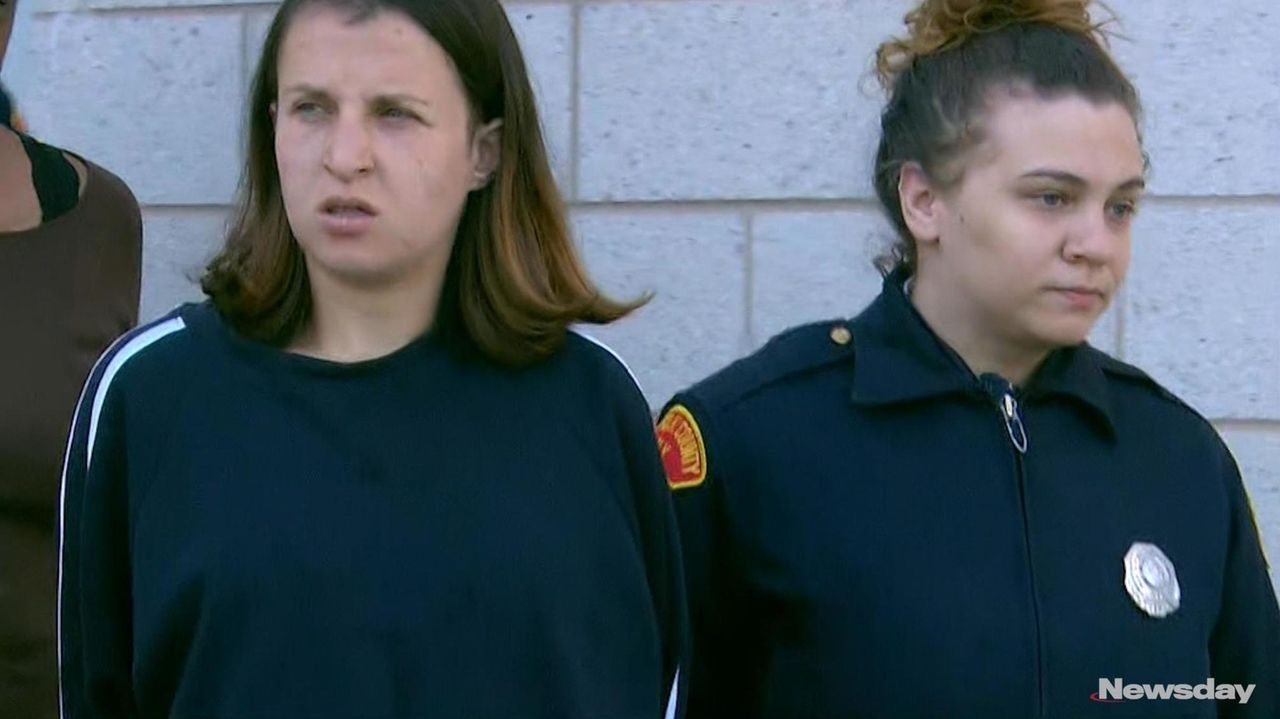 A Coram mother was arrested Thursday on a charge of attempting to murder her newborn son, Suffolk County police said. Felicia Squillace, 26, gave birth at home on April 27, then wrapped her crying boy in a plastic bag and tried to put him in a garbage bin, but she was stopped, police said. Credit: News 12 Long Island

A Coram mother pleaded not guilty Friday to a charge of attempted murder for allegedly trying to kill her newborn son.

Felicia Squillace, 26, is accused of wrapping the baby in a plastic bag and trying to put him in a garbage bin, authorities said.

Squillace did not speak at her arraignment in Suffolk First District Court in Central Islip. She was represented by an attorney with the Suffolk County Legal Aid Society.

Squillace’s lawyer told the judge that Squillace had a history of mental illness. He also said his client is a “victim of human trafficking” but gave no details.

Squillace gave birth at home on April 27, then wrapped her crying boy in a plastic bag and tried to put him in a garbage bin, police said.

Two people who also lived in the home heard the baby cry, took him from his mother and called police, authorities said.

After giving birth, Squillace was taken to Stony Brook University Hospital and was later transferred to Brunswick Hospital Center, an acute-care psychiatric hospital facility in Amityville, police said. She was arrested Thursday after she was released from Brunswick.

The baby received medical attention and is now in foster care, police said.

Suffolk County District Attorney Timothy Sini, who was in court, said Squillace was charged with second-degree attempted murder rather than the lesser charge of manslaughter because she meant to harm her son.

“She intended to roll the baby in a plastic bag. She intended to throw that baby in the garbage,” Sini said outside the courtroom. “If not for the residents stopping her, the baby would likely be dead.”