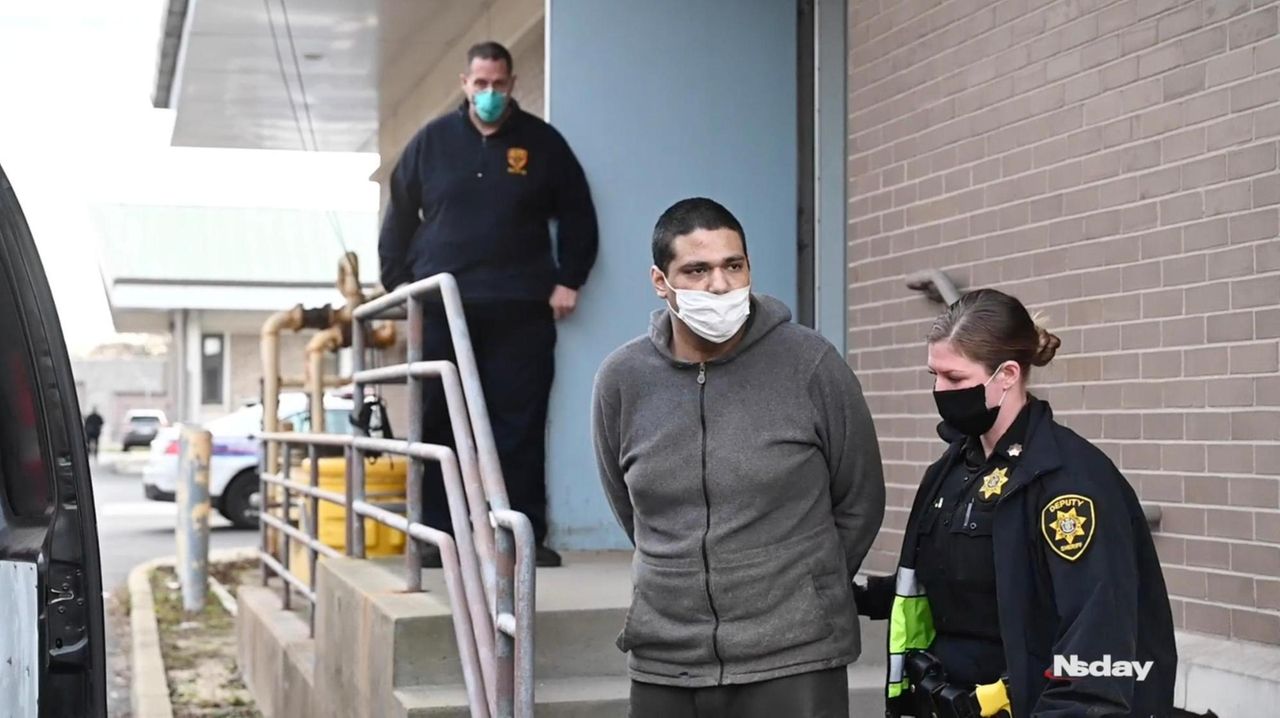 A Bay Shore man was arrested after confessing on a 911 call to the police that he had killed his 70-year-old mother. Logan Lawson was charged with first-degree manslaughter. Credit: James Carbone

A Bay Shore man crushed to death his 70-year-old mother in a fit of rage in the bathroom of their shared apartment after he accidentally posted a video of himself on social media that he was upset about sending out, a Suffolk prosecutor said in court Wednesday.

Logan Lawson, 24, was arrested Tuesday and charged with first-degree manslaughter after he called 911 and admitted killing his mother, Barbara Lawson, authorities said. First responders found her lying on the bathroom floor, and she was pronounced dead at the East Main Street apartment by a Suffolk County medical examiner.

Logan Lawson told a 911 operator at about 4 p.m. Tuesday that "his mother was dead and he had killed her by jumping on her," Suffolk County Assistant District Attorney Laura Newcombe said Wednesday afternoon during Lawson’s virtual arraignment.

The judge also ordered the defendant to undergo an exam to determine if he is mentally incapacitated, in response to a request from Lawson’s defense attorney, Steve Fondulis, of Port Jefferson.

Fondulis, who did not argue for bail for his client, did not respond to phone messages seeking comment after the arraignment.

Newcombe told the judge Lawson consented to a police interview, which was recorded on video, with Suffolk homicide detectives at police headquarters in Yaphank. He told them he had "accidentally posted a video of himself on social media" using a smartphone application and "became very upset about this," the prosecutor said.

The contents of the video were not revealed.

"His mother kept telling him, ‘just delete it,’" Newcombe said, adding that the defendant told investigators he responded to his mother: "I can’t. it’s already out there."

Lawson "became irate," the prosecutor said, and confronted his mother, who was in the bathroom.

"He … threw her on the floor and jumped on her stomach," Newcombe said.

Newcombe added: "When they asked him how many times he jumped on her stomach, his answer was: a million times."

Court documents say the defendant "did repeatedly jump and stomp" on his mother.

A preliminary autopsy found Barbara Lawson suffered broken ribs and internal injuries, which Newcomb said was "consistent with the defendant’s account of having crushed her to death."

Other members of the Lawson family could not be reached Wednesday.