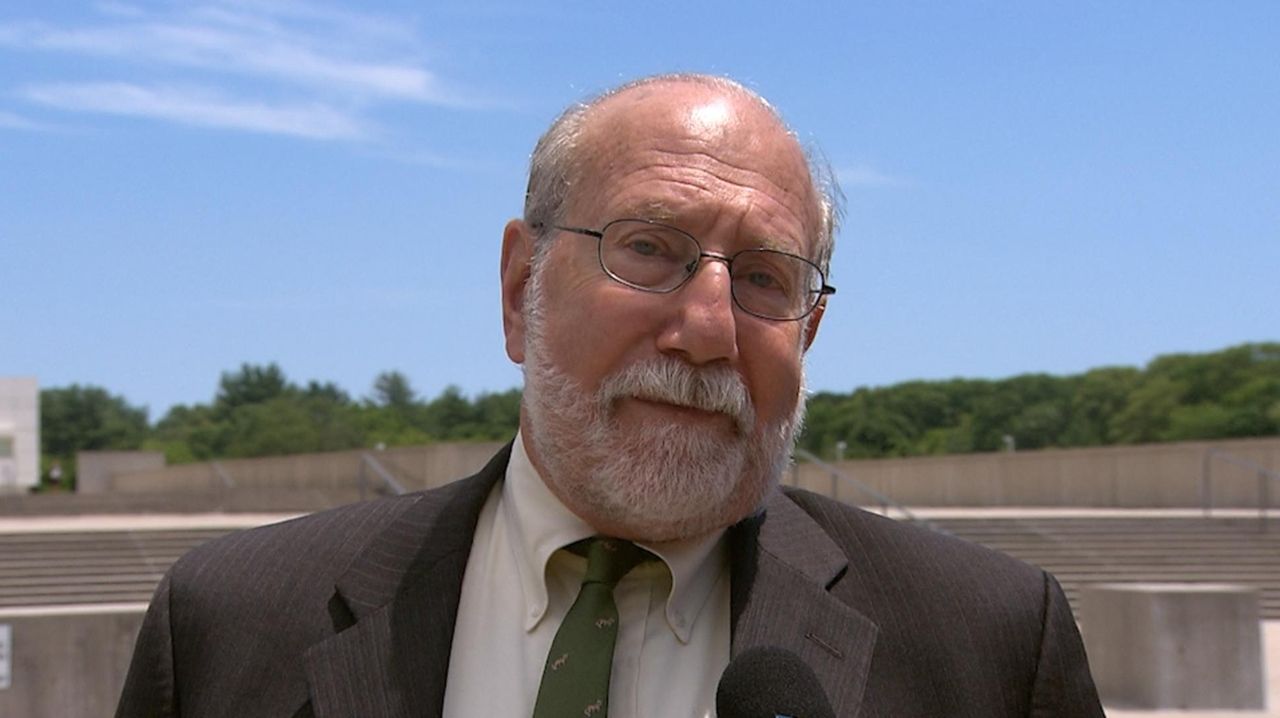 Melvin Marquez-Sanchez, 22, of Freeport, a member of the MS-13 street gang, was sentenced to 40 years in prison on Thursday, June 22, 2017, for two murders he committed on Long Island in 2012, officials said. Credit: News 12 Long Island

A member of the MS-13 street gang was sentenced to 40 years in prison Thursday for two murders he committed on Long Island in 2012, according to officials.

Melvin Marquez-Sanchez, 22, of Freeport, also was sentenced for admitting his role in the planning of a murder in 2013 by the gang in Maryland to where he fled after the Long Island killings, officials said.

But Marquez-Sanchez did not actually participate in the killing in Maryland because he had been arrested before it was carried out, officials said.

Before he was sentenced in federal court in Central Islip, Marquez-Sanchez said through a Spanish interpreter: “I was a soldier in the Mara,” using another name for MS-13.

Marquez-Sanchez also said that he wanted “to apologize to all the victims’ families for all the harm I have caused them . . . I don’t care if you give me life . . . 40 years. I know I committed the crimes and will have to pay for them . . . I took responsibility for all my crimes.”

The two Long Island killings occurred two weeks apart, and Marquez-Sanchez was the actual shooter in both, officials said.

The first murder was the August 2012 killing of Douglas Martinez, 27, in Brentwood. Martinez, of Bay Shore, had been the leader of a clique, or chapter of the gang, but was attempting to break away from it and not “putting in work,” or committing gang violence, anymore, officials said. That killing occurred a day after Marquez-Sanchez turned 18 years old, officials said

The second murder was the September shooting death of Jose Vallejo in Kennedy Park in Hempstead, officials said.

Vallejo was a member of a rival gang and was selling marijuana in the park that MS-13 considered its territory, officials said. Vallejo also had threatened a member of MS-13 who had confronted him, according to officials.

In imposing the sentence, U.S. District Judge Joseph Bianco noted that Marquez-Sanchez’s actions illustrate why MS-13 and its members are such a danger to Long Island and society.

Two weeks after Marquez-Sanchez committed one murder, he is “anxious . . . to commit another murder” he had not even been tasked to do, Bianco said.

“If there ever was a case that speaks for why the MS-13 is such a danger not only to this community as well as to the world,” Eastern District prosecutor Raymond Tierney said of the case, in asking for a stiff sentence

Marquez-Sanchez will most likely be deported to his native El Salvador after he completes his sentence, Bianco said.

Three members of Marquez-Sanchez’s family who were in court declined to comment.

Marquez-Sanchez’s defense attorney, Martin Geduldig of Garden City, who had asked for a 30-year sentence, declined to comment afterward, except to say his client planned to appeal.

Geduldig had asked for the lesser sentence, saying it would give his client a better chance to have a productive life when he got out of prison.