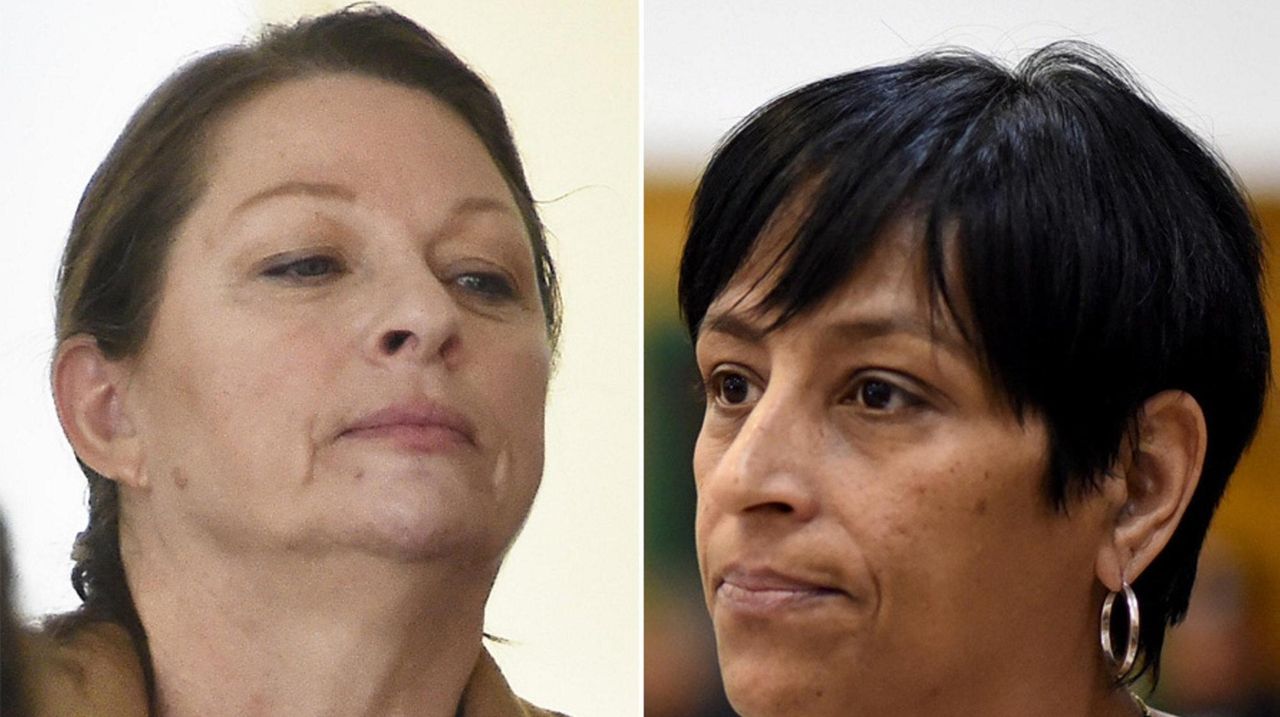 A judge on Thursday refused to dismiss a Patchogue woman’s criminally negligent homicide conviction months after a jury found her guilty in the 2018 death of anti-gang activist Evelyn Rodriguez.

The jury found Drago, a nurse, guilty of criminal mischief and petit larceny on top of the homicide count after hearing testimony and seeing a video that showed the defendant driving over Rodriguez.

It happened during a confrontation by a Brentwood memorial for the victim's slain 16-year-old daughter.

"It's just a big relief ... We have justice and that's all that matters," Kelsey Cuevas, Rodriguez's 22-year-old daughter, said later Thursday about the judge's ruling.

Camacho set Drago's sentencing for Dec. 18. She faces up to 1 1/3 to 4 years in prison on the homicide conviction.

Drago’s attorney, Stephen Kunken, said his client is disappointed and plans to appeal the conviction after her sentencing. Drago ignored a request for comment while leaving court.

The judge's decision was in response to a motion from Kunken that asked Camacho to throw out the top conviction or set aside the whole verdict.

An appellate court, Kunken added after Thursday's ruling, "will have a lot more ability to look not only at the facts of the case but the legal issues."

But Kunken said his first goal will be to convince the judge not to incarcerate his client.

"I don’t think that’s warranted," the Commack attorney said. "...This was such a unique, tragic accident, which I’ve maintained since the beginning."

Suffolk District Attorney Timothy Sini's office had opposed the defense motion, and he had expressed confidence that the jury's verdict would stand.

"Today's decision reaffirms that this was a fair process — one that was based solely on the facts of the case — and a just outcome as determined by the jury," Sini said in a statement Thursday.

Rodriguez can be at peace now, Kelsey Cuevas also said Thursday during an interview at her family's Brentwood home.

"I really just kept my faith and I knew she wasn’t going to get away with it," she added of Drago.

Cuevas said she talks to her mother‘s spirit "a lot" and would tell her Thursday: "We did it, Ma."

The defense had argued in its April filing that the crime of criminally negligent homicide "was not proved by legally sufficient evidence beyond a reasonable doubt as a matter of law."

Kunken also argued while asking Camacho to toss the verdict that the judge's failure to disqualify Sini and his staff from handling the case "created an impermissible appearance of impropriety due to a conflict of interest."

Rodriguez, 50, of Brentwood, had served on Sini’s transition team and he gave a eulogy at her funeral — with the two developing a close personal and professional relationship after her teenage daughter’s killing, Kunken's motion said.

With its verdict, the jury decided Drago caused Rodriguez’s death with criminal negligence by running over Rodriguez in her Nissan Rogue on Sept. 14, 2018, on Ray Court.

The slayings sparked the mother to become outspoken against gang violence before her own life ended on the day she planned to hold a second anniversary vigil for Kayla.

The confrontation, which News 12 Long Island captured on video, began after the victim and Freddy Cuevas — Kayla’s father and Rodriguez's long-time companion — rushed to the block after hearing the memorial for Kayla had been destroyed.

Prosecutors said during the trial that Drago dismantled the memorial, which included a portrait of Kayla in her Junior ROTC uniform and flowers, so potential buyers of her mother’s home wouldn’t be scared off by the nearby tribute.

News 12 reporter Eileen Lehpamer, who witnessed the 2018 encounter and called 911, testified during Drago's trial that the parents arrived on the block after she contacted Rodriguez to tell her the memorial had disappeared ahead of the vigil the TV station had planned to cover.

The News 12 video showed Kayla’s parents approaching Drago’s Nissan on foot, shouting expletives, pointing and demanding the return of memorial items they saw in the vehicle.

But Drago piloted the vehicle forward, running over the grieving mother with both driver’s side tires.

Kunken argued during the trial that Drago feared for her life and eased the Nissan forward to try to escape the threat after she believed the couple had moved away from her vehicle.

The defense also claimed Drago was suffering from post-traumatic stress disorder after a 2008 attack by a patient at work and that the confrontation with Rodriguez and Cuevas triggered a fight-or-flight response.

But prosecutors contended the parents didn’t have weapons and made no physical threats before Drago accelerated at the same time Rodriguez took a step forward.

Rodriguez’s head then hit the ground and her body went under the Nissan as the news camera rolled — creating the chilling video that jurors saw repeatedly.

The mother suffered a fractured skull and brain injury less than 300 feet from where police had recovered her daughter Kayla's remains.

CORRECTION: A previous version of this story misstated the sentence Drago could face due to an editing error.

Anniversary of anti-gang activist's death markedFamily and friends held a vigil for Evelyn Rodriguez and her daughter Kayla Cuevas at the anniversary of their deaths in Brentwood. Defense wants verdict set aside in Evelyn Rodriguez caseSeparately, the new motion from Ann Marie Drago's attorney also asks Acting State Supreme Court Justice Fernando Camacho to dismiss that top charge — saying there wasn't enough evidence to prove it. Driver guilty on all counts in activist Evelyn Rodriguez's deathA jury convicted Ann Marie Drago of criminally negligent homicide after a 2018 confrontation in which she ran over anti-gang activist Evelyn Rodriguez.