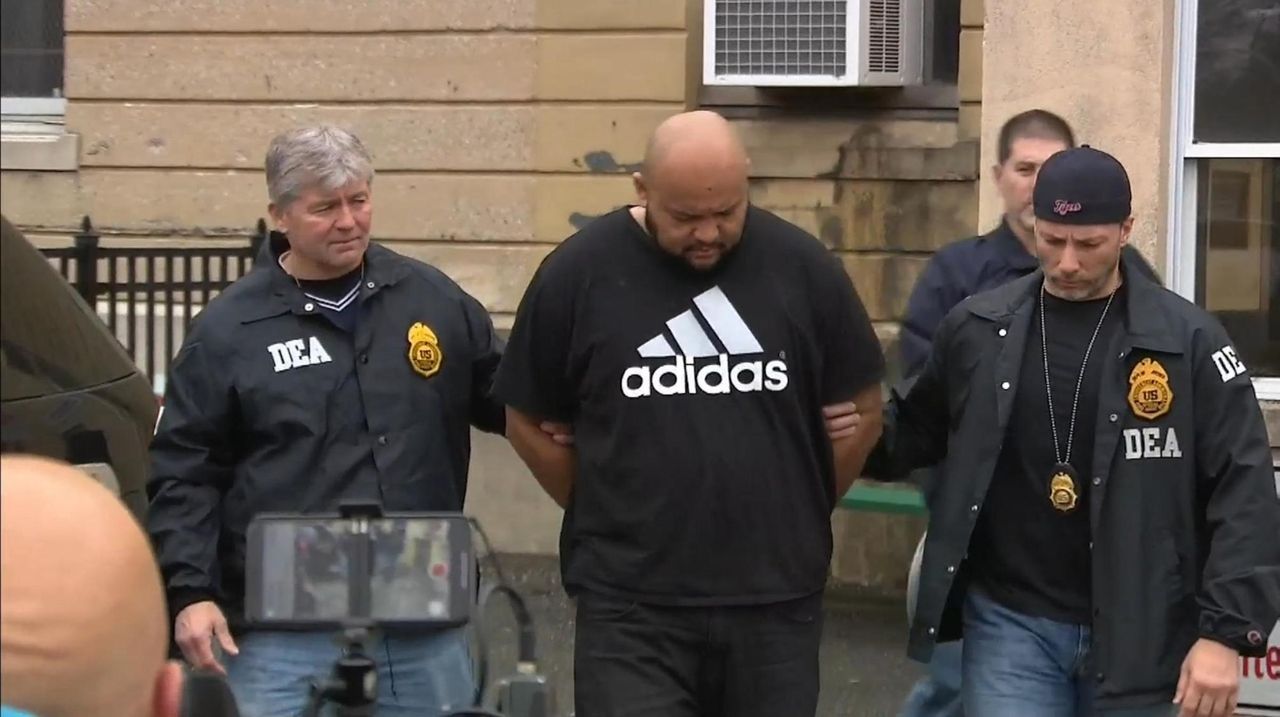 The East Coast’s alleged MS-13 kingpin faced accusations in court Thursday that he ran a four-state gang network that is linked to murder plots and drug trafficking on Long Island.

His arrest represents one of the county’s biggest takedowns of MS-13 operatives to date, said authorities. They said the bust will deal a crippling blow to the notorious El Salvador-based gang whose brutality has pervaded the region.

Miguel Angel Corea Diaz was held without bail during his arraignment in Nassau County Court in Mineola. He pleaded not guilty to charges including conspiracy to commit murder. If convicted, he could face life in prison.

Corea Diaz, known as “Reaper,” was a hands-on leader, prosecutors say. He had the final say on plans to murder or assault rivals as well as members accused of disrespecting the gang or cooperating with law-enforcement officials.

“He was getting down into details like how deep to dig a hole where they would dispose of a body,” said Nassau District Attorney Madeline Singas.

Corea Diaz’s arrest is the result of a seven-month investigation conducted with 22 other law-enforcement agencies from the United States and other nations.

“This was a massive investigation that yielded a very notorious and high-ranking gang member,” Singas said. “It’s not going to be easy to recover from this.”

Corea Diaz had been held on drug charges in Prince George’s County Detention Center in Maryland in lieu of $125,000 bail since October. He was extradited to Nassau County earlier this week. His attorney, Scott Gross of Garden City, declined to comment after Thursday’s arraignment.

Prosecutors said Corea Diaz, who is from El Salvador, was the head of the Sailors clique and had dozens of gang members under his command. He served as a bridge between the gang’s leadership in El Salvador and its members in New York, New Jersey, Pennsylvania and Maryland, prosecutors said.

The indictment said Corea Diaz directed the gang’s drug operations in New York, New Jersey, and Maryland and had a drug trafficking operation in Texas. Singas said investigators seized more than 4 kilograms of heroin — street value more than $1 million — in the Bronx, Texas and Maryland.

“When you think about the reach that he had, from El Salvador into Nassau County and Uniondale and then into places like Maryland, into places like Texas, he is a significant player,” Singas said.

James Hunt, the special agent in charge of the Drug Enforcement Administration’s New York Division, said the investigation that resulted in the indictment began as a probe into heroin in Nassau County but quickly expanded once authorities uncovered MS-13’s role in trafficking.

He said authorities in El Salvador have charged more than 50 alleged MS-13 members with crimes as a result of information gleaned from the Nassau investigation.

“By arresting the head of the Northeast faction of MS-13,” Hunt said, “we have crippled MS-13’s operations both in New York and in El Salvador.”