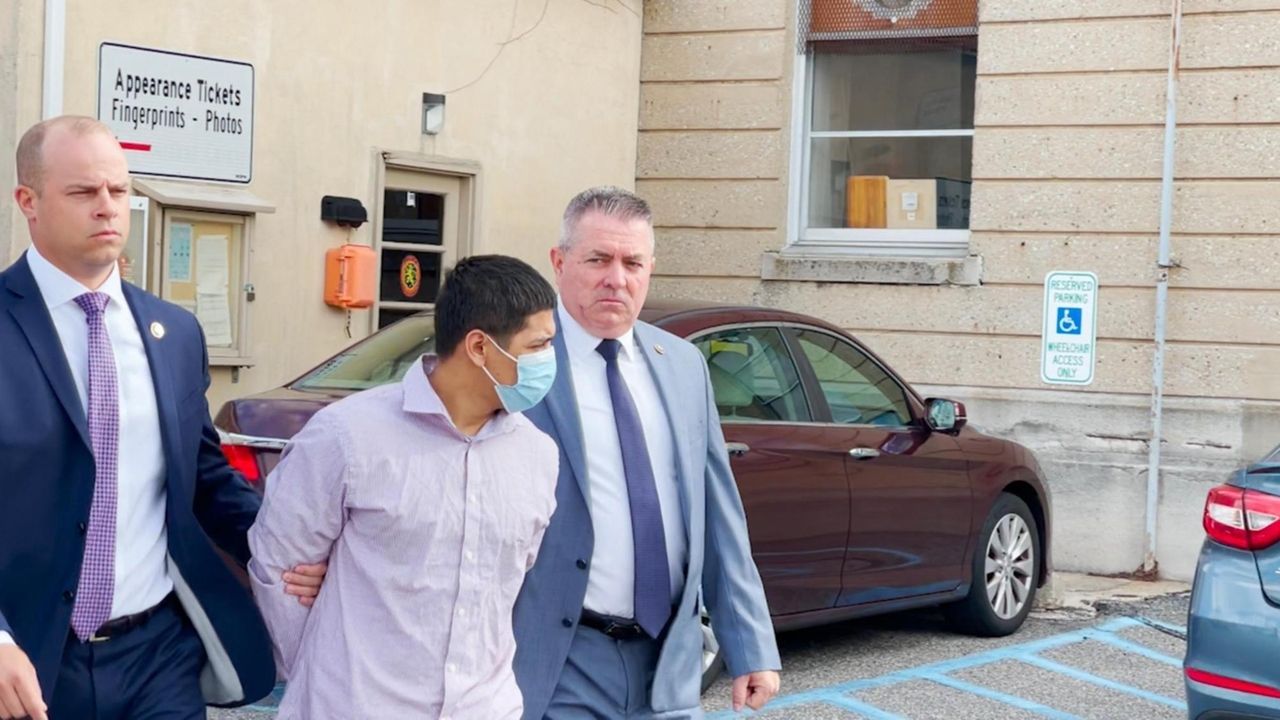 Nassau County police said Tuesday that they were able to find the remains of a teenager who disappeared six years ago, and charge a Uniondale man in the case, due to information developed during the investigation of MS-13 gang-related cases.

"Information from all of those cases [MS-13 case investigations] developed the information to bring us to that area," Nassau Homicide Squad commander Det. Lt. Stephen Fitzpatrick said at a news conference Tuesday, explaining how investigators recovered the remains on July 20 from a wooded area along the west side of the Meadowbrook Parkway in Uniondale.

He added, "I won't get into evidence, but suffice to say that everything led us to Jeustin [Maldonado] as well as others that will be arrested."

Jeustin David Maldonado, 22, of Uniondale, was arrested Monday and charged with second-degree murder in connection with the death of Gerson E. Pineda, 19, of Hempstead, who went missing in September 2015.

Fitzpatrick said he expects at least three more people will also be charged.

Maldonado, who already was being held on unrelated charges, was arraigned Tuesday in First District Court in Hempstead. He remains in custody.

Police have not released details on how Pineda was killed, but said Tuesday that Maldonado is a "known" member of MS-13.

Footage Tuesday showed Maldonado handcuffed and wearing a pinstriped shirt, dark slacks, black and white sneakers and a COVID-19 mask, as he was led from police headquarters by two plainclothes detectives en route to his arraignment.

He did not speak to reporters.

It was not immediately clear if Maldonado is represented by counsel on the murder charge.