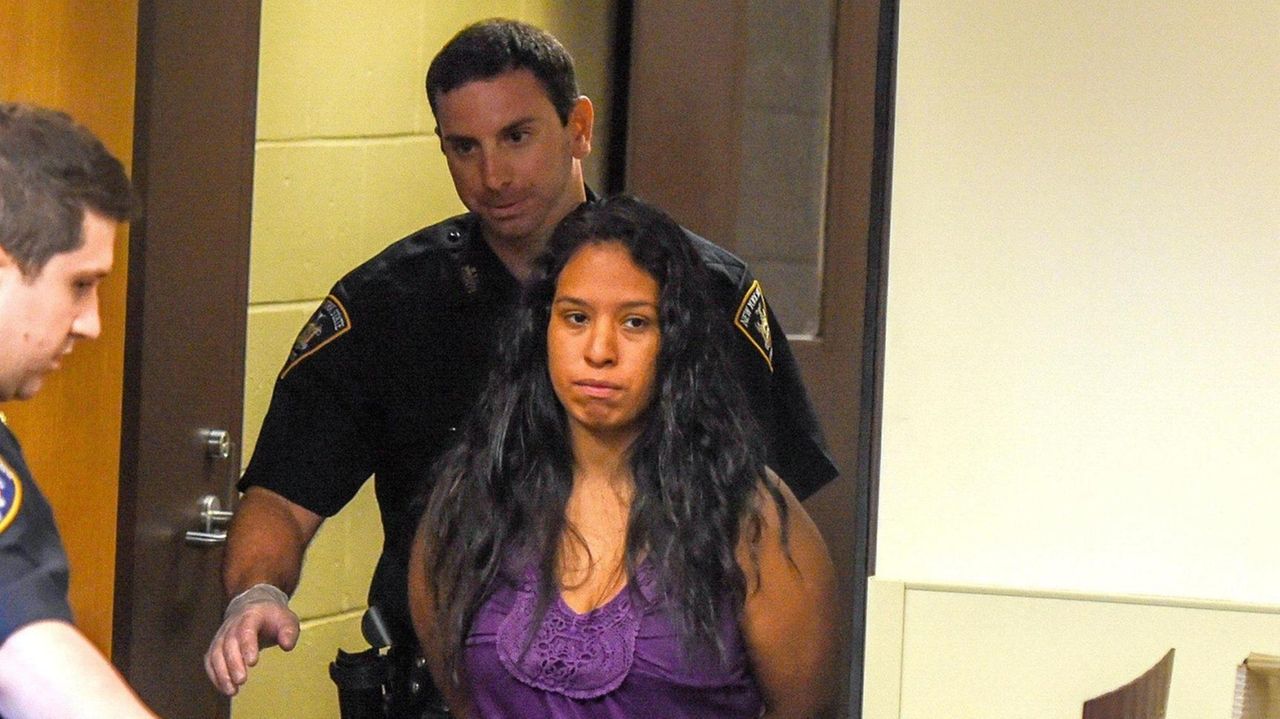 A Huntington Station mother thought the best way to get her ex-husband to come back to her was to have his mother and 5-year-old daughter from a previous relationship murdered, Suffolk prosecutors said Tuesday.

Then, Assistant District Attorney Anne E. Oh said, the man would be so lonely that he would return to Elsy Rodriguez Garcia's arms four months after they divorced. When the plot didn't succeed, Rodriguez Garcia, 25, was arrested earlier this month and charged with two counts of first-degree attempted murder and two counts of second-degree conspiracy.

Rodriguez Garcia, who was arraigned Tuesday, pleaded not guilty to an indictment, and state Supreme Court Justice William Condon ordered her held on bail of $750,000 cash or bond. Condon said it was "ironic" that she is accused of trying to have a 5-year-old girl killed when she has two young children of her own and works in a pediatrician's office.

Oh said Rodriguez Garcia sent photos of the man's mother, 57, and daughter via the messaging app WhatsApp to the man she believed was an assassin and arranged to have the killings take place in Ecuador as part of a staged robbery, hoping that such a crime wouldn't get much attention there.

But Rodriguez Garcia's attorney, William Ferro of Hauppauge, said there was nothing to the charges. "She's a good young lady" who had no intent of killing anyone, Ferro said.

"This is a crime that never could have been committed," Ferro said, noting that police said she reached out first to her ex-husband's brother to find an assassin. He said payment was never offered or made for the alleged crime. Family members attended the arraignment in Riverhead in support of Rodriguez Garcia, but did not comment.

District Attorney Timothy Sini said that when Rodriguez Garcia was shown a doctored photo purportedly of two bloody dead bodies lying in a clearing, she approved and said she would wire the $6,000 fee the next day. Instead, she was arrested. Her commitment to pay showed her intent, Sini said. The intended victims were not in Ecuador at the time, he said.

"She wanted to have them disappear so her ex-husband would spend time with her and her children," Sini said. The ex-husband, who was not named in court, is the father of one of her two children.

"This isn't a frequent type of case," Sini said.

The plot unraveled because her ex-husband found out about the plan and told police, Sini said.

Police Commissioner Geraldine Hart said it was an important arrest because "individuals like Rodriguez Garcia don't usually stop until they get what they want."

Sini said the investigation is continuing and would not say if others will be charged.