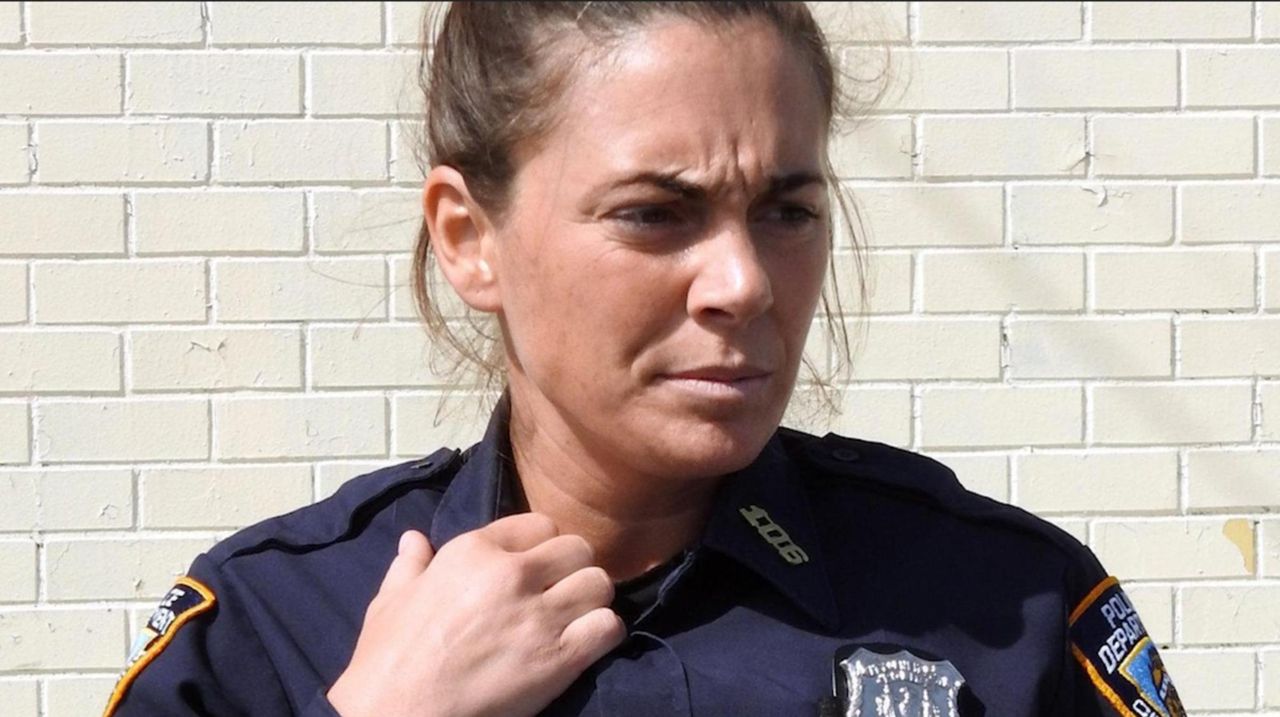 Former NYPD officer Valerie Cincinelli was sentenced Friday to 48 months in prison for obstructing a grand jury investigation into a plot to hire a hit man to kill her estranged husband and the 13-year-old daughter of her ex-boyfriend.

But with 30 months time served and seven months credit for good behavior, Cincinelli, 37, of Oceanside, could be eligible for home confinement within five months, her attorney James Kousouros said. The former Queens-based police officer pleaded guilty in April to a single count of obstruction of justice.

Surrounded by family members, Cincinelli appeared in federal court in Central Islip where she took responsibility for her actions while simultaneously attempting to explain her actions, arguing that she had been tormented for a year by her boyfriend, John Dirubba.

"I can’t believe I allowed myself to get to that place, that dark place," Cincinelli told U.S. District Judge Joanna Seybert through tears.

Despite audio recordings and text messages that appear to show the seriousness of the scheme, Cincinelli said she never intended to follow through on the murder-for-hire plots.

"I never believed it could possibly happen," Cincinelli said. "I said horrible things but every word that came out of my mouth was lies."

Assistant U.S. Attorney Catherine Mirabile said the recordings showed Cincinelli fully intended to go through with the murders, which only failed to transpire because Dirubba cooperated with the FBI.

Prosecutors contend Cincinelli was driven to break the law by greed, as she didn’t want to share her pension with her estranged husband, Isaiah Carvalho, with whom she was going through a bitter divorce and custody battle over their son.

And Cincinelli thought Dirubba was lavishing too much money and spending too much time with his teenage daughter instead of with her, officials said. Cincinelli had a contentious relationship with the teen and would cyber-stalk the girl on social media, prosecutors said.

In court Friday, Isaiah Carvalho called his estranged wife a "manipulator" who would "do whatever it takes to keep her money."

Carvalho fears for his life if she is released from prison. "She will find someone to finish the job," he said.

Dennis Lemke, Carvalho's attorney, said they were disappointed with the sentence and fear that Cincinelli remained extremely dangerous.

As part of the plea deal, prosecutors agreed to drop two murder-for-hire charges, which each carried a penalty of up to 10 years in prison.

Under federal sentencing guidelines, Cincinelli had faced 46 to 57 months in prison. But prosecutors sought 60 months behind bars for Cincinelli because of the seriousness of the crime and her position at the time with the NYPD. Kousouros, meanwhile, argued for time served.

Seybert largely split the difference, noting that while Dirubba may have steered Cincinelli down the wrong path she needed to take responsibility for her actions.

"You have to sit down and get your act together," she instructed Cincinelli.

Dirubba, who cooperated with the FBI, recorded many conversations about the alleged plot and about concocting their respective alibis. The defense described the recorded conversations as unserious venting and characterized Dirubba as a "liar" who conspired with Carvalho to ruin Cincinelli's life.

"She lived a stellar life up until the point she met John Dirubba and then she suffered an unrelenting barrage over the course of a year," Kousouros said. " … She became unhinged and unfortunately committed the conduct that she was accused of."

Prosecutors said Cincinelli was tricked into talking about the plot with a cooperator after being shown a photo of her "murdered" estranged husband that the FBI staged. In February 2019 she withdrew $7,000 from a bank to pay the "hit man."

Cincinelli admitted that in May 2019, she deleted iPhone images while intending to obstruct a federal grand jury probe into the murder-for-hire charges.

Mirabile said Cincinelli, who resigned from the NYPD in March, used her experience as a police officer to destroy evidence and concoct fake alibis for the murders.

EX-NYPD officer pleads guilty to obstruction in murder-for-hire plotA now-former NYPD officer from Oceanside pleaded guilty Friday to obstructing a grand jury investigation into her alleged plot to hire  a hit man to kill her estranged husband and the teenage daughter of her boyfriend.