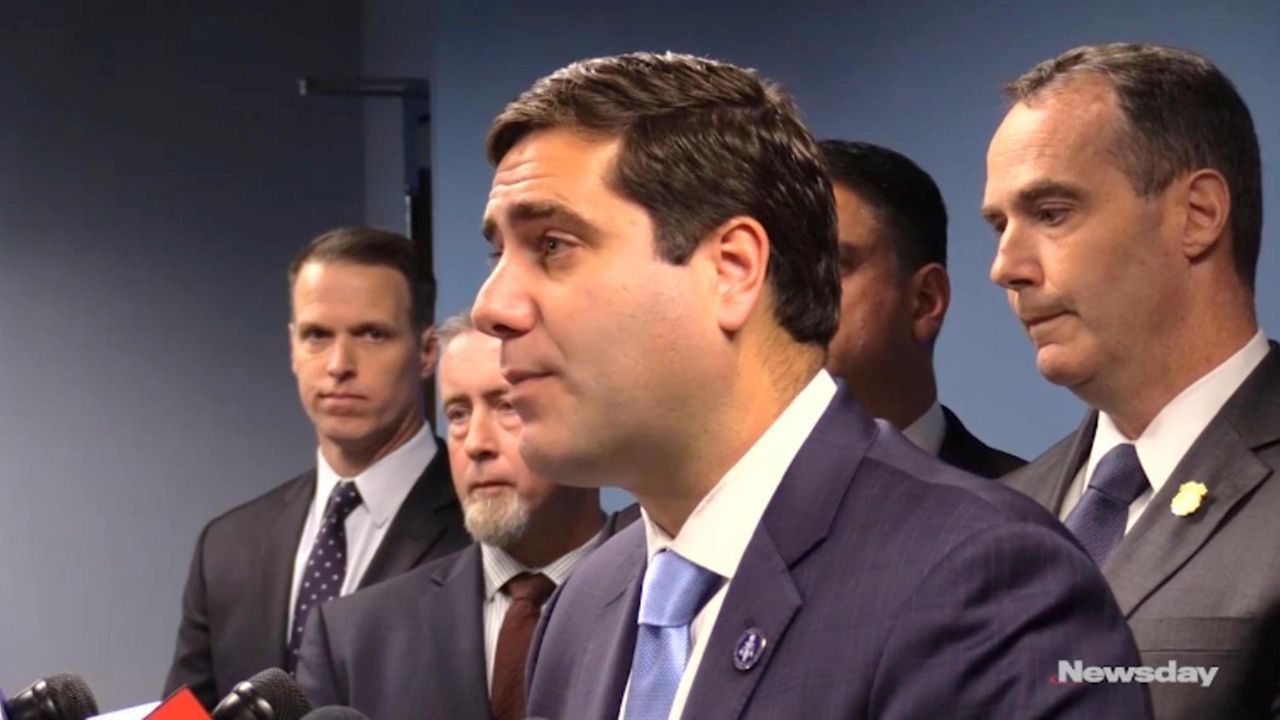 Suffolk authorities say they have indicted 19 people in connection with an alleged drug trafficking ring that operated Islandwide and reached into New York City and that has been linked to three fatal overdoses.

The ring is accused of selling heroin, cocaine, crack, opioid pills and other narcotics, authorities said. Suffolk County District Attorney Timothy Sini said the suspects in the “multimillion-dollar ring” would sell to dealers, at amounts such as 100 grams at a time, and change their prices depending on the area. They are also accused of manufacturing drugs, including crack cocaine and pills.

The yearlong investigation, called “Operation Moneygram," is part of an attempt to stem the heroin epidemic ravaging Nassau and Suffolk counties. As part of the effort, there has been increased enforcement and arrests of dealers and suppliers, in conjunction with connecting addicts to treatment.

“It’s critical that we take out these traffickers,” Sini said at a news conference in Hauppauge on Thursday. “We’re going to keep the pressure on.”

Authorities said they seized more than 425 grams of heroin — or 15,000 individual doses with a street value of $150,000 — and took down the ring's alleged leader, Sheron Davis, 31, of Baldwin, known as “Money Ron.” Davis, the investigation's main target, allegedly differentiated himself from street dealers, authorities said. He was the ringleader of a network of dealers, to whom he sold narcotics and charged more for drugs in Suffolk County than in Queens, and is believed to be a member of the Bloods gang, officials said.

The bust included search warrants executed in five locations on Monday,  among them the ring's manufacturing and stash house in Hempstead, Davis' home in Baldwin and another defendant's home in Freeport. It resulted in the seizure of drugs, a hydraulic kilo press, surveillance equipment, weapons, ammunition, scales and packaging materials, about $4,000 cash, BMWs and a 2018 Toyota Camry with secret compartments typically used to transport narcotics, authorities said.

Fourteen of the 19 suspects are in custody and five have yet to be arrested, he said.

The defendants, who officials say include alleged members of the Bloods known as the Nine Trey Gangsters, are each charged with one count of second-degree conspiracy that could result in a maximum sentence of 8⅓ years to 25 years in prison, if convicted, officials said.

"Once we target a drug crew responsible for pushing poison in our hometowns, we put them where they belong and that's in jail," said Timothy Flaherty, assistant special agent in charge for the U.S. Drug Enforcement Administration.

Sini said the investigation began  in October last year after police received intelligence on overdoses linked backed to a dealer, who was allegedly supplied by Davis. Sini would not comment further on the three fatal overdoses  or whether the defendants would be charged in connection with them. He would say only  that two occurred in Suffolk County and one in Nassau.

“It is clear that the world of drug dealing on Long Island is without borders,” he said,  adding that the defendants were “out to make a profit without regard for human life.”

Eleven defendants were arraigned Wednesday, officials said. Key and Lombardo were arraigned Thursday. Information about their arraignments was not available through online court records Thursday afternoon and it was not known  whether they had retained legal counsel.

One defendant is incarcerated on other charges and has yet to be processed in this case, officials said.