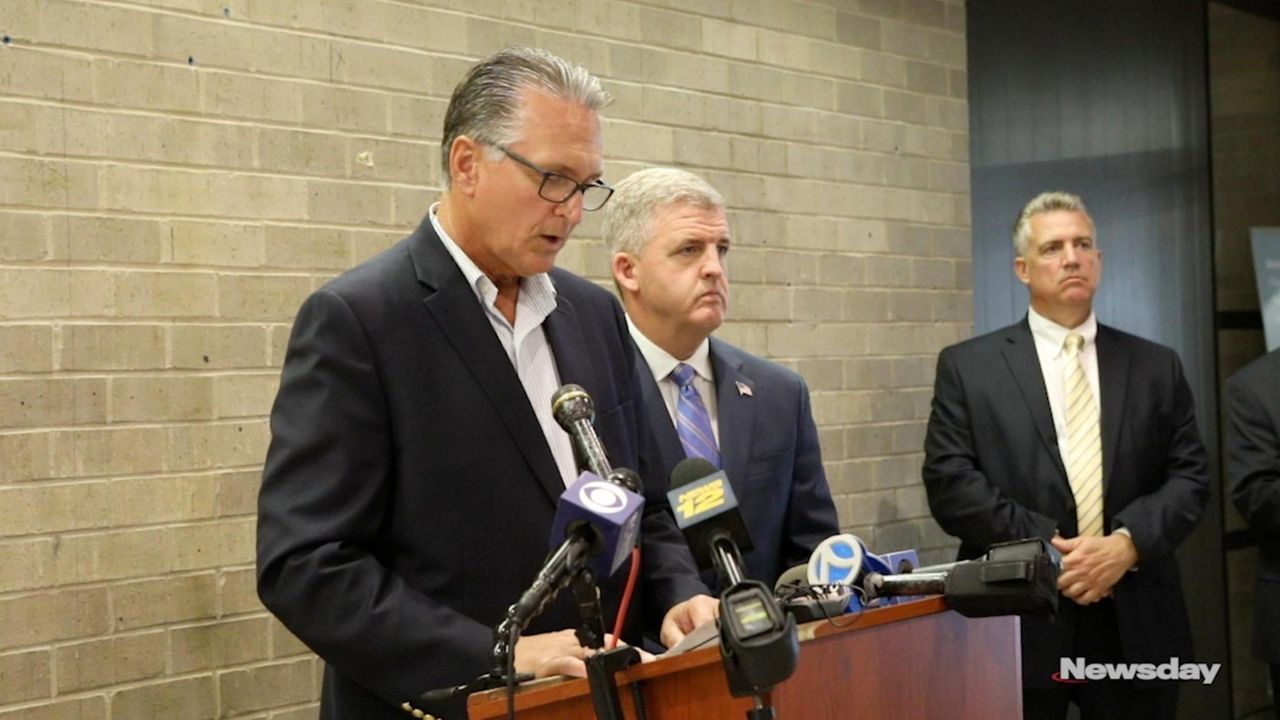 The first deputy commissioner for the NCPD said on Saturday a motorcycle officer struck by a hit-and-run driver was in critical but stable condition at the Nassau University Medical Center. He said the suspect, arrested about 30 minutes later, will be charged with several crimes, including leaving the scene of an accident.  Credit: Marisol Diaz-Gordon

A Nassau County police officer was in critical but stable condition Saturday after his motorcycle was broadsided in a hit-and-run collision in North Bellmore, police said. Police later located and arrested the suspected driver.

The officer, a 14-year veteran, was taken to Nassau University Medical Center, where he was soon surrounded by family and fellow officers, Deputy Police Commissioner Kevin Smith said.

He was identified by the Nassau County Police Benevolent Association as George Day.

“We are praying for the full recovery of Nassau County Police Officer George Day who was struck by a vehicle while on patrol on his motorcycle today," PBA president James McDermott said in a statement. "This is a reminder of the danger that our officers face every day while in the line of duty.”

The officer was on patrol at 8:20 a.m. on Bellmore Avenue in North Bellmore when police say the suspect, Hussam Rajab, driving a Subaru Forrester SUV, ran a stop sign heading west on Alice Avenue, broadsided the motorcycle, and sped away.

“This collision was pretty violent,” Smith said. “Our officer was thrown a good distance away and his bike was thrown an even greater distance.”

The front bumper and license plate fell off the Subaru.

A highway patrol officer spotted the Subaru about 30 minutes later heading east on Sunrise Highway near the Meadowbrook Parkway, where the driver was stopped and arrested, Smith said.

Rajab, 40, of North Bellmore, was charged with leaving the scene of an auto accident with a serious physical injury. He will be arraigned Sunday in Hempstead.