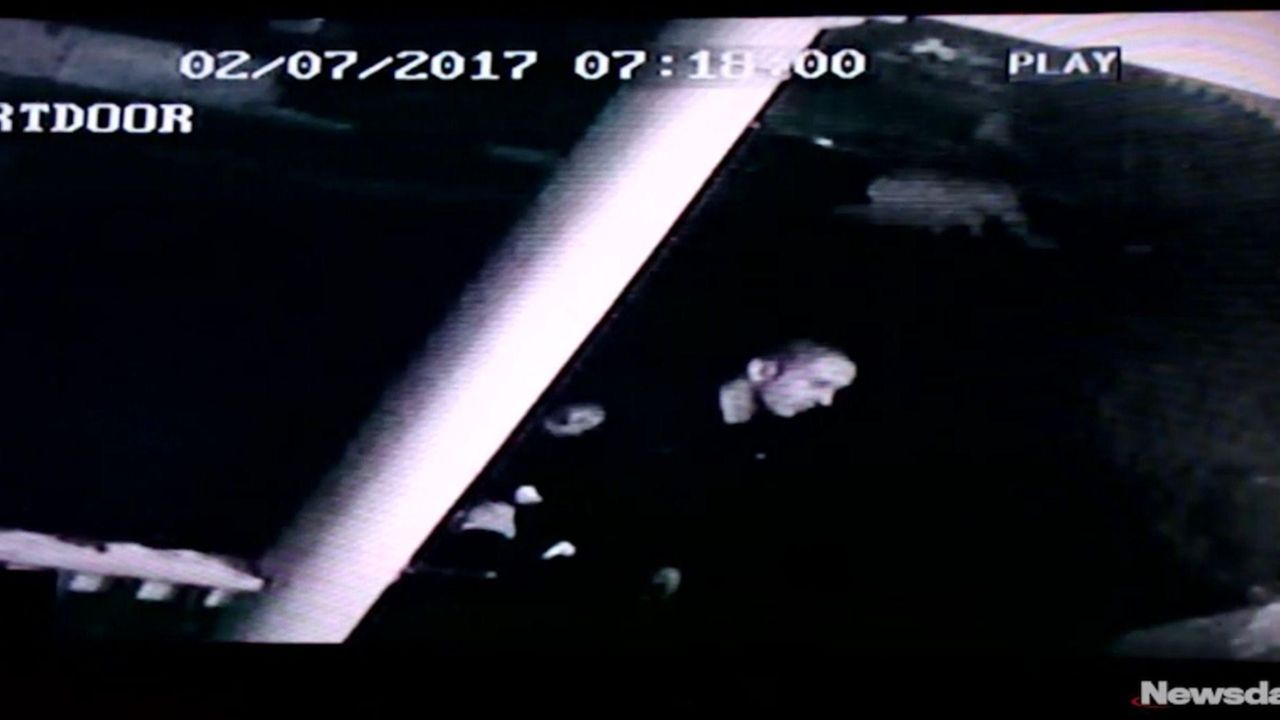 Lawyers for Robert Besedin say surveillance video shows Nassau police officers falsely accused him of assaulting a cop and resisting arrest in an encounter that left Besedin injured. Police say Besedin, a Baldwin auto shop owner, slapped an officer's hand before his February arrest, and that he had made threats and used profanity during several 911 calls. Police said the department's Internal Affairs unit and the Nassau County district attorney's office are investigating the incident. Above, watch an abbreviated version of the video provided by Besedin's attorney. A full version can be found linked in the story. Credit: News 12 Long Island

Lawyers for a 72-year-old Baldwin auto shop owner say surveillance video shows Nassau police officers falsely accused him of assaulting a cop and resisting arrest in an encounter that left the man injured.

But Nassau police say Robert Besedin slapped an officer’s hand before his February arrest, and that he had made threats and used profanity during 18 different 911 calls to police in the preceding five-hour period. Police said the department’s Internal Affairs unit and the Nassau County district attorney’s office are investigating the incident.

Besedin was charged with felony second-degree assault, misdemeanor resisting arrest and harassment, a violation. The felony charge carries a maximum penalty of 7 years in prison. His bail was set at $5,000.

In criminal complaints, the officers wrote that Besedin “did flail his arms, kick and scream and push” an officer identified only as “Officer Mantovani” down the steps when Mantovani and Officer Stephen Beckwith responded to the 911 calls at Besedin’s Harrison Avenue home on Feb. 7 at about 7:12 p.m.

One of the complaints alleges Besedin slapped Beckwith’s hand as the officer was ordering him to back away from them.

Mantovani, according to the complaint, was treated at South Nassau Communities Hospital for a sprained left ankle, hand lacerations, and pain and swelling to his left wrist and back.

Besedin, an Air Force veteran who does not have a prior criminal record, said he did nothing to provoke the officers outside his house, and didn’t slap the officer, but was “talking with his hands,” when the officers grabbed him, pulled him down his front steps and slammed him on the ground. Besedin was left with scrapes, bruises and back pain.

“If they would have asked me to go with them, I would have gone,” Besedin said in an interview. “For what reason? They didn’t give me any reason. Just boom. . . . They didn’t see the camera, I guess.”

Brewington filed a notice of claim, a precursor to a lawsuit, on May 5 against the county and the police department “to recover money damages for mental anguish, pain and suffering and monetary damages” for violating Besedin’s constitutional rights. Brewington also alleges that Mantovani and Beckwith lied about Besedin assaulting them.

Besedin said he has lasting back pain as a result. Besedin was taken by police to Nassau University Medical Center after his arrest.

“The claim that he, Mr. Besedin, attacked them, slapped somebody or threw them down steps is just not true,” said Brewington, as he played the video in his Hempstead office.

The grainy black-and-white video appears to have been taken from a surveillance camera attached to the front of Besedin’s home. The fixed-view images appear to show the front steps and part of the front porch. The video, which runs roughly 19 minutes, did not consistently show all three figures — Besedin and the two officers — during the encounter.

Det. Lt. Richard LeBrun, the department’s chief spokesman, said in a statement that the department is investigating Besedin’s allegations.

“The arrest of defendant Robert Besedin occurred on February 7, 2017 and he did not initiate a complaint to the Police Department and District Attorney’s Office until April 11, 2017,” LeBrun wrote. “Defendant Besedin called 911 on eighteen different occasions within a five hour period on the date of his arrest, thus threatened and used profanities towards the Communication’s Bureau 911 Operators. This case is currently under investigation with our Internal Affairs Unit and the District Attorney’s Office.”

James McDermott, president of the Nassau Police Benevolent Association, the union representing the department’s rank and file, said, “When everything comes out, I’m confident our officers will be exonerated.”

In response to detailed questions, Miriam Sholder, a spokeswoman for the district’s attorney’s office, said in an email that prosecutors are “reviewing the matter.”

Brewington, when asked about the 911 calls and the allegations that Besedin used threats and profanity during them, said: “We’re looking forward to evaluating those calls. but nothing they alleged that he has done would subject him to that level of abuse.”

Brewington said his client suffered “post-concussion syndrome” and has lost money as a result of his inability to work due to his injuries.