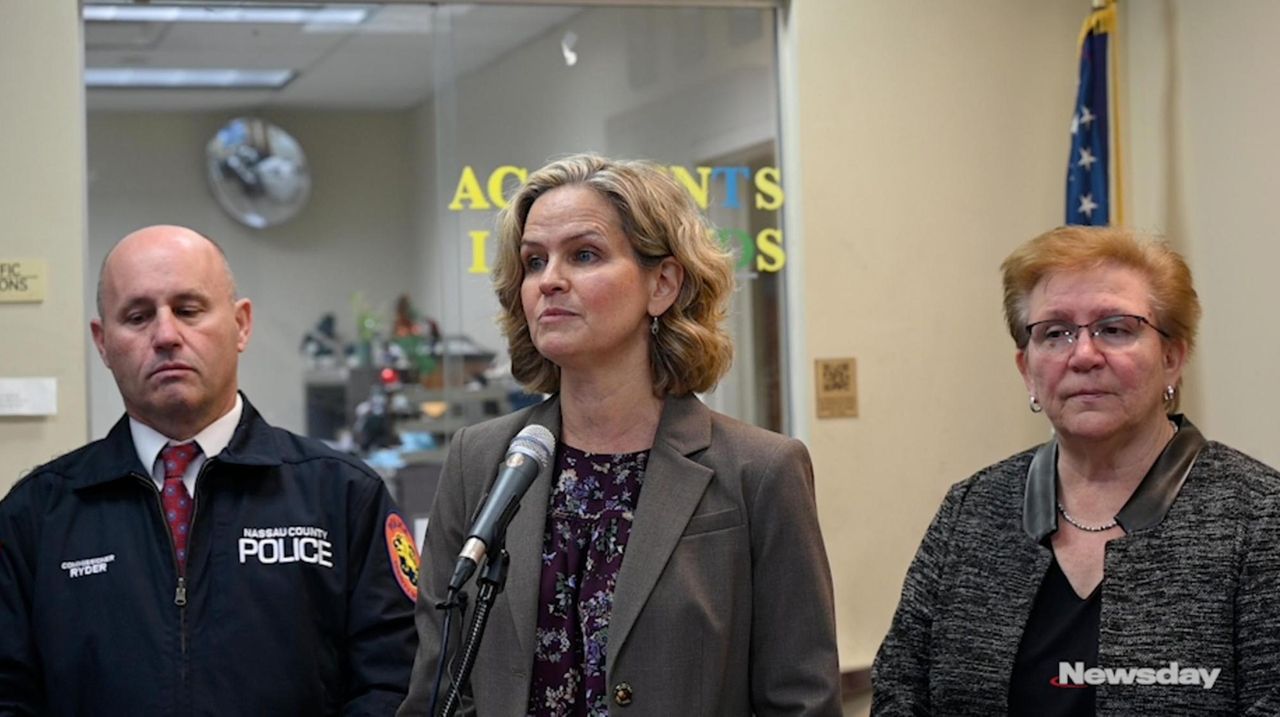 County Executive Laura Curran and Police Commissioner Patrick Ryder detailed the measures Tuesday as they released plans to comply with the law after calls from Republican lawmakers concerned about whether the county was prepared to address public safety needs of surrounding communities.

"Earlier this year, I directed agencies to prepare for the safe and orderly transition to the new criminal justice procedures," Curran said at a news conference with Ryder. "The sheriff's department will have the necessary staffing levels in place to facilitate a higher than average number of discharges on December 31st of this year."

Curran said a plan is in place to control family pickup in the East Meadow jail's parking lot, double the number of NICE buses running December 31 along N48 Carman Avenue and provide transportation for those released. The county's Department of Social Services has been pre-screening those eligible for release under the new law to assess their needs, including shelter, food and healthcare, officials said.

About 10 to 20 percent of released inmates will require temporary housing, county officials said.

Discharge will begin as early as possible on December 31, when judges sign off on each inmate's release. The Nassau County Police Department will have intensified patrols in the neigborhood surrounding the jail, Curran said.

"We've been pro-active — working for months on this plan — jointly planning with all necessary county agencies, not only for the release on December 31 but going forward as well," the county executive said.

Nassau has allocated $6.1 million in its 2020 budget to implement the new state law. About $3.7 million will go to the district attorney's office, $900,000 to a new office for crime victim advocates and $1.5 million to the Department of Probation, Curran administration officials said.

Ryder said county police would ensure the orderly release of inmates and "make sure there are no problems to the East Meadow community."

"If there is a problem, we will enforce the law. If you break the law, we will lock you up," Ryder said. "…We will make sure these individuals will respond back to their communities and hopefully attend court when they are supposed to attend court. If not, then a warrant will be issued and we will address the warrant."

Neither Curran nor Ryder commented on whether they supported the law.

"This was passed in Albany," Curran said. "The law is the law and we have to deal with it."

Ryder said the bail reform law's affect on the police department, public safety and quality of life won't be known for several months.

Legis. John Ferretti (R-Levittown) on Monday called for Curran to publicly oppose the law and said her stance is not firm enough. She needs to join the Republican majority in the county to advocate for the repeal of the law or "common sense changes," he said.

“[Curran] needs to publicly condemn this bail reform and apply pressure on her Albany allies to reverse it," Ferretti said. "That’s how we get things done.”

Suffolk County has made similar investments in law enforcement to comply with the while ensuring public safety, officials said.

“We have already taken a number of measures to ensure that Suffolk’s law enforcement agencies are prepared for when New York state's bail reform law goes into effect on January 1," Suffolk County spokesman Derek Poppe said. "Over the last several months, we have hired additional probation officers and made historic investments in additional GPS tracking devices to ensure we are closely and effectively monitoring individuals as required by the judge."

Nassau's plan for the December 31 release of some pre-trial inmates at the county jail includes: