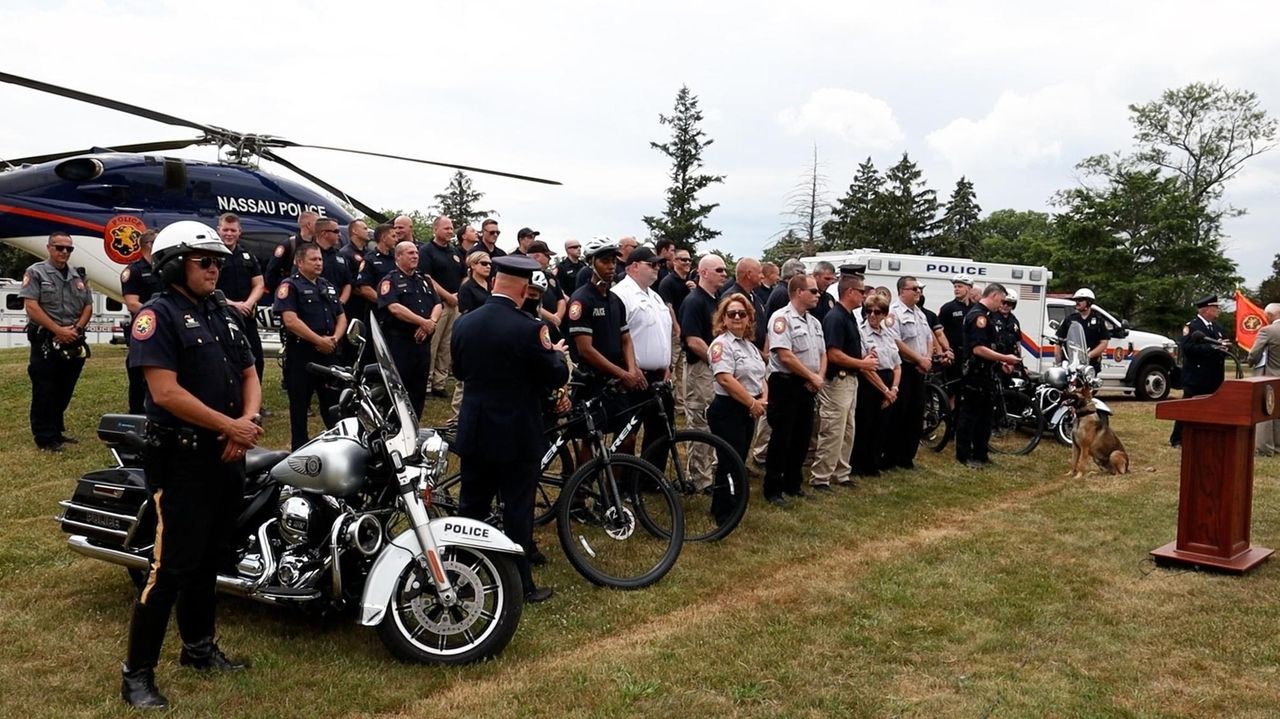 Major crimes dropped 10.5% since last year in areas Nassau police patrol, according to top county officials, who also said Thursday an exception to the trend was a 39% increase in episodes of gunshots fired.

"We will do everything we can and put whatever resources necessary out there to make sure that we are keeping our community safe. And a big part of that is community engagement," Curran said before speaking of a recent addition of eight "problem-oriented police officers" to local precincts.

Those officers operate under a community-policing model, working closely with residents to address crime and quality-of-life issues.

"We’re continuing to build those ties with community to make sure that we’re making those connections, we’re building that trust," Curran added.

She and Ryder cited a 40% drop in homicides, a 15.7% drop in burglaries, a 12.3% drop in stolen vehicles, an 11% drop in grand larcenies, a 7.3% drop in robberies and a 4% decline in felony assaults while announcing an overall 10.5% decrease since last year in what they described as major crimes.

Those numbers, which compare the year-to-date to the same period in 2020, don’t account for crimes in Nassau villages or cities that have their own police departments. For example, homicides dropped 22% countywide when including all locations, Ryder said.

Curran, a Baldwin Democrat up for re-election this year, introduced Ryder at Thursday's news conference as "our wonderful leader of this police department" as dozens of police personnel backed them up on a grassy park knoll along with equipment that included a helicopter, ambulance and Emergency Service Unit truck.

Curran recently resisted calls from some civil rights leaders for Ryder’s resignation or firing after remarks he made to Newsday in which he attributed a lack of diversity in the police department’s hiring to minorities coming from "broken homes." Ryder later apologized for his comments.

The commissioner said Thursday major crimes were down 36% in the past decade. He also discussed the upward trend in gunshot incidents.

Police spokesman Det. Lt. Richard LeBrun said later that 70% of the increase in those incidents resulted in no injury. The others were a combination of people injured or killed by gunfire.

In 2020, which Ryder called "an odd year" when he said most people were confined to their homes — amid the coronavirus pandemic — there were 68 incidents of gunshots being fired. There have been 95 such incidents so far in 2021, he said.

The commissioner said a gun suppression team was put together last year, taking 40 guns off the street — a number of seizures he said the department already has surpassed in 2021.

Ryder said the department was working with federal partners on the problem of guns coming up from the South and said the increase in shots fired could be related to the lifting of COVID-19-related concerns and more people being out in public.

"Now that everybody's coming out, the gang guys see an opportunity to both sell their drugs and to take advantage of parties and territories that get involved and that's where we see our shootings going up," he added.

Ryder pointed to more community police officers and the department's recently announced refocus on an initiative aimed at battling opioid abuse and related crimes as examples of how the agency would continue to fight crime.

"Behind me, this is my team," Ryder said. "... More importantly, this is our team," he added, speaking of "working together as a community to drive the numbers in the right direction."