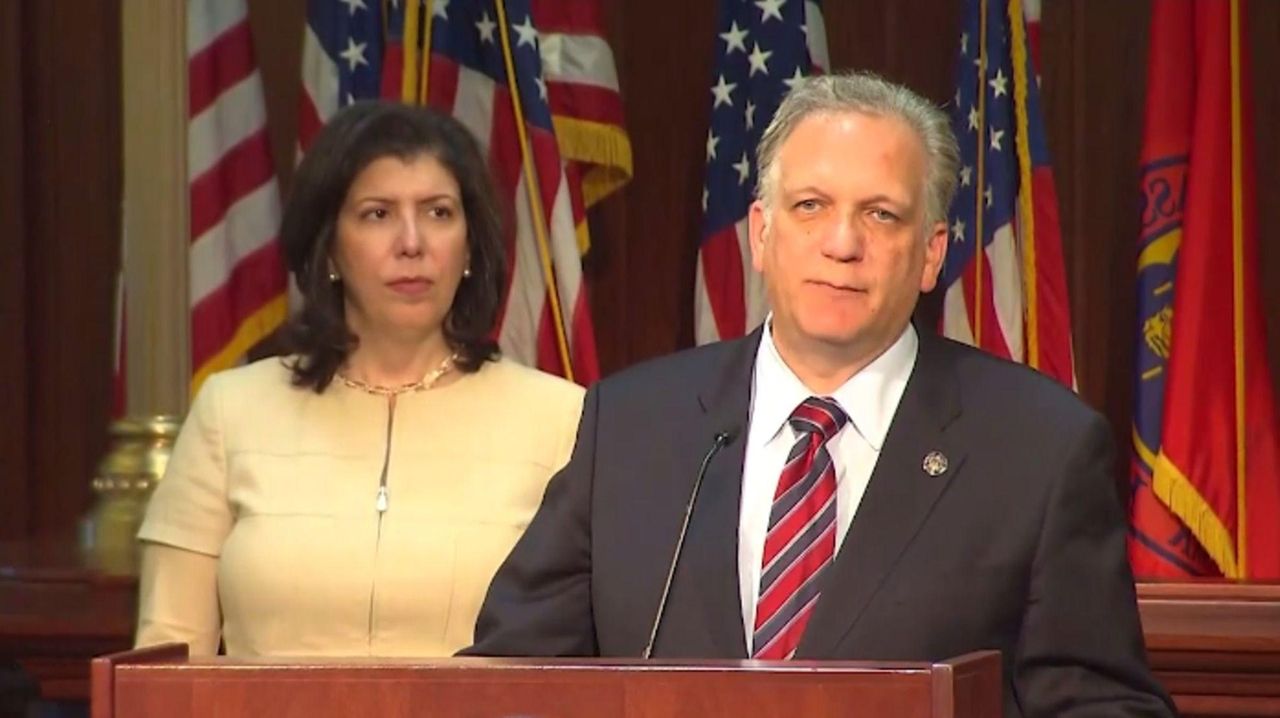 Authorities on Long Island said they’ve seized about 700 grams of heroin, fentanyl and cocaine and arrested several alleged dealers in what they called a coordinated effort this week to combat a disturbing spike in drug overdoses, some fatal.

The search warrants and arrests come after 23 people overdosed — one fatally in Elwood — on heroin, prescription pain medicine, fentanyl or a combination in the 48 hours preceding Saturday, a sharp increase of 60 percent over what authorities typically see over that period of time.

“We do believe that this quite dramatic uptick will subside as a result of the coordinated enforcement in Nassau and Suffolk,” Sini said.

Also Wednesday, acting Nassau Police Commissioner Thomas Krumpter, at a news conference in Mineola in conjunction with the Long Island Heroin Task Force, a multiagency partnership started last summer to battle the opioid epidemic, said police arrested four people tied to three overdoses, one of them fatal, in Massapequa in late May.

Nassau County Executive Edward Mangano said besides the arrests, 22 grams of fentanyl were seized. That amount of fentanyl could have caused “thousands of deaths,” Krumpter said.

Opioid addiction continues its grip on Long Island and across the country. Fentanyl, a synthetic opioid that has caused deaths in record numbers nationally, is sometimes mixed with heroin to make the drug more potent. Fentanyl is 50 times stronger than heroin alone, officials have said, and comes in numerous forms and is supposed to be used as an elephant tranquilizer.

Jeffrey Reynolds, president and CEO of the Mineola-based Family and Children’s Association, which runs several treatment centers on Long Island, said while police efforts are strong, there needs to be unfettered, 24-7 access for addicts — “No phone calls, no waiting lists, no bureaucracy. Just treatment on demand,” as he put it.

“This is fantastic police work, especially when they can tie dealers to overdose fatalities and prosecute them accordingly,” Reynolds said. “The problem here is that you have a market that’s fueled by thousands of heavily addicted Long Islanders who are using heroin/fentanyl combos upwards of 15 times per day. You reduce that demand by making addiction treatment more accessible. Many inpatient treatment facilities are full to capacity and getting an outpatient appointment can take up to two weeks. It’s still easier to get heroin than it is treatment and until that changes, there will likely be an endless parade of perp walks, press conferences and health warnings.”

Robinson and Vasquez were arrested at 2:55 p.m. Monday in the parking lot of a Rite Aid in Copiague while doing an undercover heroin buy with Vasquez’s 21-month-old daughter in the back seat of their 2003 Mercedes Benz. Randall is charged with criminal possession of a controlled substance and endangering the welfare of a child and Vasquez is charged with criminal facilitation and endangering the welfare of a child. He was arraigned in First District Court in Hempstead and she was released on an appearance ticket.

“Our message to drug dealers is that we’re are coming for you and you will be held accountable,” Nassau County District Attorney Madeline Singas said.

In 2016, overdose deaths in Nassau and Suffolk counties approached 500, a record, according to an April report by county medical examiners. Fentanyl was linked to more of those deaths than any other drug. Of 303 Suffolk County deaths, 171 were related to fentanyl, double the 2015 count.

The overdoses aren’t just specific to Long Island. Overdoses are the leading cause of accidental death nationally and in New York City, according to New York City’s Health Department.

The New York Times reported Sunday, based on preliminary data, that drug overdoses are now the leading cause of death among Americans under 50, with drug overdose deaths nationally in 2016 likely exceeding 59,000.

Police: 22 opioid ODs in 48 hours cause for concernNearly two dozen people overdosed on opioids in Suffolk County in just two days, Police ... Ventura: Don't let another child be lost to heroinHeroin morphs into the beast of addiction. Narcan bills pass Suffolk legislatureDrug users saved by an intranasal overdose antidote administered by Suffolk police will now be ...