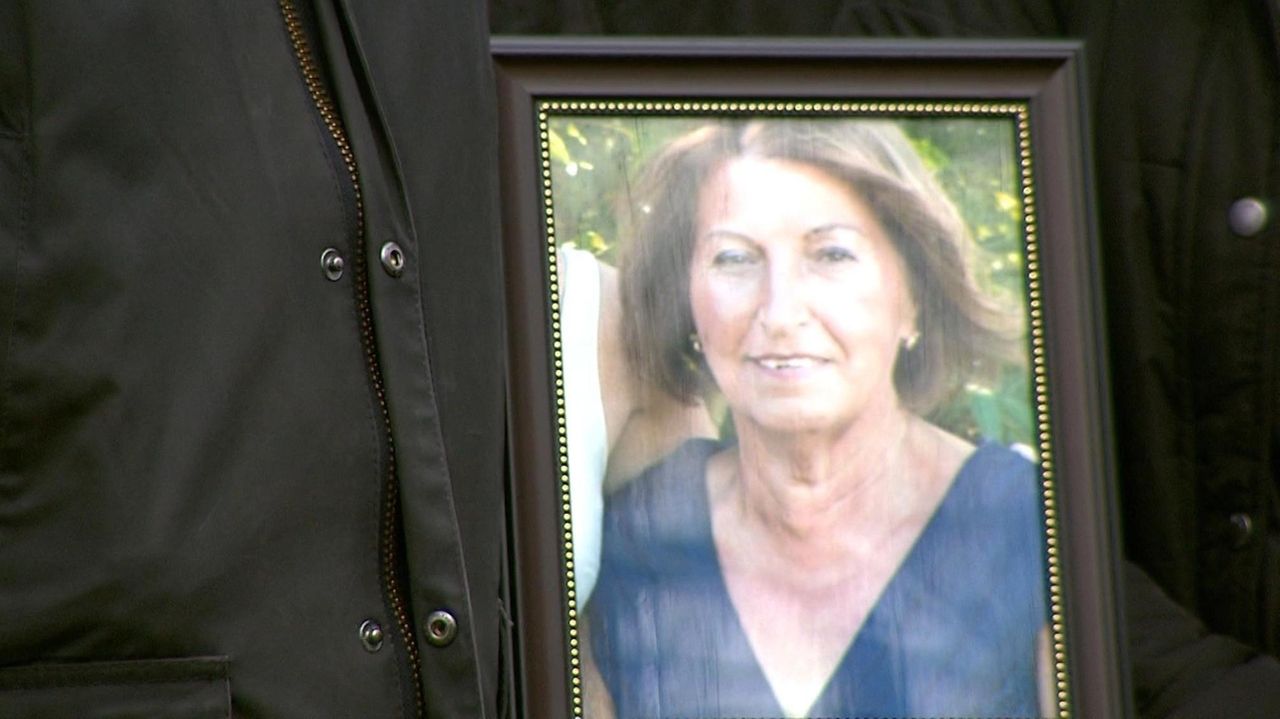 A reward for information about the hit-and-run driver responsible for the death of a Garden City Park woman in January has increased to $25,000, Nassau police announced Wednesday. Catarina Lima, 72, was killed at around 5:30 p.m. on Jan. 30 on Nassau Boulevard, while walking home from a shopping center. Credit: News 12 Long Island

The reward for information about the hit-and-run driver responsible for the death of a Garden City Park woman in January has increased to $25,000, Nassau police announced Wednesday.

Catarina Lima, 72, was killed on Nassau Boulevard while walking home from a nearby shopping center around 5:30 p.m. on Jan. 30.

“We want to bring justice to the family because we can’t give them closure,” Det. Gary Ferrucci said during a news conference at the site of the fatal hit-and-run in Garden City Park.

Nassau Crime Stoppers offered $5,000 for information leading to the arrest and conviction of the person responsible for Lima’s death immediately after she was killed. Lima’s family added $15,000 to the reward last month and the Brixmor Property Group, employer of Lima’s daughter Samantha Strong, recently contributed an additional $5,000.

“I miss her reassurance,” said Strong, of Brooklyn. “I want to hug her but I can’t.”

Strong attended the news conference with her husband, Fletcher Strong, and her father, Carl Didrikson of Westbury, Lima’s ex-husband. The family left flowers at the intersection of Nassau Boulevard and 7th Street before meeting with police and the media.

Lima lived in the neighborhood where she was killed for decades, Strong said. She had retired after working for many years as a human resources executive for a jewelry company.

Strong described her mother as funny, smart and completely devoted to her two children and three grandchildren. She said her family was devastated by her death.

“I’m capable of forgiveness but I can’t forgive someone if I don’t know who they are,” Strong said.

Strong is five months pregnant and the wife of Lima’s other child, Carl Didrikson, is also expecting a child. Strong said it pained her to think that her mother would never meet these grandchildren.

“She was taken from us way too early,” Strong said.

Anyone with information about the crash should call Nassau County Crime Stoppers at 800-244-TIPS, police said.