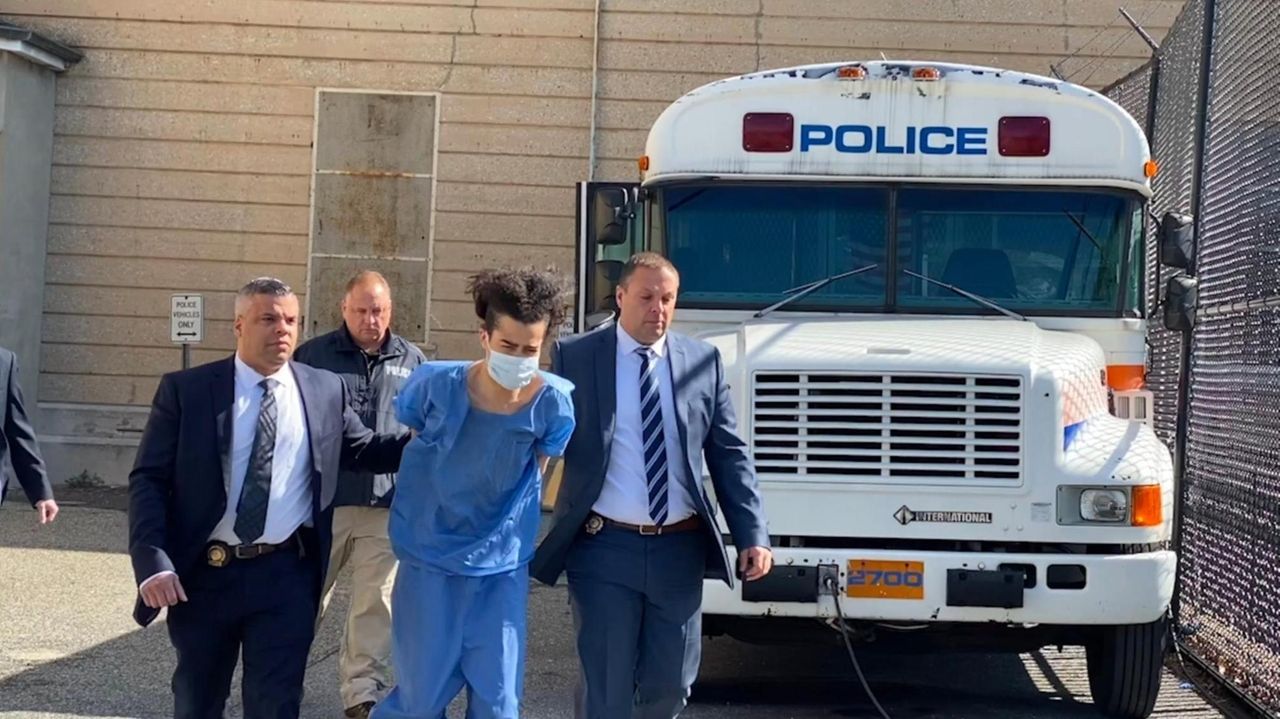 Nassau County homicide squad said Tuesday a 19-year-old Hempstead woman found dead in her home Saturday night was strangled to death by her boyfriend. Sixto Tapia-Angeles, 26, of Hempstead, has been charged with second-degree murder in the killing of Maria D. Rodriguez-Perez at the home. Credit: Howard Schnapp

The 19-year-old Hempstead woman found dead in her home Saturday night was strangled to death by her boyfriend, Nassau police said Tuesday.

Sixto Tapia-Angeles, 26, of Hempstead, has been charged with second-degree murder in the killing of Maria D. Rodriguez-Perez at her home on Harriman Avenue.

"These two had a relationship together and, on that evening, got into a domestic incident where it became physical," said Nassau Det. Lt. Stephen Fitzpatrick. "During that physical disturbance, Sisto strangled Maria, causing her death, and then took a razor and made it look as if they both attempted to commit suicide."

Fitzpatrick, during a news briefing Tuesday outside of police headquarters in Mineola, said that Tapia-Angeles called 911 about 8:45 p.m. Saturday asking for the police and an ambulance.

When police arrived, Tapia-Angeles was in bed and had "superficial wounds to his wrist and his forearm and claimed he had done this as self-inflicted," Fitzpatrick said. Rodriguez-Perez's body was also in the bed and partially covered by a sheet, Fitzpatrick said. She was pronounced dead at the scene.

The couple had been dating for a year-and-a-half, he said. "It's become sour recently as he's become more suspecting of her being unfaithful to him and talking to other men," Fitzpatrick said.

Tapia-Angeles was taken to Mercy Medical Center in Rockville Centre for treatment of his wounds, as well as psychological treatment, Fitzpatrick said. He was arrested Monday.

Tapia-Angeles was ordered held without bail at his arraignment Tuesday, according to Brendan Brosh, a spokesman for the Nassau County District Attorney's office.

A defense attorney for Tapia-Angeles, who was walked by two detectives out of police headquarters wearing a face mask as a precaution because of the coronavirus, could not be reached for comment.