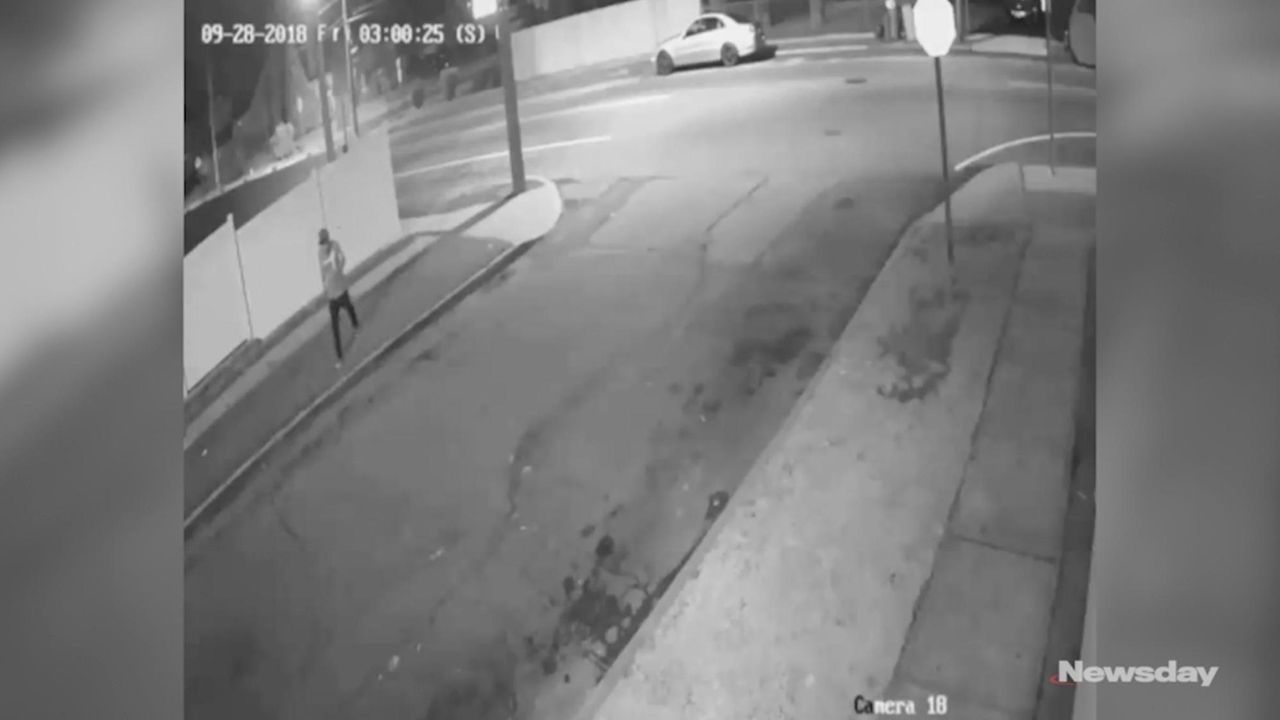 Nassau County police have released video footage of a man they believe sexually assaulted a woman in Freeport on Sept. 28. Credit: NCPD

Nassau County detectives released a video and still images Thursday of a male suspect wanted in the September sexual assault of a woman on a Freeport street as well as new details about his clothing and last known whereabouts.

Special Victims Squad detectives said the 36-year-old victim was walking on Parsons Avenue in Freeport at 1:43 a.m. on Sept. 28 when she was attacked by the suspect who struck her in the face and knocked her unconscious. When she awoke, he was sexually assaulting her, police said, before fleeing from the scene in an unknown direction.

The victim was transported to a hospital for treatment and evaluation.

Police have updated the report to say the suspect was last seen in the vicinity of Elm Street and Ray Avenue. They have also released a video and still photos of the suspect taken at Babylon Turnpike and Seaman Court in Freeport.

The suspect is 5 feet 7 inches tall, has a slight to medium build and wore a two-tone baseball cap, dark pants and T-shirt with a graphic design, police said.

The earlier report said the crime occurred at about 1:30 a.m. and the suspect was wearing “bluejeans and a long green shirt.”

Detectives urge anyone with information about the incident to call the Special Victim’s Squad at 516-573-4022 or call 911. All callers will remain anonymous.

Cops: Man knocked out pedestrian, raped herA woman walking near a Freeport park early Friday was attacked by a man who ... Crime in Nassau and Suffolk, 2006-2017 There were 35,503 violent or property crimes recorded on Long Island in 2017 by the state's Division of Criminal Justice Statistics, a 5.7 percent decrease from 2016. 5 ways to send story tips to Newsday Do you have information that might lead Newsday to an important story, or an investigation? A document that starts us on the trail? Here are five ways for you to send our journalists tips, documents and data with a range of security options.