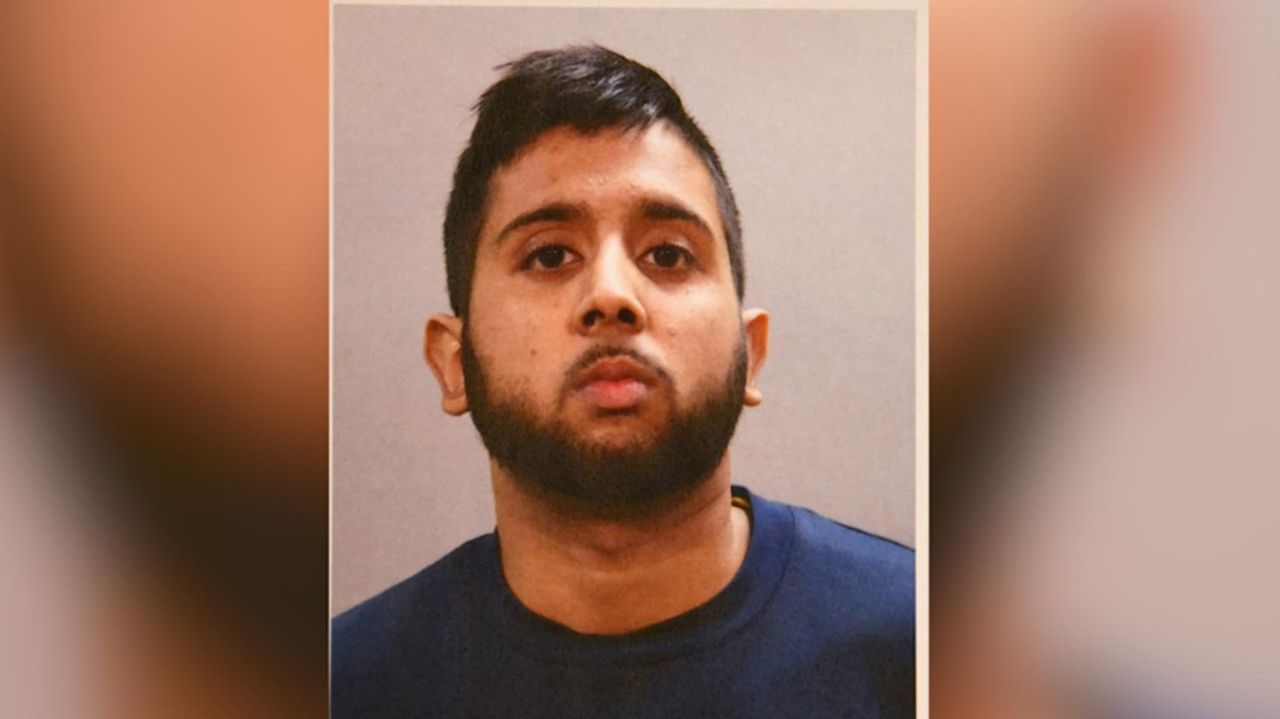 A Nassau Community College student faces multiple charges connected to racially charged drawings discovered on campus buildings Tuesday, Dec. 20, 2016, and in the past two months, police said. Jasskirat S. Saini, 20, of Central Park Road in Plainview, was arrested Tuesday and is scheduled for arraignment Wednesday in First District Court in Hempstead on 10 counts of felony aggravated harassment, police said. Each count is punishable by up to four years in jail. Credit: Jim Staubitser

The judge who presided over the Wednesday arraignment of a Nassau Community College student accused of leaving anti-Semitic messages on campus buildings said the young man’s conduct could have led to grave consequences considering how divided the nation is.

Jasskirat S. Saini, 20, of Plainview, who authorities said scrawled more than 100 anti-Semitic messages left at various sites at the Hempstead campus — including swastikas, “Heil Hitler”, and “KKK” — was arraigned on a dozen counts of first-degree aggravated harassment, dating back to March.

“It’s like putting a match to gasoline,” Judge Joseph Girardi said at Saini’s arraignment in First District Court in Hempstead.

Saini did not speak during his brief court appearance, but his attorney, Mitchell Hirsch of Hempstead, entered a not guilty plea on his behalf.

According to Hirsch, Saini deferred attending SUNY Buffalo until January so he could remain at home and help take care of his mother, who Hirsch said has breast cancer.

Authorities said Saini confessed, in writing and in a video recording, and told police he was reacting to “being harassed by members of the Jewish community” in his neighborhood.

In one incident on Dec. 9, at about 1:22 p.m. Saini used a permanent marker to draw 27 swastikas throughout the men’s bathroom in the E cluster building, according to the criminal complaint.

NCPD on hate graffiti: No uptick in bias crime

In May, Saini was arrested and charged with third-degree criminal sale of marijuana. Hirsch said Nassau prosecutors had agreed to an adjournment in contemplation of dismissal, but a spokesman for District Attorney Madeline Singas said her office had not agreed to such a deal. That case is pending.

Hirsch, who represents Saini on the marijuana matter and has known him for more than a year, describes the college student as a “terrific” young man who failed to consider the ramifications of his conduct.

“He’s shown no indication whatsoever that he’s a hateful young man or the type of people that we see flash across CNN screens or other news screens,” Hirsch said after the arraignment.

Saini, who worked part time as a dental assistant, was taking classes at the community college during his SUNY deferment, according to Hirsch.

Alicia Steger, a spokeswoman for NCC, said Saini was suspended Tuesday after his arrest.

A man whom Hirsch identified in court Wednesday as Saini’s father declined to comment as he left the courthouse.

Judge Girardi set bail at $5,000 cash or bond for each count. Saini is being held at the Nassau County jail in East Meadow and he is scheduled to return to court Friday.