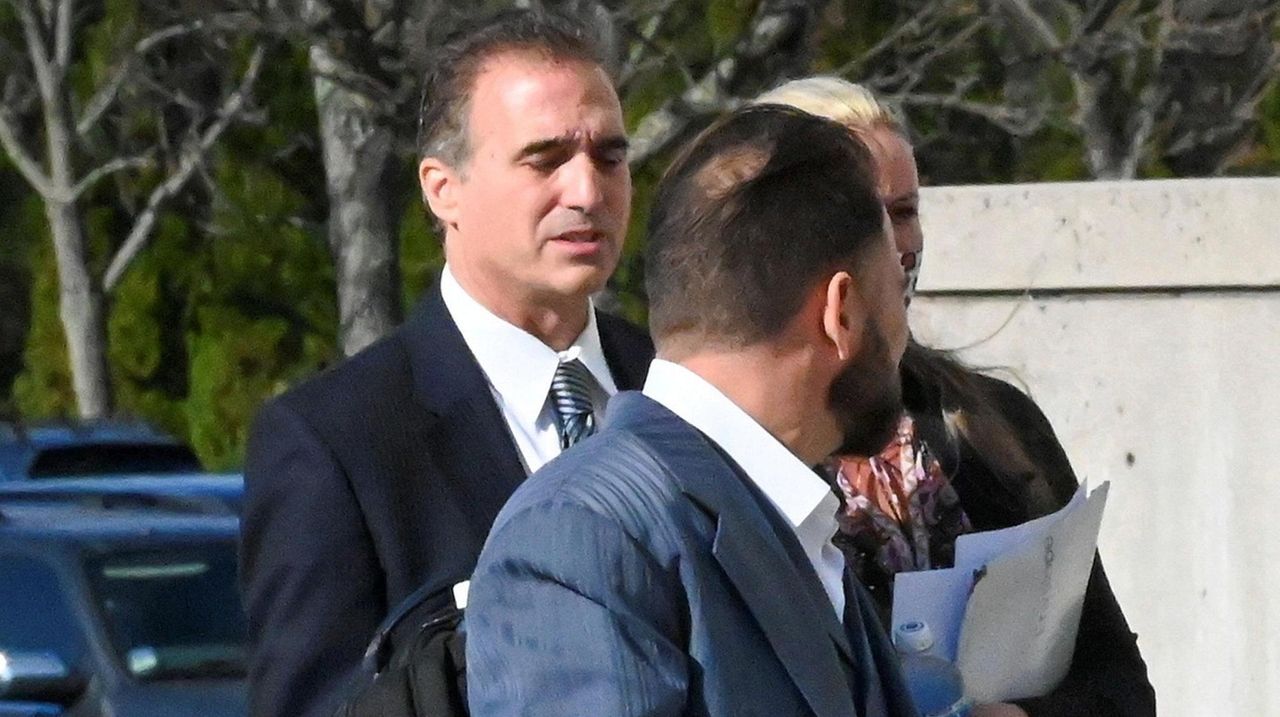 A former race car driver was sentenced Tuesday to 10 years in prison for stealing millions from NHL players Michael Peca and Bryan Berard, Suffolk County police officers and other investors through bogus transactions that stretched from Sag Harbor to Mexico.

U.S. District Judge Joseph Bianco said Tommy Constantine, of Scottsdale, Ariz., had yet to take responsibility for his crimes, nor had he begun paying back his victims, including blue-collar workers who will never be able to fully recoup their losses.

"You needed money and you took their money," Bianco said in federal court in Central Islip. "There is no mystery. … You suffered no injustice. You are guilty."

The former race car team owner briefly took off his mask and put his head on the defense table as the sentence was read. He will also serve three years supervised release and was ordered to pay $5.2 million in restitution to his victims and to forfeit $8.5 million in assets.

Constantine, who has been free since his conviction in 2015, will begin serving his sentence Feb. 15, 2021.

Their sentencing was delayed by complicated asset forfeiture hearings and by a flurry of motions filed by Kenner, who represented himself after trial. They were scheduled to be sentenced earlier this year but that hearing was delayed due to the pandemic.

Federal prosecutors said Kenner and Constantine stole at least $30 million from their victims through real estate schemes in Hawaii and Mexico, a prepaid debit card business and a startup business in Arizona.

In one real estate scam, Kenner paid about $750,000 for a Sag Harbor property after secretly transferring $395,000 from Peca's line of credit and $375,000 from Berard, by falsely promising them 50% ownership, officials said.

But Kenner and Constantine diverted most of the money for personal use, including private jets, luxury homes, jewelry, investment in a tequila company and for an exploratory, and unsuccessful effort, to buy Playboy Enterprises.

Berard, who lives in Rhode Island and works in finance, said justice was done.

"As far as Tommy Constantine is concerned, once a crook, always a crook," Berard said outside of court following the sentencing. "I think 10 years is a good sentence for him but I guarantee Day One when he is out of jail he will be trying to con other people."

Peca said he was "happy with the verdict. I think it was fair. It's good to get everything behind us."

In court, Kristin Peca, the former player's wife, called Constantine a "sociopath" who stole money intended for their children's college so that he could "live a rock star lifestyle, fly in private planes and drive fancy cars, all on our dime. You are dishonest to the core — a true con man."

Constantine, who previously served nearly three years in prison on drug offenses, apologized to his victims.

"I am sorry for everything you have been put through," he said. "None of what happened was your fault."

Sanford Talkin, Constantine's defense attorney, portrayed his client as a changed man who has spent the past six years taking care of his friends, family and community.

But retired Suffolk police Officer John Kaiser, who encouraged friends and family members — including his 88-year-old mother — to invest their money in the schemes, said Constantine has no remorse.

"If there's money out there, Tommy will go for it," Kaiser said.

Another victim, Nicholas Privitello, an electrician, said Constantine has spent the years since his conviction dining at fancy restaurants, driving expensive cars and hiding assets while he and his family have struggled to get by.

"You got caught with your hand in the cookie jar," he told Constantine, "and refused to give back the cookie."