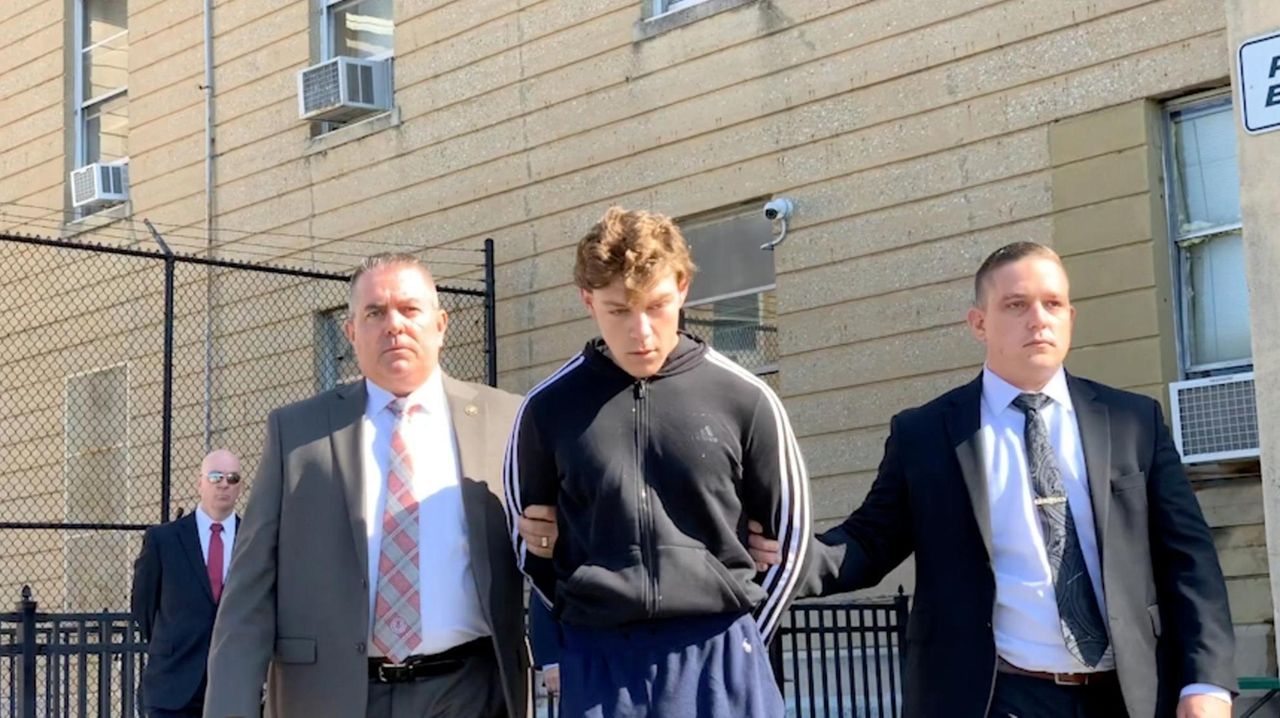 The attorney for a Lido Beach teen charged with second-degree murder in connection with the stabbing death of an Oceanside High School student in an after-school brawl says his client is innocent and wants to clear his name.

Tyler Flach, 18, of Greenway Road, Lido Beach, is scheduled to be arraigned at 2 p.m. Thursday in First District Court in Hempstead, officials said. His attorney said his client will plead not guilty to the charge.

"Tyler strongly maintains his innocence and he took the responsible step of self-surrendering to eventually clear his name," Flach's attorney, Ed Sapone, of Garden city, said in a statement to Newsday. "At the appropriate time, we will release vital information about what happened that’s not captured on video and that completely changes this case. Until then, we ask the community to reserve judgment and pray for those who are suffering.”

Sapone did not elaborate on the information he said would clear his client.  Nassau police officials are holding a news conference at 10:30 a.m. to discuss the case.

The student, Khaseen Morris, 16, died after being stabbed once in the chest Monday during what police said was an after-school fight in a strip mall parking lot following a dispute over a girl.

Morris died of his injuries just before midnight Monday at South Nassau Communities Hospital in Oceanside.

The victim's older sister, Keyanna Morris, said she cried “tears of joy” when she got news of the arrest Wednesday. She said her cellphone rang at 5:35 p.m. and a Nassau County police homicide detective was on the other end.

“He said, ‘We arrested the person that killed your brother,’ ” said Morris, 30, of Oceanside. “I broke down crying. Just tears of joy.”

Morris said she plans to go to court Thursday when Flach is arraigned. “It’s going to be a long fight, but we’re going to be there every step of the way,” Morris said.

No one answered the door at Flach's home Wednesday evening, and no one picked up the phone.

Also Wednesday, Nassau police assigned officers to the high school after a threat was made targeting the school, police said.

A police representative confirmed the threat but did not provide details and said investigators believe it was unsubstantiated.

“The Nassau County police department has increased our patrols at Oceanside High School as an abundance of caution and are working with the school's administration to ensure the highest level of safety for students and faculty," Det. Lt. Richard LeBrun said in a statement. "All threats are always taken seriously and are being fully investigated. At this time these threats do not appear credible."

In a written statement to parents, school officials said they had been made aware of posts circulating on social media regarding "neighboring students" coming to the high school. Police had the names of the students who created the posts and were investigating, said the statement, signed by Oceanside Superintendent Phyllis S. Harrington.

On Tuesday, police said dozens of teens recorded the stabbing on their smartphones instead of helping Khaseen Morris. Police said they were able to identify some of the teens responsible through the video, in addition to surveillance footage from neighboring businesses.

Wednesday night, a candlelight vigil was held in memory of the victim at the Oceanside strip mall parking lot where the fatal melee had taken place. More than 300 people attended the vigil — held over two nights starting Tuesday — many bringing glass candles that they lit to remember the teen while family members spoke.

Bouquets of flowers, a teddy bear and candles dotted the sidewalk where Morris fell Monday.

Longtime Oceanside High School teacher Frank Nappi said that while Principal Gerri De Carlo has done “an excellent job” in keeping staff informed about the situation, “sadly there exists a palpable unrest” in the school Wednesday.

The current mood in the school was “very somber,” he added, and “unlike anything I’ve experienced in 31 years [as a teacher].”

Family: Stabbing victim lived life on his termsKhaseen Morris, 16, who was fatally stabbed in Oceanside, didn't follow the crowd, his sisters said. Teens recorded fight instead of helping, police sayKhaseen Morris, 16, was fatally stabbed in a melee at the parking lot of a strip mall, authorities said. Crime in Nassau and Suffolk, 2006-2017 There were 35,503 violent or property crimes recorded on Long Island in 2017 by the state's Division of Criminal Justice Statistics, a 5.7 percent decrease from 2016. 5 ways to send story tips to Newsday Do you have information that might lead Newsday to an important story, or an investigation? A document that starts us on the trail? Here are five ways for you to send our journalists tips, documents and data with a range of security options.