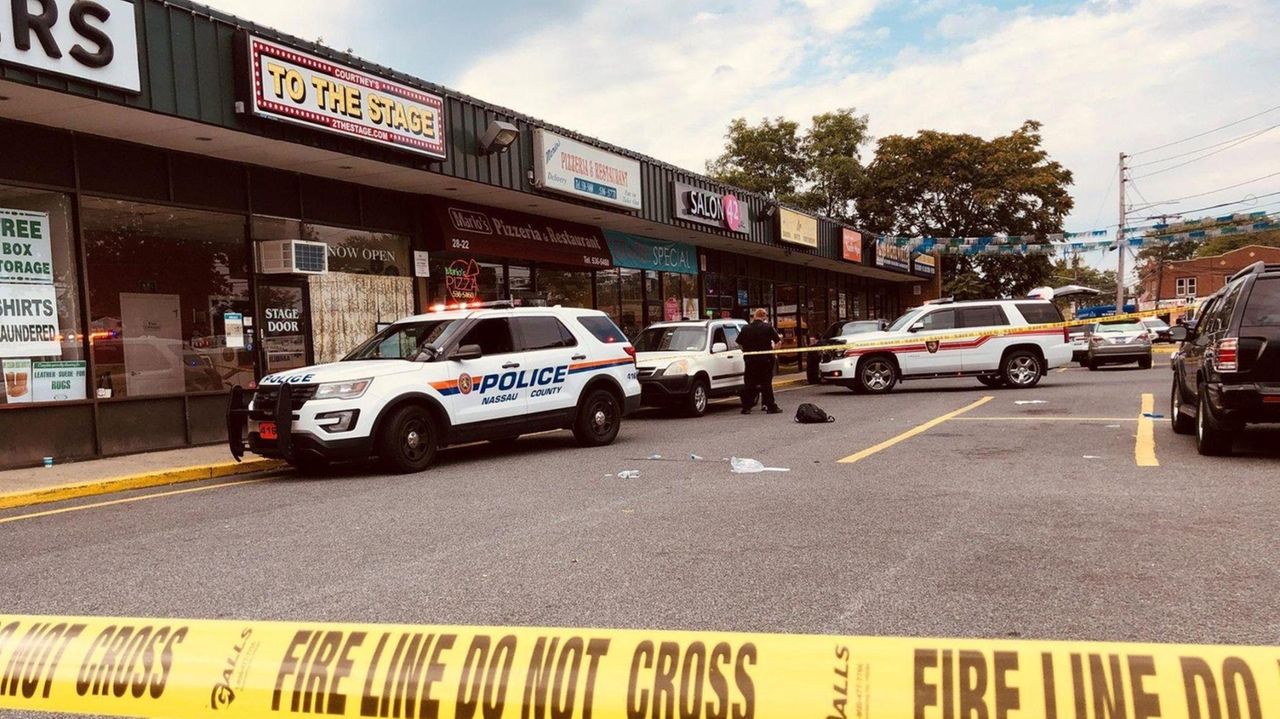 A 16-year-old boy has died after an assailant stabbed him in the parking lot of an Oceanside strip mall, Nassau police said. Credit: Newsday / Antonio Planas; Jim Staubitser

A 16-year-old boy has died after he was stabbed in the chest in Oceanside, Nassau County police said on Tuesday.

The boy, identified as Khaseem Morris, was attacked on Monday afternoon in the parking lot of a strip mall. Police said they were called to break up what they described as a large fight between teenagers who are thought to have attended different schools.

Investigators have yet to determine what provoked the violence, which also sent a second boy, a 17-year-old, to a hospital with a broken arm and swelling to his head.

Lt. Stephen Fitzpatrick, commanding officer of the Homicide Squad, told reporters on Monday near the strip mall: “During this attack, one of the victims was stabbed multiple times in his upper body," Fitzpatrick said. "He is fighting for his life right now."

Police officers were sent to the strip mall at 3:45 p.m. Monday after a report of “males fighting” and a possible stabbing, authorities have said.

Yellow police tape, which had cordoned the mall and its parking lot shortly after the stabbing, remained in place at 10 p.m. Monday as investigators continued interviewing possible witnesses.

The strip mall contains numerous storefront businesses and is less than a half mile from Oceanside High School. A dishwasher at a pizzeria in the mall said it is a popular hangout for students at the high school.

Carlos Lopez, who works at Mario’s Pizzeria & Restaurant, said he heard a commotion outside that sounded like fighting. He then left the pizzeria and saw a young male victim on the ground with what appeared to be stab wounds on the left side of his chest.

“There was blood everywhere," Lopez said. “Another kid, he was trying to help him out. He was trying to stop the bleeding. … We see kids all the time, getting pizza, talking. But I never saw fighting. It doesn’t feel safe anymore,” he said.

Kelly Sullivan, of Freeport, was at the strip mall Monday afternoon to pick up her 17-year-old son who had frantically called her earlier.

“He was screaming, ‘Come get me. Just come out here. Come get me,’ ” Sullivan said.

When she arrived at the strip mall, Sullivan said, she spoke with her son who was not injured but waited with several other witnesses to speak with investigators.