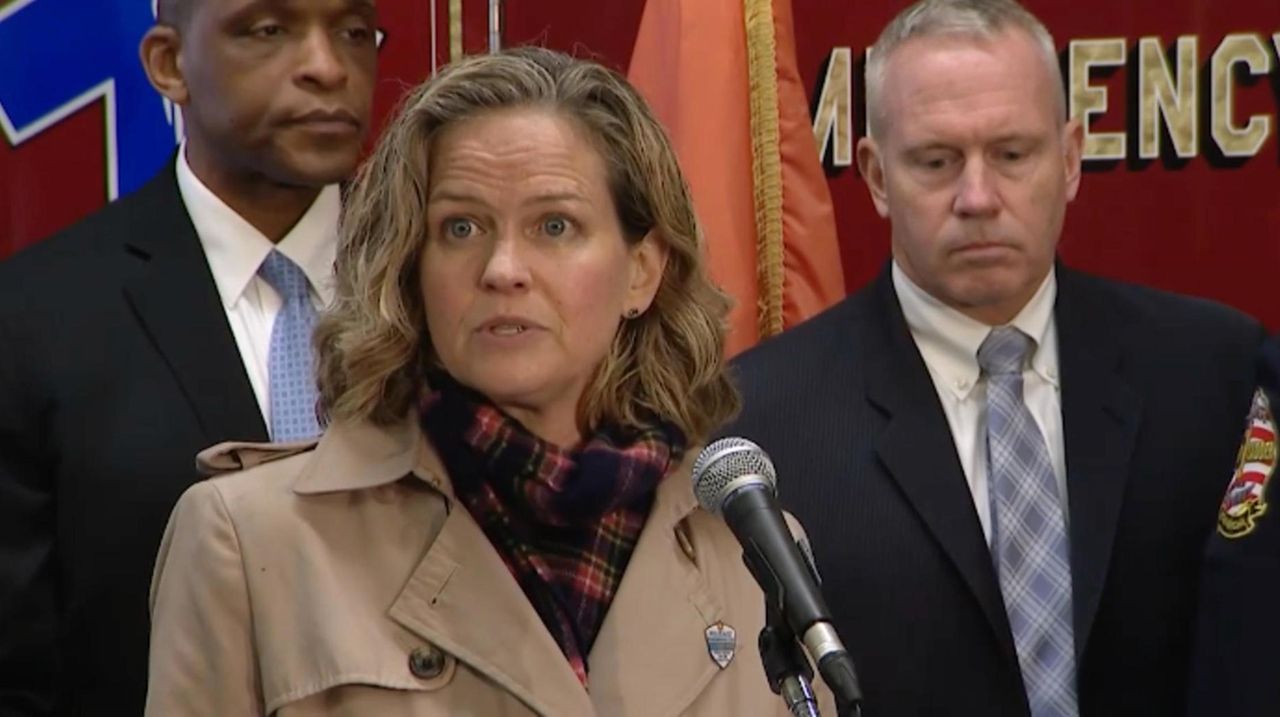 Nassau police arrested 56 people in Hicksville on drug and other charges in recent days as authorities continue to crack down on opioid abuse in the county, officials said Monday.

The defendants arrested include a 46-year-old woman who had crystal meth, Ecstasy, cocaine, GHB, marijuana, prescription drugs and more than $1,000 in her car when she was detained by plainclothes officers late Sunday, police said.

“She had a storeload of drugs to provide to children in the neighborhood,” Nassau police Commissioner Patrick Ryder said during a news conference Monday at the Hicksville Fire Department.

Nassau police have identified drug hot spots in the county by linking overdoses with larcenies from automobiles, which Ryder said is the most common crime committed by opioid addicts. The department then beefs up enforcement in the identified areas while officials hold town hall meetings that provide residents with information about drug prevention and treatment. Ryder said 52 overdoses were reported in the targeted area since the beginning of 2017. One was fatal.

“We are going to educate communities so they can be armed,” Nassau County Executive Laura Curran said at the news conference, “so they don’t see their loved ones fall victim to this terrible epidemic.”

Curran said the next town hall meeting will be at 7 p.m. on April 26 at the Hicksville Fire Department, 20 E. Marie St. Similar law-enforcement crackdowns and town hall meetings occurred this year in Massapequa, Levittown and East Meadow.

Jeffrey Reynolds, president and CEO of Mineola-based Family and Children’s Association, said Nassau’s approach is already paying off. He said the parents of three drug users contacted him after the town hall meeting in East Meadow.

“The three kids whose parents were at the meeting are now in treatment,” he said. “So we know this works. We are not only going after the dealers and reducing the supply, we are working hand-in-hand to reduce the demand.”

Ryder said the crackdown’s “notable arrest” was Jane Soran, 46, of Hicksville, who was charged with criminal possession of a controlled substance. Plainclothes officers with the Criminal Intelligence Rapid Response Team who were patrolling the drug hot spot followed the strong odor of marijuana to Soran’s parked car and found money and a cache of drugs in the vehicle, officials said.

“We’re not stopping here,” Ryder said. “We are going to come back to each of these communities and we are going to address these problems.”

CORRECTION: The date of the town hall meeting at the Hicksville Fire Department was incorrect in a previous version of this story.