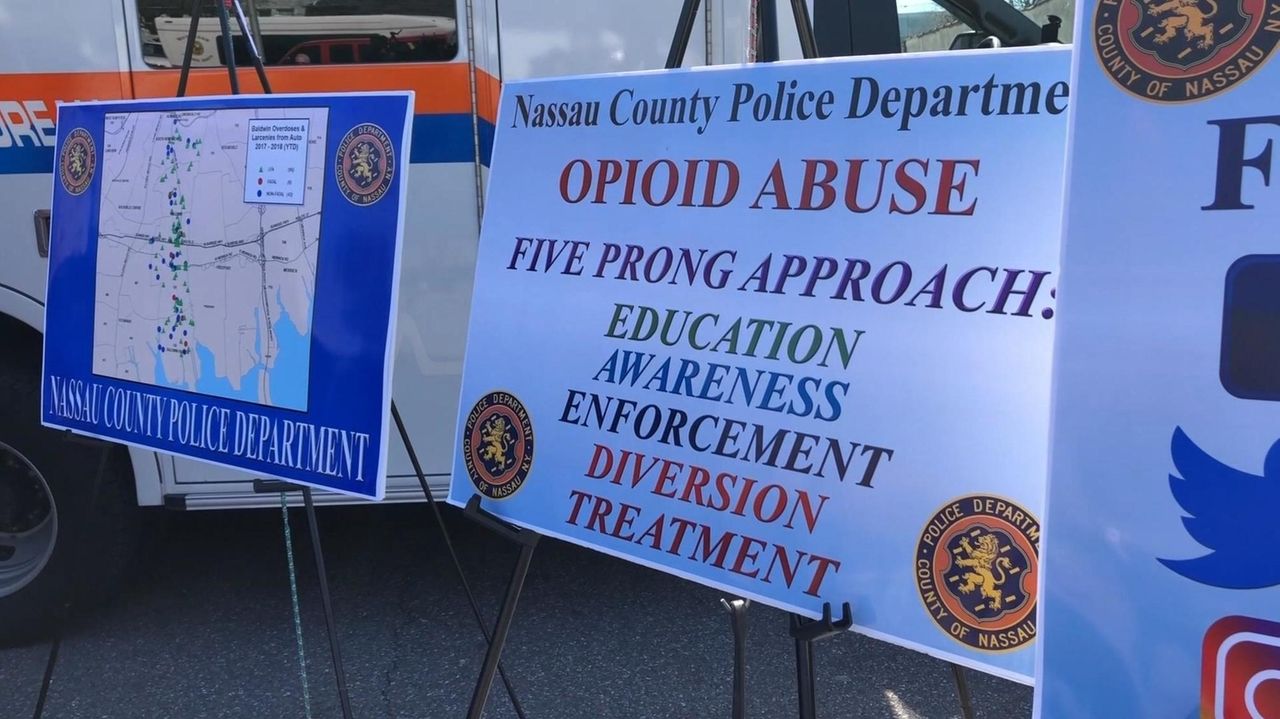 Nassau police announced Tuesday that 53 people were arrested in Baldwin on drug and other charges in recent days, part of an ongoing crackdown on the opioid epidemic that has killed hundreds on Long Island.

Baldwin is the most recent community identified by county officials as an opioid hot spot. Nassau Police Commissioner Patrick Ryder said during a news conference at the Baldwin Fire Department Tuesday that the initiative has resulted in a decline in drug overdoses in the county.

“We are going to keep pushing, town by town,” Ryder said.

Nassau police and public health officials initiated a multipronged assault earlier this year on the opioid epidemic, which led to an estimated 600 fatal overdoses on Long Island in 2016, according to Nassau and Suffolk police.

As part of the effort, Nassau police use mapping technology to identify drug hot spots by linking overdoses with thefts from automobiles, which officials say is the most common crime committed by opioid addicts.

The department then intensifies enforcement in those communities while police, addiction experts and other officials hold town hall meetings that provide residents with information about drug prevention and treatment.

“This one hits really close to home for me personally because Baldwin is my home and it really shows that this epidemic knows no boundaries and respects no boundaries,” County Executive Laura Curran said at Tuesday’s news conference.

Curran dubbed the crackdown “Operation Natalie” after Natalie Ciappa, a Nassau County teen who died from a drug overdose 10 years ago. Nassau officials say an estimated 195 people died from drug overdoses in the county last year.

Among the 53 people arrested in Baldwin, police said, was Jalen A. Robinson, 16, of Brooklyn.

Robinson allegedly agreed to sell 40 bags of heroin for $440 to a detective who had contacted him by text, according to court records. He has pleaded not guilty to two drug-related charges and is expected to return to Nassau County court on Wednesday.

Curran praised the initiative, which she said is “holding dealers accountable” while it helps addicts get into treatment.

“It is that combination of grit and compassion that is making a true impact,” she said.

Opioid crackdowns and town hall meetings have also been conducted in Hicksville, Massapequa, Levittown and East Meadow. The next town meeting will be held at 7 p.m. May 10 at the Baldwin Fire Department, 2386 Grand Ave.