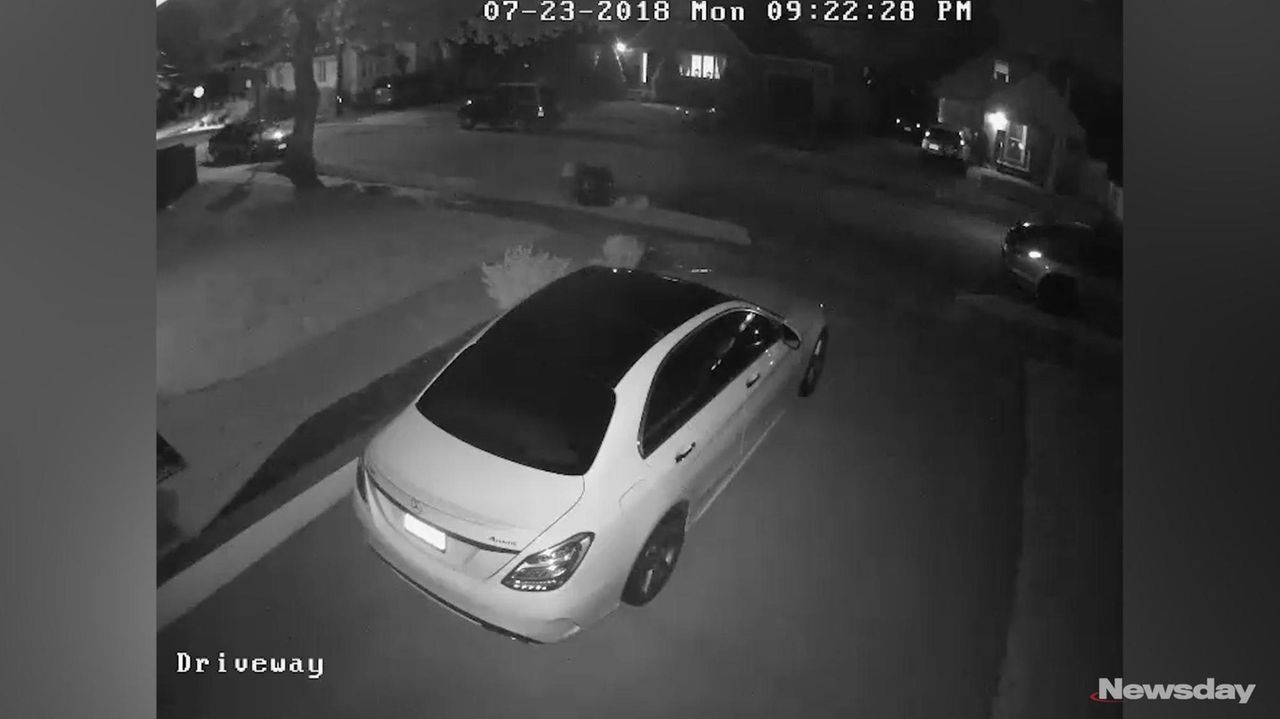 Nassau police released a video in an effort to solve a hit-and-run crash on July 23 in West Hempstead. A 14-year-old boy was crossing Cleveland Street when a sedan hit him just after 9:50 p.m., breaking his leg, police said. Fifth Precinct detectives ask anyone with information to contact Nassau County Crime Stoppers at 800-244-TIPS. Credit: NCPD

The teenager was walking east on Eagle Avenue on July 23 and was crossing Cleveland Street when a sedan hit him just after 9:50 p.m., police said.

A short video shows the light-colored sedan that police said struck the boy and never stopped, police said. The clip appears to be from a home surveillance camera, and in the footage, the driver zips through a residential street.