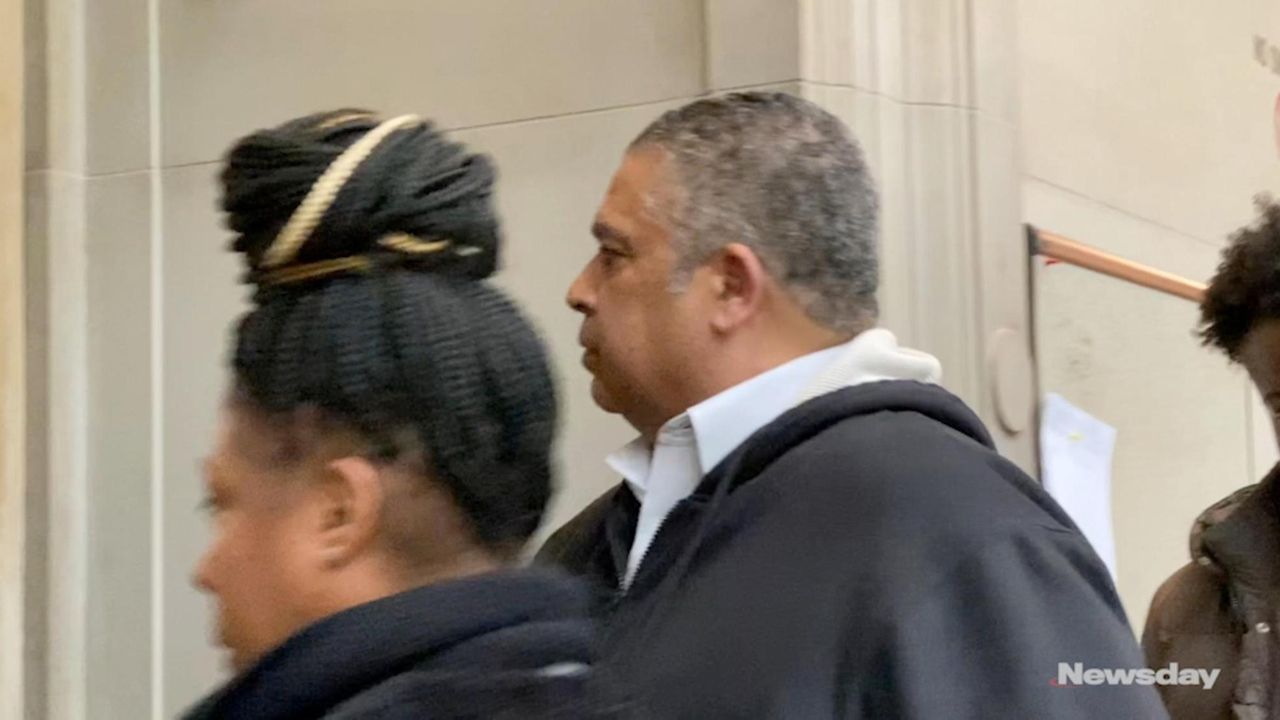 An ex-Hempstead Village trustee who called himself a “dirty politician” after pleading guilty last year to corruption charges that included taking bribes will go to prison for up to 7 years following his sentencing Tuesday.

Perry Pettus, 63, surrendered to authorities in a Mineola courtroom after Nassau Supervising Judge Teresa Corrigan meted out his sentence of 2 1/3 to 7 years behind bars.

The former elected official broke down in tears in court before hearing his penalty, saying he was sorry for his actions but that his family needed him and he wished he could get house arrest or probation.

In June, Pettus admitted to more than a dozen criminal charges after six indictments put him in the center of what Nassau prosecutors say was a web of corruption that reached the village police force’s highest ranks.

Corrigan sentenced Pettus on charges including bribe-receiving, grand larceny, conspiracy, official misconduct and tampering with public records and a witness.

Nassau District Attorney Madeline Singas said in an interview later that Pettus "used Hempstead government for his own greed and to enrich himself and to make sure that his friends were protected."

She added: "Today's sentence basically says to him: 'You're not above the law and you will be held accountable.'"

Voters first elected Pettus to the village’s board of trustee in 2002 and he previously served as Hempstead deputy mayor. He didn’t seek reelection last year.

Both police supervisors have pleaded not guilty — Johnson to ticket fixing-related allegations and Holland to a bribery charge that prosecutors say was part of a scheme related to his job rank.

Tuesday’s sentencing came after at least three delays, including one in October when Corrigan spoke of her “concern, slash, disgust, slash, anger” after she said Pettus lied to probation officials by proclaiming his innocence after pleading guilty.

The judge said later that month she was considering boosting his sentence to 2 1/3 to 7 years behind bars after an initial conditional commitment of 2 to 6 years in prison.

Pettus apologized, saying: “My pride and ego got in the way. I’m a dirty politician."

Prosecutor Lisa Berk urged the judge then to consider a sentence of 5 to 15 years for Pettus because of his “shameless lies.” Berk objected Tuesday when defense attorney James Druker asked Corrigan to allow supporters of Pettus to speak in court — an unusual request. Crime victims are usually the ones who speak at sentencings.

But Corrigan let three local ministers, along with a daughter and a stepdaughter of Pettus, speak on his behalf and share accounts of his good deeds.

"We're not here to say he did everything right. But we are asking for leniency and mercy," said Sedgwick Easley, pastor of Union Baptist Church in Hempstead — where, he said, Pettus is a member — and a village employee.

Druker said his client suffered from illnesses including diabetes and recently had lost his son. He urged Corrigan to consider the supporters' words about "the best side of Perry Pettus" before making her sentencing decision.

After calling a brief recess, Corrigan acknowledged the words of Pettus' supporters and Druker's role in getting a favorable plea bargain when Pettus potentially had faced 5 to 15 years behind bars on multiple counts if found guilty at trial. But Corrigan also cited "voluminous" and "damning" evidence along with Pettus' lie to probation officials before sentencing him.

Prosecutors accused Pettus of pocketing more than $25,000 in bribes by extorting local Hispanic restaurateurs with the help of businessman William Mendez, who pleaded not guilty to still-pending charges.

Singas' office also accused Pettus of taking a bribe of at least $1,000 from Holland in exchange for a vote to promote him, and of taking part in ticket-fixing with Johnson and village Sgt. Joseph Savino — who maintains his innocence as his case also remains pending.

"I think it's a good day for the people of Hempstead, that they understand that we're fighting for them and we're making sure that public officials don't take advantage of them," Singas also said Tuesday.