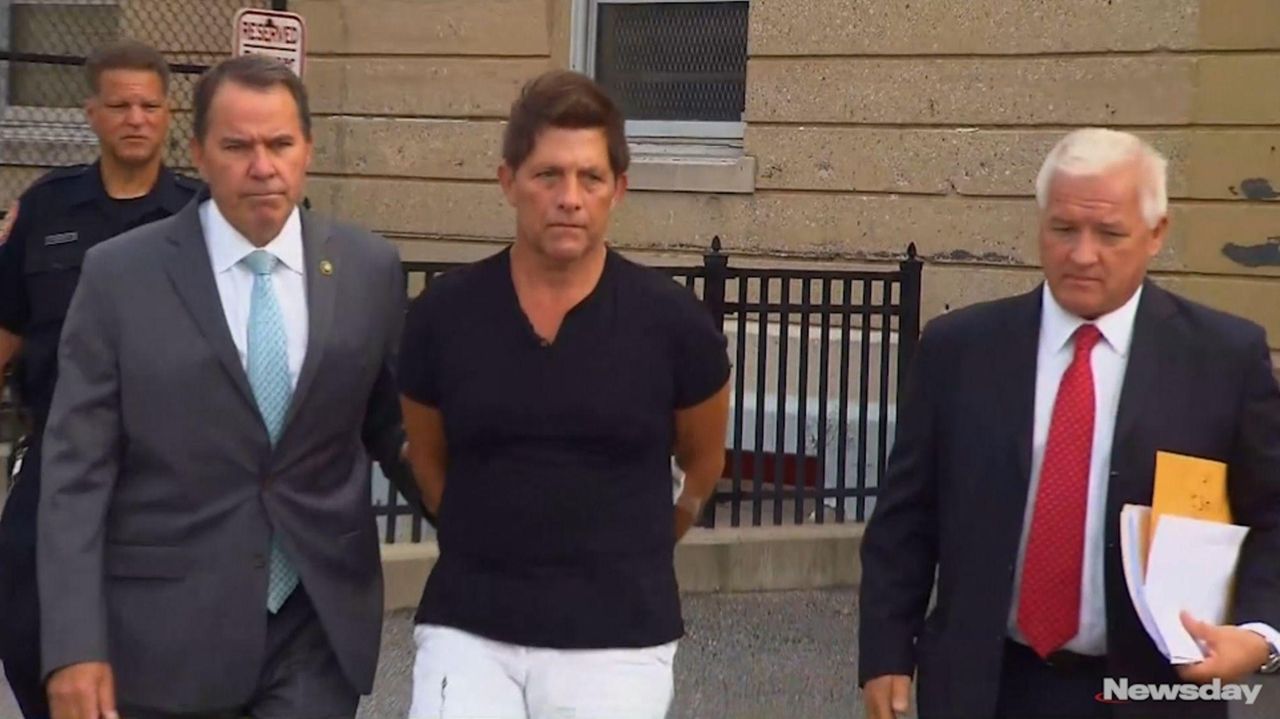 A Melville man faces vehicular manslaughter and other charges after he ran over and killed his girlfriend outside the Seaford restaurant where they had argued during dinner, Nassau County police said on Wednesday, Aug. 2, 2017. Credit: News 12 Long Island

A Melville man faces vehicular manslaughter and other charges after he ran over and killed his girlfriend Tuesday night outside the Seaford restaurant where they had argued during dinner, Nassau County police said.

“The victim ran alongside of that vehicle for some time but then lost her footing and ended up underneath the rear passenger tire,” prosecutor Tara DePalo said at Savinetti’s arraignment Wednesday. “The defendant kept driving.”

Savinetti, a guitarist in a Long Island cover band called Copycat, returned to the scene on Adler Court after the owner of Cardoon Mediterranean Grill called and urged him to come back because his girlfriend was injured and on the ground, according to court records.

Savinetti told police he got into an argument with Miceli, a bookings and promotion manager for the band, and that “he left her there to teach her a lesson about smoking,” according to court records.

The officers observed that Savinetti had glassy, bloodshot eyes and they detected a strong odor of alcohol. He was also unsteady on his feet, according to the complaint.

Savinetti, who told officers he had four glasses of wine, failed a field sobriety test and had a blood-alcohol level of 0.14 percent, nearly twice the legal limit, records show.

Miceli, a mother of two from Melville, was pronounced dead at Nassau University Medical Center at 11:34 p.m., authorities said.

Savinetti is charged with second-degree vehicular manslaughter, driving while intoxicated and leaving the scene of a fatal accident. He was ordered held without bail at his arraignment in First District Court in Hempstead.

The couple had been in a relationship for five to seven years, but did not live together, said Det. Lt. Stephen Fitzpatrick, commanding officer of the Nassau homicide squad.

“They were dining, and during their experience in the restaurant they had a verbal argument, and it continued out into the parking lot where he tried to leave and leave her behind,” Fitzpatrick said at a news conference. “And she was attempting to get into the car to get his attention and he ran over her.”