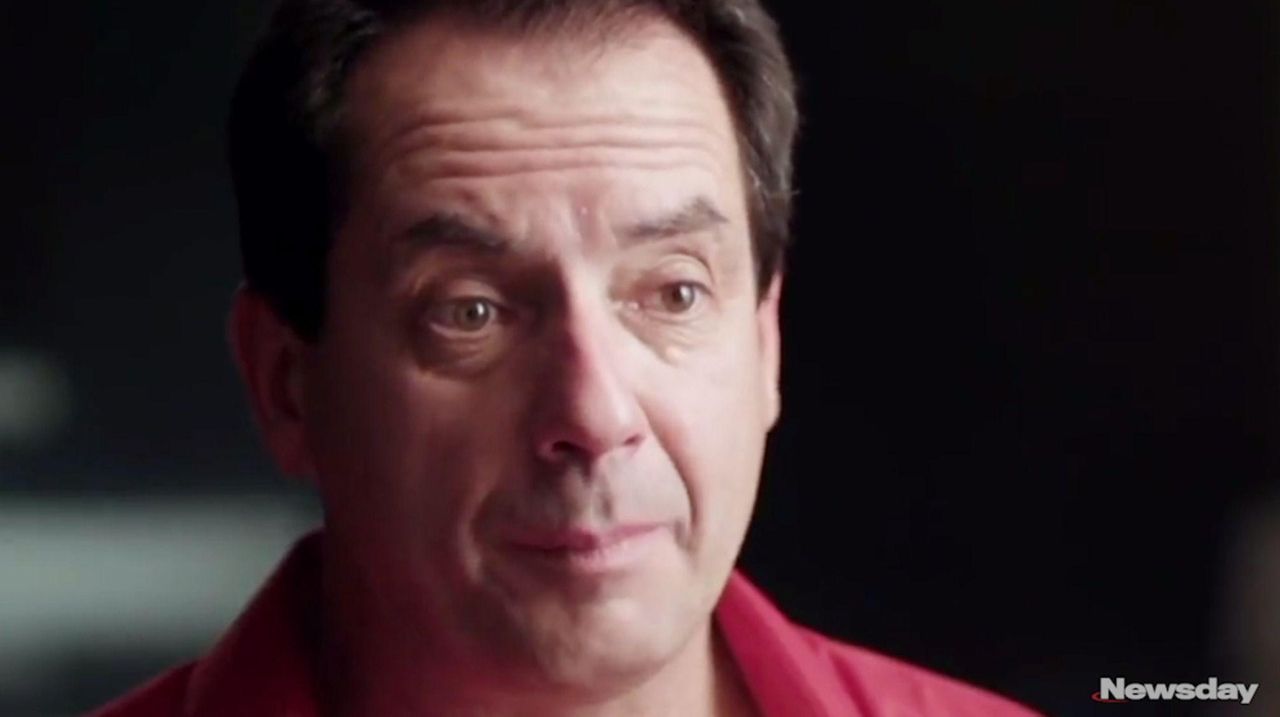 Michael Dowd, 56, the former officer who was at the center of drug shakedowns that erupted into one of the NYPD's biggest scandals, has been arrested for the third time in five months, Suffolk County police said Tuesday, May 30, 2017. Credit: News 12 Long Island

A former NYPD cop at the center of a notorious department drug scandal and arrested twice since December faces a new charge “in connection with a domestic violence incident,” Suffolk police said Tuesday.

Dowd was taken into custody at 9:47 p.m. but the location was not immediately available, the spokeswoman said.

A former resident of Port Jefferson Station, Dowd was convicted in 1994 of confiscating cocaine from Brooklyn dealers and reselling it on Long Island.

Dowd’s latest legal trouble comes after he was charged in March with two counts of second-degree criminal contempt after violating an order of protection on Feb. 7 and 8, according to Suffolk prosecutors.

When Dowd was arrested in March, authorities said, he was accused of meeting with the victim twice, but other details were not available.

The order of protection stemmed from a Dec. 30 domestic violence incident in East Islip that resulted in Dowd being charged with criminal obstruction of breathing, or choking; third-degree assault and fourth-degree criminal mischief — all misdemeanors, according to online court records.

James O’Rourke of Port Jefferson, Dowd’s attorney, said the three recent arrests stem from a disgruntled former girlfriend and that the latest involved an Instagram account in which the ex-cop purportedly responded to her.

Dowd has denied that it is his account and authorities have charged him without any evidence, O’Rourke said.

“It’s just she said it was him,” the attorney said.

The May 1992 arrest of Dowd and other NYPD officers from Long Island in connection with the drug shakedown scheme led then-Mayor David Dinkins to form the Mollen Commission, a panel designed to root out corrupt city officers.

Officers involved in the nearly decade-long scandal abused their authority by taking payoffs from dealers and shaking others down in order to peddle and use the drugs they stole while maintaining lavish lifestyles.

Dowd, a central figure in the scheme, had testified that he operated with near impunity as supervisors and fellow cops looked the other way and, by some estimates, his enterprise scored him $4,000 a week from Brooklyn cocaine dealers.

“It’s Us against Them out there,” Dowd said in testimony before the Mollen Commission in 1993, according to a Newsday report at the time. “Us is the police officers, Them is the public. . . . Cops don’t turn in other cops. Cops don’t want to be labeled as rats. Cops have to depend on each other for survival.”

He spent nearly 12 years in prison on racketeering and drug convictions. The scandal is considered among the biggest in the NYPD’s history.

Since his release from prison, Dowd had reinvented himself as a consultant who “discusses the ethics of policing, police corruption and misconduct and the understanding of the ‘blue code,’ ” according to his website.

“Mike is on the road to redemption,” says a part of the website explaining Dowd’s background and expertise on police issues.