Dante Taylor of Mastic is led out of the Sixth Precinct in Selden for arraignment in Central Islip on July 12, 2014. Credit: James Carbone

Cellphone location records show a phone used by a Mastic man moved toward Medford as it was used to contact a woman who was later found dead there from dozens of stab wounds, an expert testified Thursday.

John Primiano, a detective investigator with the Suffolk district attorney’s office, told jurors that the phone owned by Dante Taylor, 20, moved from the Mastic-Shirley area toward Medford after 1 a.m. on June 7, 2014.

Taylor is on trial in Riverhead, charged with first-degree murder in the rape and killing of Sarah Goode, 21, of Medford.

A series of calls from Taylor to Goode, ending at 1:26 a.m., were the last activity on Goode’s phone. Taylor’s phone returned to the Mastic-Shirley area, but came back to Medford several times over the next couple of days, Primiano said. 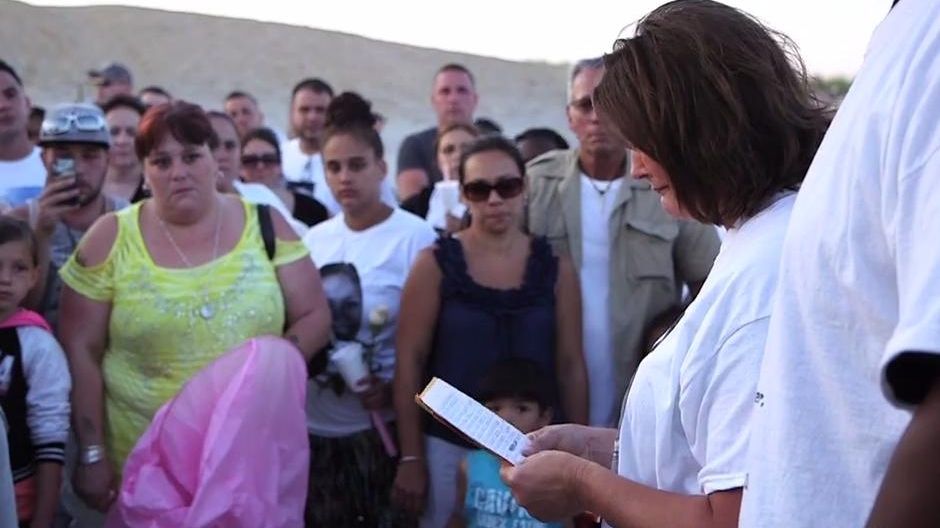 During his questioning of the witness, Assistant District Attorney Lawrence Opisso referred to the Medford and Farmingville cell towers as being near where Goode’s body and abandoned BMW were found.

“To say it’s by the body when it could be anywhere from one mile to 20 miles from the body, it’s misleading the jury,” Lewis said.

State Supreme Court Justice John Collins instructed the jury about that. “There is no way to use these maps to determine at this point where the phone was, or how far away it was,” the judge said.

Opisso then tried to introduce another map with more precise locations, but Lewis objected, saying it was based on FBI data he’d never seen. Opisso at first suggested the database was accessible online, but after consulting with Primiano he corrected himself and said it was for law enforcement use only and had never been made public before.

Collins said its use was therefore not allowed.

“How is material that nobody is allowed to know about discoverable?” he said. “How is the defense to prepare for something like that?”

During cross-examination, Primiano acknowledged that he couldn’t tell from the location data if Taylor was visiting the crime scene or his grandmother, who lives in the area. He also acknowledged that the Long Island Expressway goes through the area covered by those cell towers.

Later Thursday, forensic scientist Robert Baumann of the Suffolk Crime Laboratory described DNA testing he did on evidence in the case. He said semen was found on genital swabs and other material taken from Goode’s body during the autopsy, and that the DNA matched Taylor. The probability that it could be anyone unrelated to Taylor is 1 in 53 quintillion, Baumann said.

Baumann also tested the many bloodstains found in and on Goode’s BMW, including a palm print that matched Taylor’s handprint.

That stain, as well as stains from throughout the interior of the car matched Goode’s DNA, with a probability that it could be someone else of 1 in 120 quintillion, Baumann said.

Baumann also looked for blood or Goode’s DNA on clothes taken from Jason Flores, a friend of both Goode and Taylor who was questioned as a suspect early in the case. There was no blood on his clothes, Baumann said.