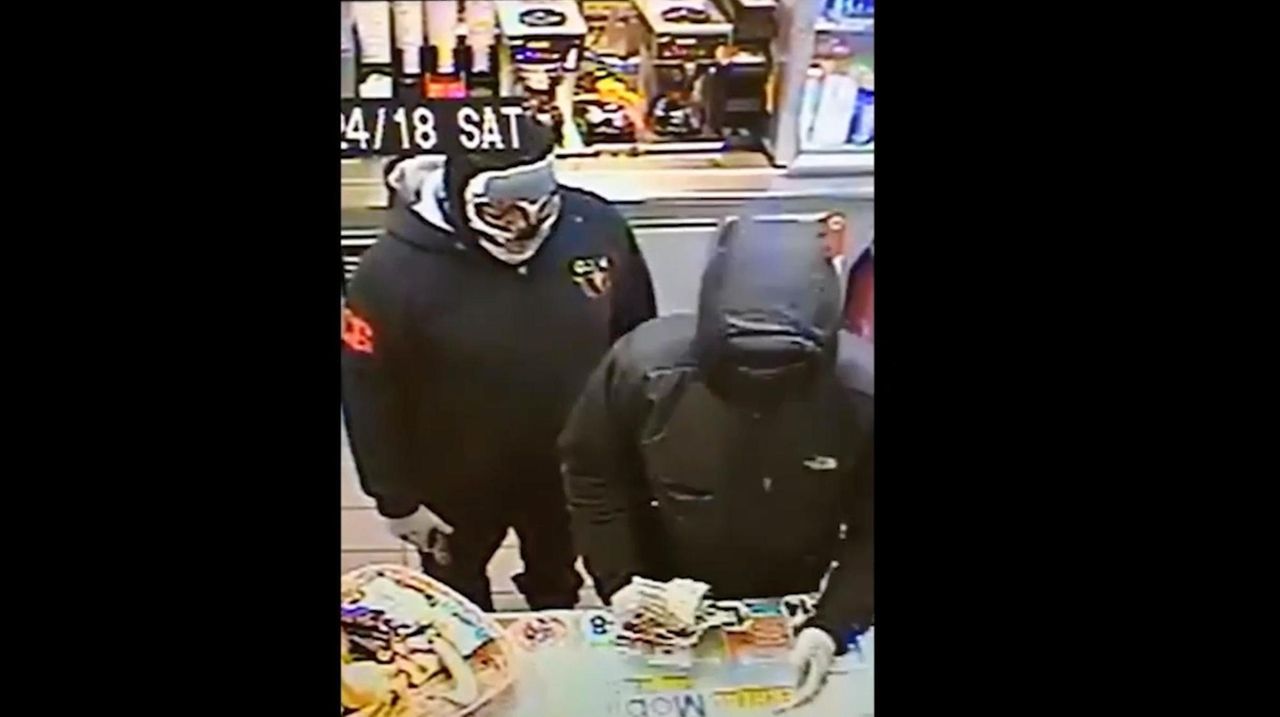 Police released surveillance video of two men they are seeking in connection with the armed robbery of two gas stations in Riverhead and Calverton on Feb. 24. Credit: SCPD

Police have released surveillance images of two masked men, one armed with a handgun, who robbed two gas stations in Suffolk County.

Authorities are also offering a $5,000 reward for information leading to an arrest in the armed robbery of gas stations in Riverhead and Calverton on Feb. 24.

About 13 minutes later, the robbers held up a Mobil gas station at 3705 Middle Country Rd. in Calverton, police said.

The pair took an undisclosed amount of cash and cigarettes at both gas stations, police said.

“It appears the robberies are related and were committed by the same people,” authorities said in a statement.

The statement did not provide the location of the surveillance images.

Anyone with information on the robberies can call Suffolk Crime Stoppers, which is offering the reward, at 800-220-8477.