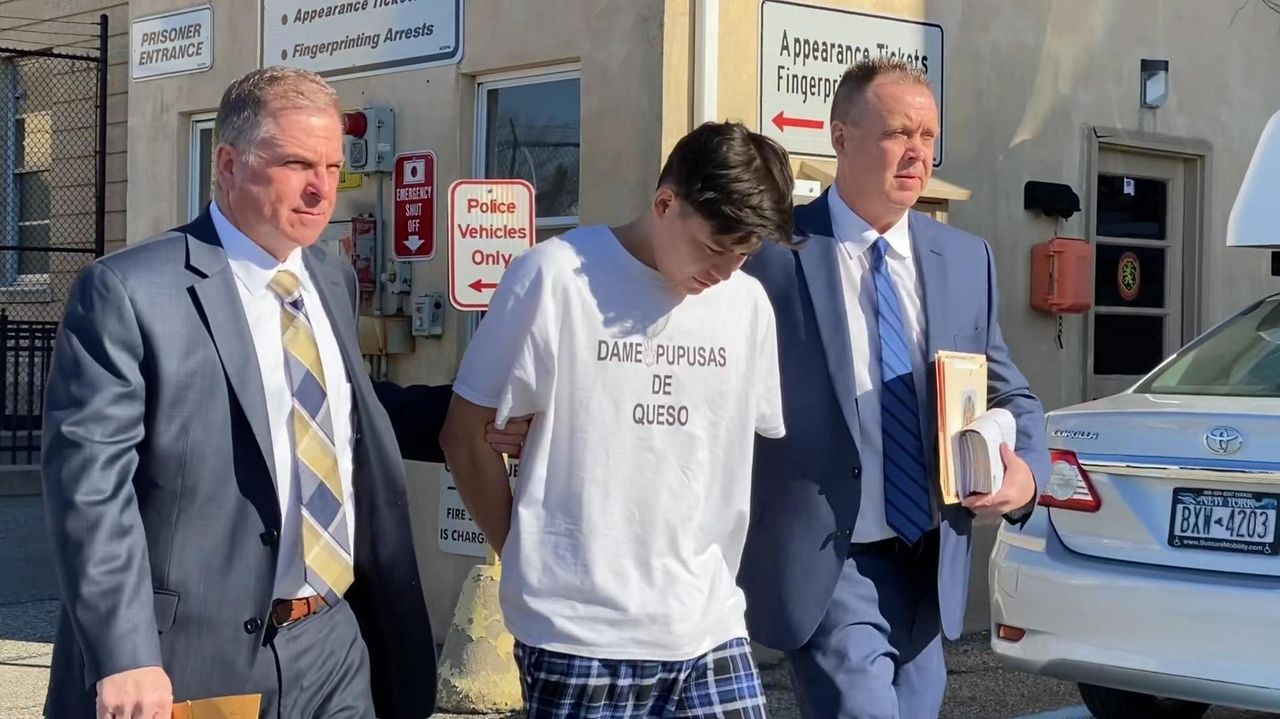 An alleged MS-13 member Nassau police have linked to two 2016 slayings was charged with two counts of second-degree murder Wednesday.

A judge ordered Carlos Alfaro, 22, of Roosevelt, held without bail during his arraignment at First District Court in Hempstead.

Prosecutors said Alfaro confessed on video to the September 2016 killing of Josue Amaya Leonor and the October 2016 slaying of Carlos Ulises Ventura-Zelaya.

Nassau County police said Alfaro was arrested in connection with the slaying of Leonor, 19, whose remains were discovered during an investigation by Homicide Squad detectives and Homeland Security Investigations in a wooded area of the Roosevelt Preserve on May 30, 2018.

Two alleged MS-13 gang members, identified as Josue Figueroa-Velazquez, then 19, and Kevin Lopez-Morales, then 21, were indicted by a grand jury in October 2018 in connection with the death of Leonor, who police said was struck and stabbed with a machete. Investigators said those two were also tied to the slaying of Angel Soler, 15, whose mutilated body was found in October 2017 under cement in a remote wooded area of the preserve near the Southern State Parkway.

Police said Leonor, who was killed Sept. 4, 2016, and Soler, who disappeared on July 21, 2017, had been hacked to death in separate incidents because they were perceived to be enemies of the gang.

Police have not linked Alfaro to the murder of Soler.

But police said that after the arrest of Alfaro for his role in the killing of Leonor, further investigation determined he was responsible for the slaying of Carlos Ulises Ventura-Zelaya, 24, who was killed in October 2016.

According to detectives, First Precinct officers responded to a call for shots fired in front of a Hudson Avenue address in Roosevelt, where they discovered Ventura-Zelaya. Police said that Ventura-Zelaya, who'd been shot, was transported from the scene and pronounced dead at a hospital.