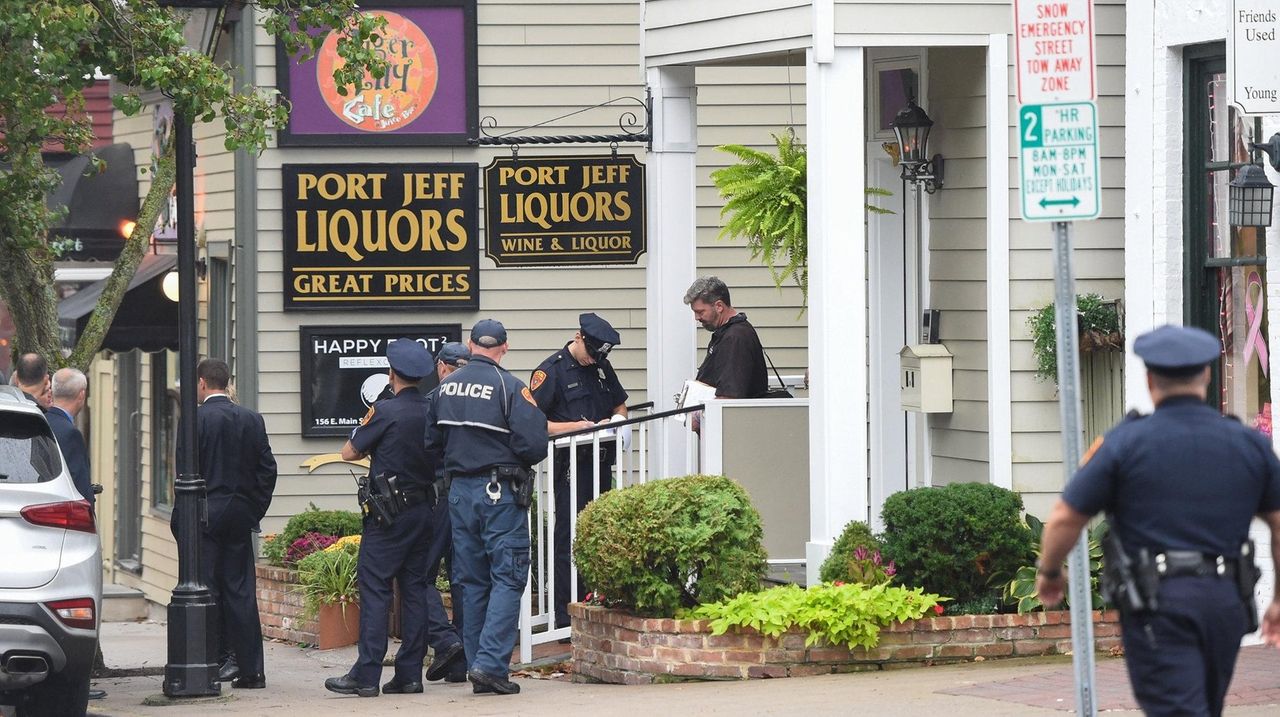 A man swinging a samurai sword was shot dead by the owner of a Port Jefferson liquor store Thursday in what police said was a split-second decision that likely won't result in criminal charges.

Suffolk Homicide Chief Det. Lt. Kevin Beyrer said the man, identified by police as Theodore Scoville, 50, walked into the store and almost immediately removed the samurai sword from a sheath concealed under a poncho he was wearing, swinging it at least three times from a close distance at the owner, who fired a single shot.

“It was a matter of seconds between the time that the guy walked in and the time he was shot,” said Beyrer adding that the store owner “had no time” to call 911.

The owner’s version of events was consistent with the store’s video surveillance, Beyrer said, adding that Scoville also had a hunting knife with him but did not brandish it.

Police had not identified the store owner late Thursday night but Beyrer said his actions were “a clear case of self defense. We are not charging the guy. We let him go home.”

He said Scoville is from Port Jefferson and detectives were investigating whether he and the liquor store owner had previous contact.

“From what we gathered, he’s had a troubled last few years," Beyrer said of Scoville before declining to elaborate.

Beyrer said the owner’s gun used to shoot Scoville was legal, but he declined to say whether it was a handgun or rifle.

“He reported that the man was dead and the gun was on the counter of the store,” Beyrer said.

Beyrer said based on the video, it wasn’t a robbery attempt.

Beyrer also declined to say whether the man has a criminal record or any history of mental health issues.

Scoville was known to frequent the area, Beyrer said, adding that police had several addresses for him and were not certain where he was currently living. Police are investigating whether he had been inside a nearby public library before the shooting and had been asked to leave. Beyrer said police are also looking into reports that he was dropped off in the area before the shooting.

The shooting at Port Jeff Liquors, which sits in quaint downtown Port Jefferson Village, shocked people in the area — known more as a tourist attraction than a shooting scene.

“It just doesn’t happen,” said Loucks, who was at the scene shortly after the shooting. “It’s very unusual here.”

Loucks said he’s bought liquor at the store in the past and knows the owner, though not well.

The liquor store is among a cluster of shops and restaurants and is walking distance from the Port Jefferson ferry to Connecticut.

The village’s public library sits across the street from the liquor store. The library operates the “Young Adult Center,” which hosts after-school programming for teens and is know affectionately around the village as “the teen center,” adjacent to the liquor store, according to Village trustee Kathianne Snaden.

Village officials alerted the middle and high schools to instruct school buses to avoid the area in light of the shooting, Snaden said.

”The worst thing that happens on East Main Street is jaywalking,” said Jamie Sackstein, a graduate student who lives in the area.

Several workers at shops nearby said they didn’t hear a gunshot or see anyone with a sword.

Michael Smithson, 48, a wine delivery man from Perth Amboy, New Jersey, had planned to drop off a shipment at the store Thursday afternoon, but was instead met by police tape.