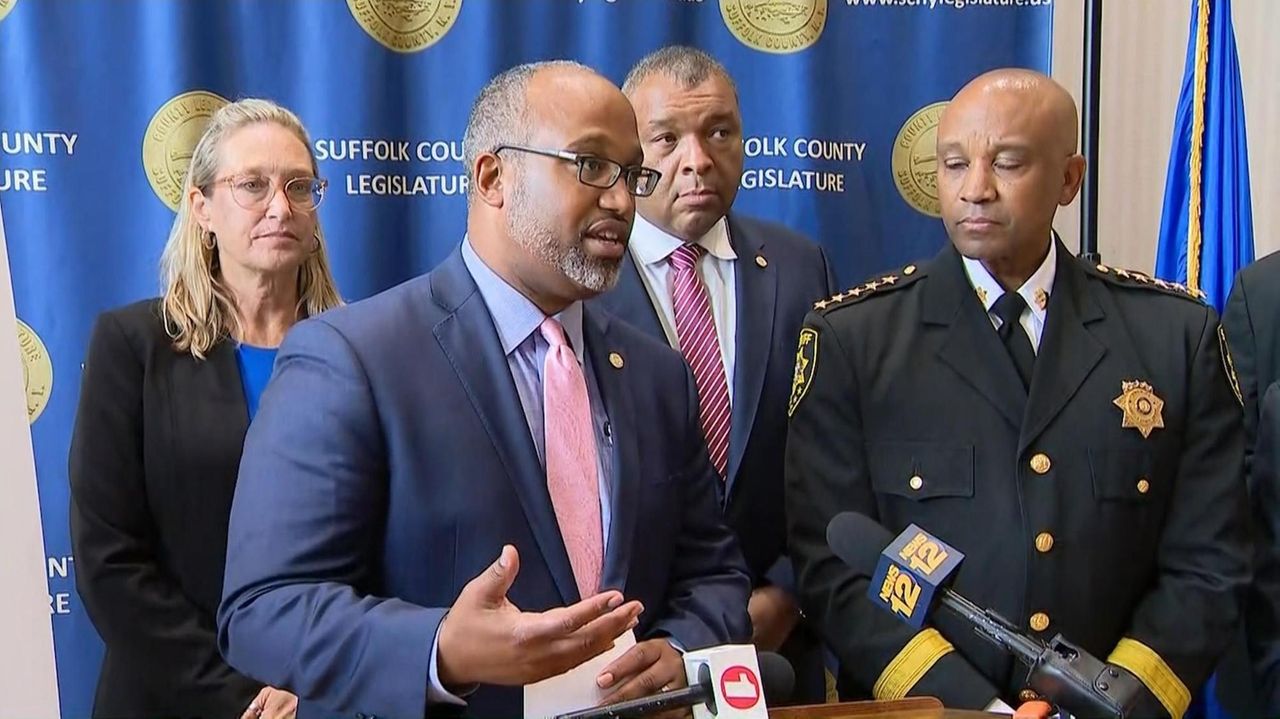 On Wednesday, Suffolk officials held a news conference to warn of a scam in which callers posing as sheriffs tell victims to buy gift cards and give up the card data. Officials urged anyone suspecting they're being scammed to call 631-852-2200. Credit: News 12 Long Island

Scammers posing as sheriffs are threatening potential victims with arrest unless they resolve warrants and illegal activity on their bank accounts with gift cards, Suffolk officials warned Wednesday.

In the latest "sophisticated" con game, the suspects call from what appears to be a government agency number and tell the victims there are warrants for them or that their bank accounts are associated with drug dealing or money laundering, the Suffolk sheriff and county lawmakers said at a news conference. The scammers give their targets, many of them seniors, telephone numbers to call once the gift cards are purchased so they can pass on the information on the cards, officials said.

"Victims of the scam are being told to pay over the phone by using some form of gift card," Sheriff Errol Toulon Jr. told reporters at the county legislature building in Smithtown.

"The victim believed the scammer and drove to Target and Best Buy to buy thousands of dollars in gift cards," the sheriff said. "Then he called the scammer back and gave him the numbers on the back of the gift cards."

Then the victim tried to pay for a gift card at Home Depot, where a cashier got suspicious and warned him of scams, the sheriff said. That's when the victim called the sheriff's office, he said.

Toulon said his agency did not call people asking them to pay over the phone. At the news conference, that message was emphasized by a poster-sized sign that said "No government agency calls residents to ask for gift cards or cash."

"It's alarming the pervasiveness and aggressiveness these scammers are trying to do to our citizens," Gregory said.

Anyone in doubt about whether a caller is from the sheriff's office may contact the department at 631-852-2200.