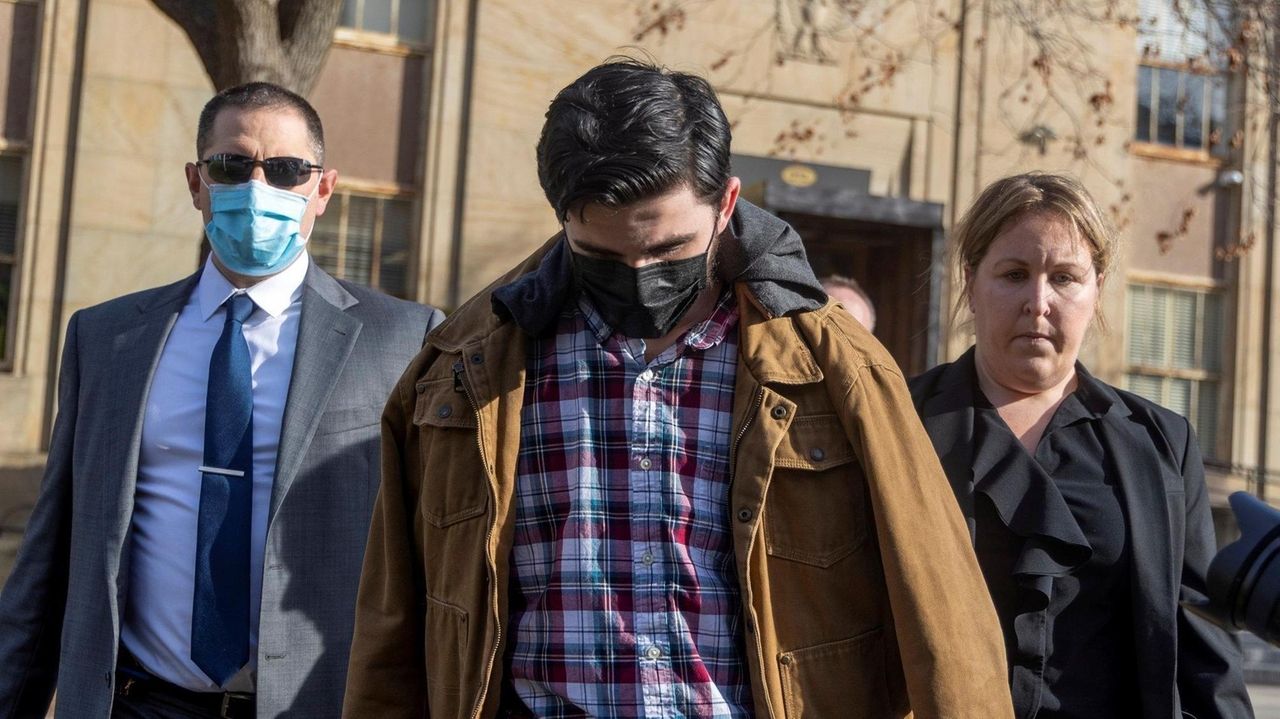 A Seaford man posted images of at least a dozen girls and their contact information on a pornographic website and encouraged users to threaten the victims with sexual violence, Nassau prosecutors said Thursday.

Patrick Carey, 20, was charged with promoting a sexual performance by a child, possessing a sexual performance by a child, second-degree aggravated harassment as a hate crime and other offenses, according to a Nov. 23 indictment. Carey appeared for arraignment Thursday before Nassau County Judge Robert Bogle, who ordered him held on $50,000 bond, $25,000 cash or $150,000 partially secured bond. Bogle ordered Carey to return to court Jan. 4.

Carey and the victims attended MacArthur High School in Levittown, according to prosecutors, who said the photos were taken when the girls — now adults — were in high school and middle school. The photos were taken from the girls' social media accounts and then altered to suggest they had engaged in sexual conduct. Carey graduated in 2019, school officials said.

Police have identified 12 victims, but investigators believe Carey may have posted images of dozens more, perhaps as many as 50.

"Some of them were getting very violent rape fantasies and their contact information is out there, so if anybody was so inclined to act on this, they could," Scannell said at a news conference at the courthouse. "He really put a lot of women in extreme danger."

Carey was represented at Thursday’s arraignment by the Legal Aid Society of Nassau County, which did not respond to requests for comment. He faces up to 14 years in prison if convicted on the top charge.

According to the indictment, Nassau police were contacted by 11 women between January and September who said they had discovered images of themselves on a pornographic website. Their full names, addresses and telephone numbers accompanied the images. The images had been altered by superimposing the victims’ faces on images of women engaged in sexual behavior, according to officials.

Another woman told Nassau police in November 2020 that she too had found a sexually explicit image of herself — taken when she was a minor — on the same pornographic website.

Some of the victims told police they had been notified by social media companies that Carey had "screenshotted" images that later appeared on the website, prosecutors said. When the victims learned their images had been posted on the site, they contacted police.

Investigators determined that Carey used three different usernames to post images of the victims from August 2019 until Sept. 5 — just hours before police arrested him.

Acting Nassau District Attorney Joyce A. Smith urged anyone who believes they were victimized by Carey to call her office at 516-571-2553.