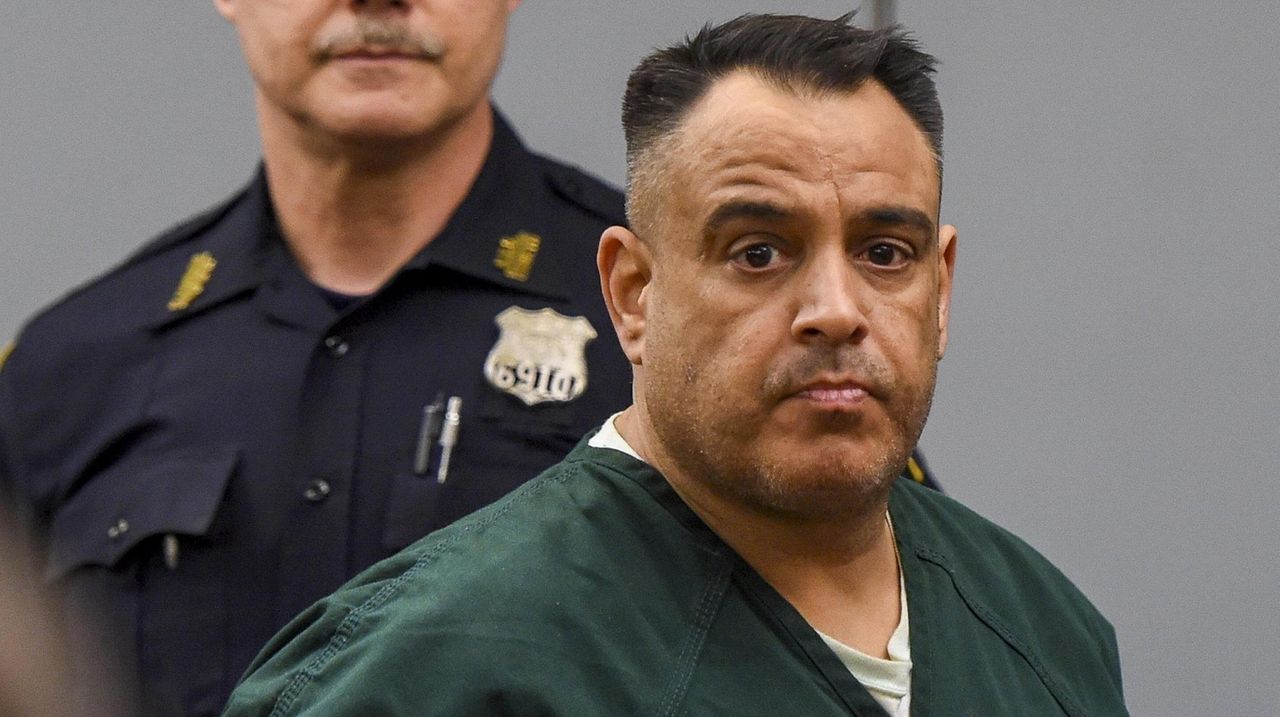 A Sound Beach man who prosecutors said operated a "sex dungeon" in the basement of his parents’ home and used drugs to push more than 20 women into prostitution was sentenced to 9 1/2 years in prison Tuesday.

"Today, he met his fate, he was sentenced to 9 1/2 years in prison, and he deserves every second of it," Sini said.

A woman who said she was the mother of one of Rodio’s victims said Rodio deserved a much harsher sentence. Stacie Saunders of Farmingville said her 20-year-old daughter, Danielle Saunders, died in January 2019 from a drug overdose.

"My daughter passed away two months before he was finally arrested," said the grieving mother, wearing a T-shirt with her daughter’s photo.

"She, you know, got caught up, caught up" Saunders added. "Made promises, got hooked on drugs, and now she is gone."

Rodio pleaded guilty in February to sex trafficking and drug charges as well as promoting prostitution. But during Tuesday’s hearing he told Suffolk County Judge Mark Cohen in Suffolk County Supreme Court in Riverhead that he did not realize he could testify before the grand jury that had indicted him and asked Quinlan to allow him to withdraw the plea.

"Allow me to take back my plea," Rodio urged the judge. "This whole case is a disgrace to the cause of justice. This is a travesty of justice, that is what this is."

Rodio’s attorney, Steven Wilutis of Miller Place, later acknowledged that his client had pleaded guilty to the charges in February but continues to maintain his innocence.

The investigation that led to Rodio’s sentence started two years ago after a routine traffic stop by a Suffolk police officer, who suspected a woman in the car was a victim of sex trafficking. The Suffolk County Police Department’s Human Trafficking Investigations Unit gathered evidence that showed the woman had been forced into prostitution by Rodio in the spring of 2018.

"Raymond Rodio III was engaged in the unthinkable for years — a sex trafficking operation in his parents’ basement and today he will be punished for the damage he caused to more than 20 victims," Suffolk Police Commissioner Geraldine Hart said.

Prosecutors said Rodio operated a ring involving more than 20 women — mostly Suffolk residents in their 20s — from 2014 through February 2019 out of the windowless basement of the home on Lower Rocky Point Road. He recruited the women through advertisements on websites promoting prostitution, including now-shuttered Backpage and Craigslist. Rodio kept a large percentage or all of the revenue the women earned through prostitution.

Rodio provided the women with crack and heroin when he met them. Once they became addicted, Rodio told the women he wouldn’t give them drugs to ease their cravings unless they worked as prostitutes.

Rodio would keep the women against their will in the basement, which does not have a shower or a bathroom, for long periods of time, prosecutors said. When they needed to relieve themselves, the women used a bucket, according to prosecutors.

"This case sends a clear message to those who are trafficking women and girls in this county: We will not stand for it." Sini said.

Rodio’s sentence did little to comfort Danielle Saunders’ sister, Tiffany, who attended the hearing with her mother.

Correction: An earlier version of this story incorrectly stated the source of the drugs that resulted in the fatal overdose of Danielle Saunders.