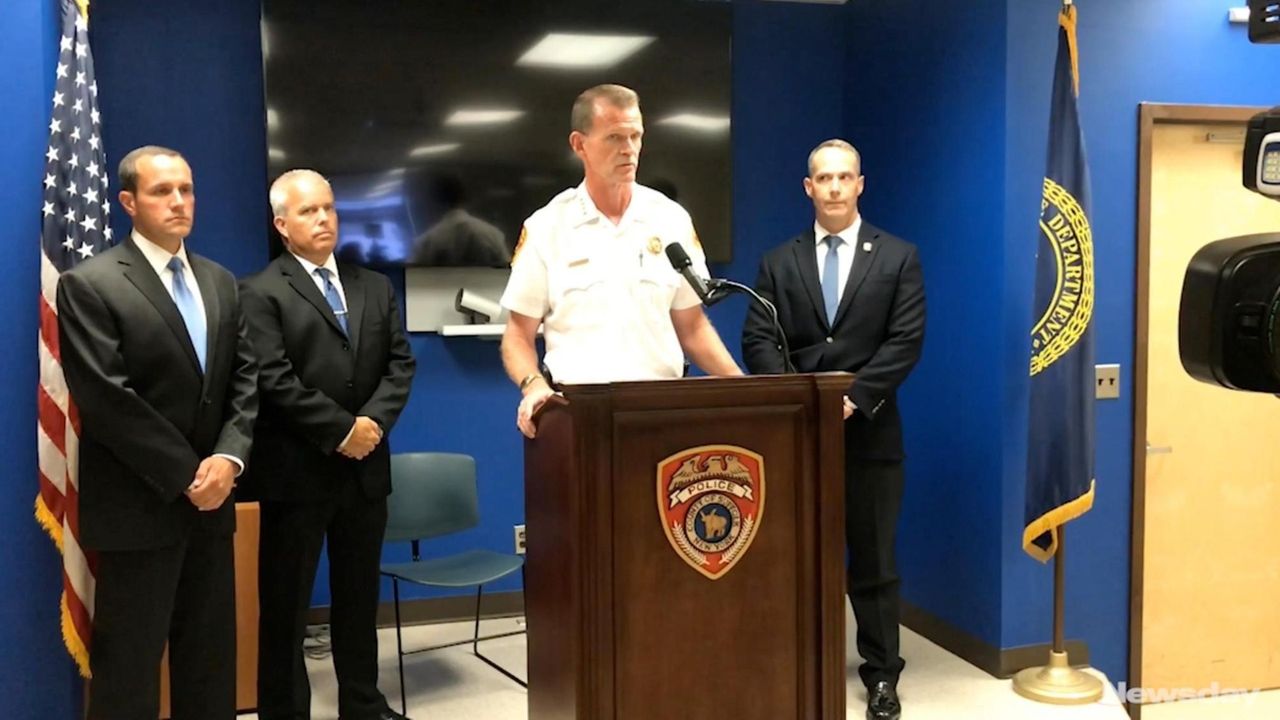 A Bellport man wanted by Suffolk police for alleged sex trafficking and drug charges was taken into custody Monday after a hit-and-run crash, authorities said.

"In his 27 years, he has amassed 42 prior arrests, for sale and possession of controlled substances [and] grand larceny," Cameron said. "He has had his parole revoked. He has been driving while impaired by drugs. He has resisted arrest and he has unlawfully fled from the police."

A five-month investigation by the Suffolk police department's Narcotics Section and Human Trafficking Unit had determined that Holland sold narcotics and provided them to women, police said.

Holland gave the women heroin or crack for free "but his motives were much more sinister," Cameron said. "He was looking to get them addicted to the drugs, and then would ask for payback and would prostitute them out."

Authorities wouldn't say how many women Holland allegedly forced into prostitution, but Cameron said it was "more than two."

Police said they were searching for Holland on Sunday afternoon when a Fifth Precinct officer driving on Station Road in Bellport saw a white 2015 BMW heading north on Station suddenly accelerate to a high rate of speed. The officer pursued the BMW and, just before 5:15 p.m., the driver collided with two other vehicles, Cameron said.

Three people inside the BMW, including Holland as a passenger, got out of the vehicle and fled with police chasing after them, Cameron said. Officers eventually apprehended Holland and another occupant of the BMW but the third person escaped, Cameron said. It was unclear Monday night if anyone in the other vehicles involved in the crash was injured.

The five-month investigation that netted Holland started in March after someone walked into the Third Precinct on St. Patrick's Day to report a missing woman.

"The Third Precinct detective who had the case was astute enough to recognize that there was a similar pattern amongst other missing girls that were reported missing under similar circumstances," the chief said.

A separate investigation is underway to determine how Holland obtained drugs to sell, authorities said.