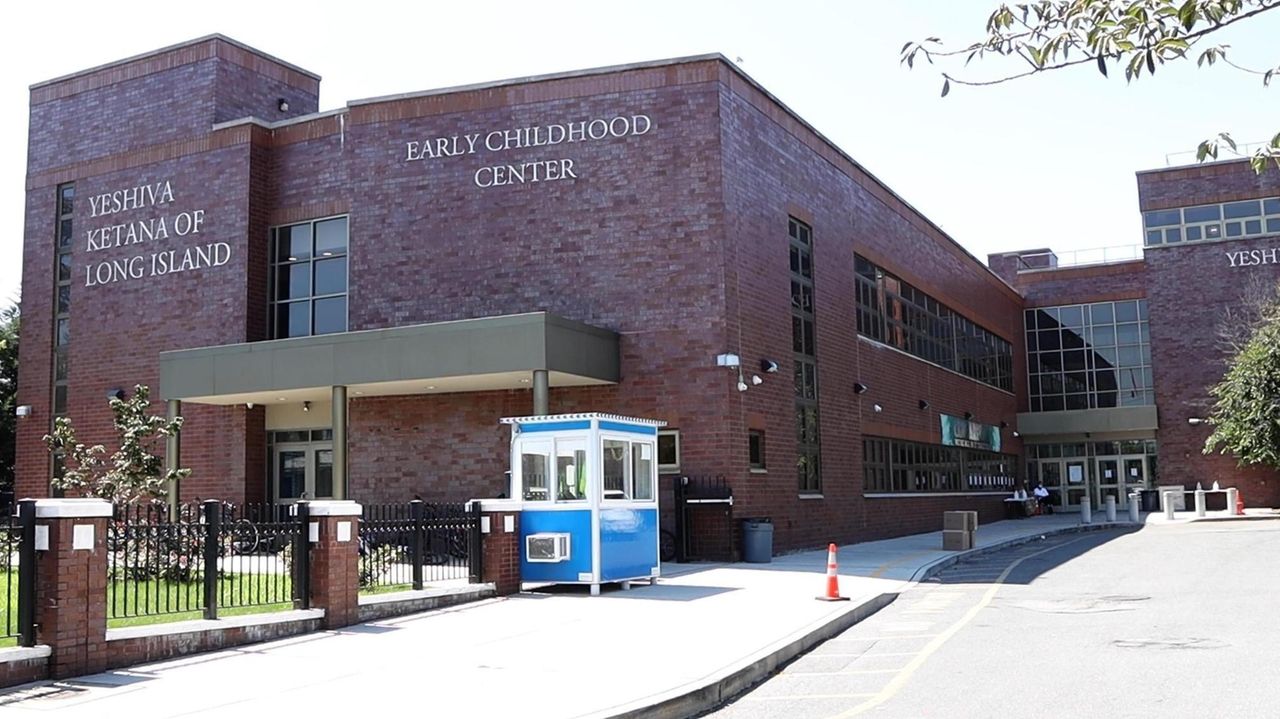 Nicola Pelle, of Inwood, is facing charges after making a terroristic threat towards the Yeshiva Ketana of Long Island in Inwood. Newsday's Cecilia Dowd has the details. Credit: Howard Schnapp

An Inwood man is accused of saying he would shoot people at a children’s day camp next door if the county failed to address an alleged violation of social distancing rules for the coronavirus pandemic, according to the Nassau County Police Department.

The man, Nicola Pelle, 58, made the threat against the camp, Yeshiva Ketana of Long Island, on Monday after calling the Nassau County Department of Health twice to report the violation, according to a criminal complaint.

Neighbors, including Yeshiva Ketana's rabbi, said the allegation is out of character and had nice things to say about him.

Pelle alleged that about 500 students at the Inwood camp were not wearing masks, according to Patrick Ryder, Nassau’s police commissioner, who addressed the case at a news conference Tuesday.

“While police were en route the defendant, Nicola Pelle called again and threatened to get a gun and shoot the individuals at the location if the police didn’t get there,” the police department said in a news release.

The police seized “as evidence” handguns, rifles and shotguns from Pelle, who holds a valid pistol permit from the county, the release said. Ryder said all of the firearms but one were legal in New York State. Pelle has a pistol permit because he handles cash in his landscaping business, Ryder said.

Pelle could not be reached for comment. According to online court records, bail was set at $5,000 at an arraignment Tuesday. It was not clear whether it had been posted.

According to the criminal complaint, Pelle lives next door to the camp. The complaint says Pelle signed a "statement of admission."

Neighbors said the allegations were out of character for Pelle.

“We feel that he may have been frustrated by some of the situation that we’re under. There is duress right now on everyone’s part. We feel for him that he brought himself to that point, and we hope that he takes back what he said, and we could be on an amicable plain as we’ve had throughout the years that we’ve had together,” the rabbi said.

He said that over the years, Pelle had been polite, pleasant, maintained his property, and "he even enjoyed the sounds of the children here throughout the day."

NY pols call for quick dredging of 'dangerously shallow' Jones Inlet
A community comes together to 'put food in the fridge that people will actually eat'
How much state aid could your school district get?
State Senate confirms Janno Lieber as MTA chairman
Barge off Long Beach surveys best route for wind-powered cable
Forecast: Bitter cold impacting much of nation to arrive on LI
Didn’t find what you were looking for?