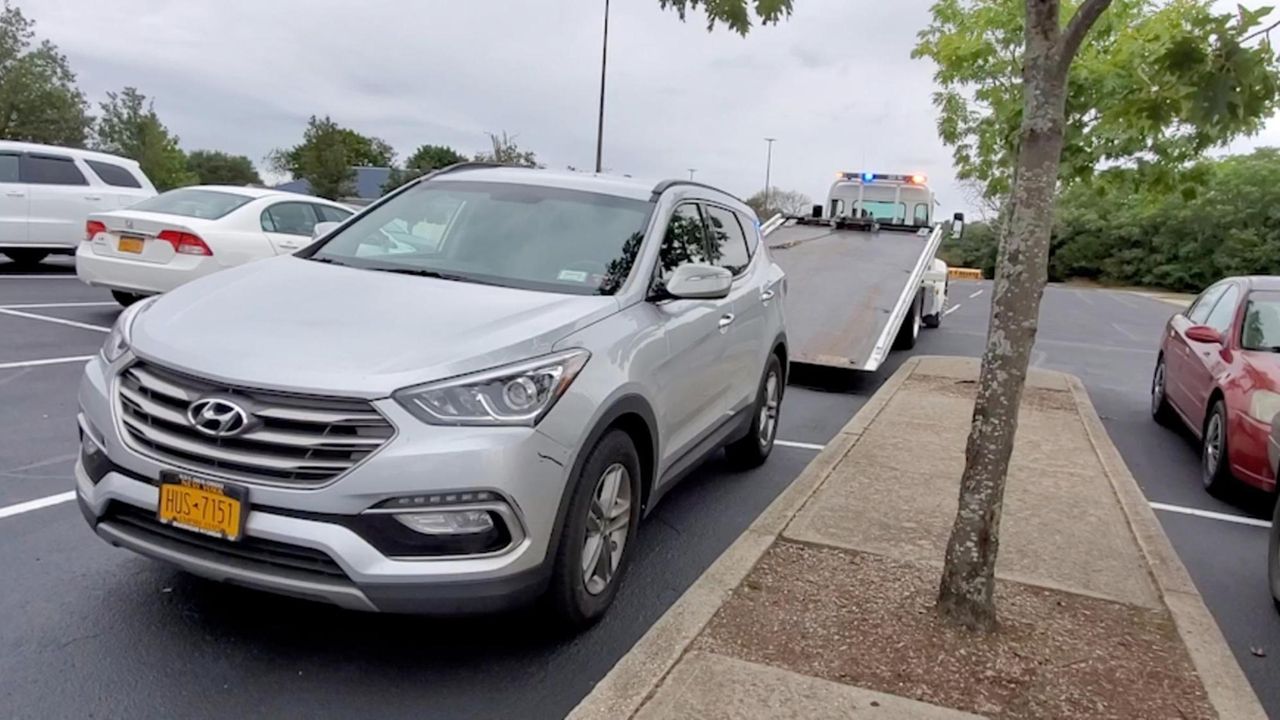 On Friday, a 3-year-old girl at the center of a statewide Amber Alert was found safe about 13 hours after, police said, her mother shot the girl's father at his home in Flanders, then fled with the girl in a sport utility vehicle. Credit: James Carbone, Randee Daddona

The woman who allegedly shot a man Thursday night in Flanders, setting off an Amber Alert for their 3-year-old daughter, surrendered at Southampton Town police headquarters around 1 p.m. Friday, police said.

The girl at the center of the statewide Amber Alert, Vanessa Tennant-Mitchell, was found safe earlier Friday, more than 10 hours after her mother shot her father at his home in Flanders, police said.

Police said that despite their fears that the girl was in imminent danger when the Amber Alert was issued just after 7 a.m. Friday, she was at the home of a relative in Riverhead at that time.

Southampton Police Lt. Susan Ralph said Vanessa's mother, identified by police as Patchita Tennant, dropped the girl off Thursday night, but authorities were still investigating when that occurred. "We're looking into whether [the mother] dropped the child off pre- or post-event," Ralph said Friday afternoon.

The relative contacted police upon seeing the alert, authorities said.

Tennant has been charged with first-degree assault and criminal use of a firearm, both felonies. She will be arraigned at Southampton Town Justice Court on Saturday morning, officials said.

Tennant surrendered accompanied by her attorney, Ralph said. The name of the attorney was not available.

Police said Vanessa's mother, who is also known as Patricia Tennant, shot Andrew Mitchell, 46, multiple times just before 8:30 p.m. Thursday during a dispute at his home on Pleasure Drive.

Mitchell, who was airlifted to an unidentified hospital in stable condition, reported the shooting to police and was able to supply investigators with details of the incident. He sustained serious but not life-threatening injuries, police said.

Child Protective Services was notified, and staff will determine whether Vanessa can remain with the family member, Ralph said.

Police found Tennant’s vehicle abandoned in western Suffolk County, Ralph said. Police had previously said they were investigating an SUV found in a Middle Island parking lot but Ralph would not say if that was Tennant's vehicle. Photos of the Hyundai Santa Fe, however, showed it had the same license plates as the vehicle cited in the Amber Alert.

The weapon used in the shooting has been recovered, Ralph said.

Ralph said Tennant, 42, had lived together "on and off" at the Flanders residence with Mitchell and Vanessa but recently had been living at a separate residence in Riverhead.

Mitchell and Tennant shared custody of their daughter, Ralph said.

Police are still investigating the details of the shooting and whether there was any prior history of domestic violence between Tennant and Mitchell.