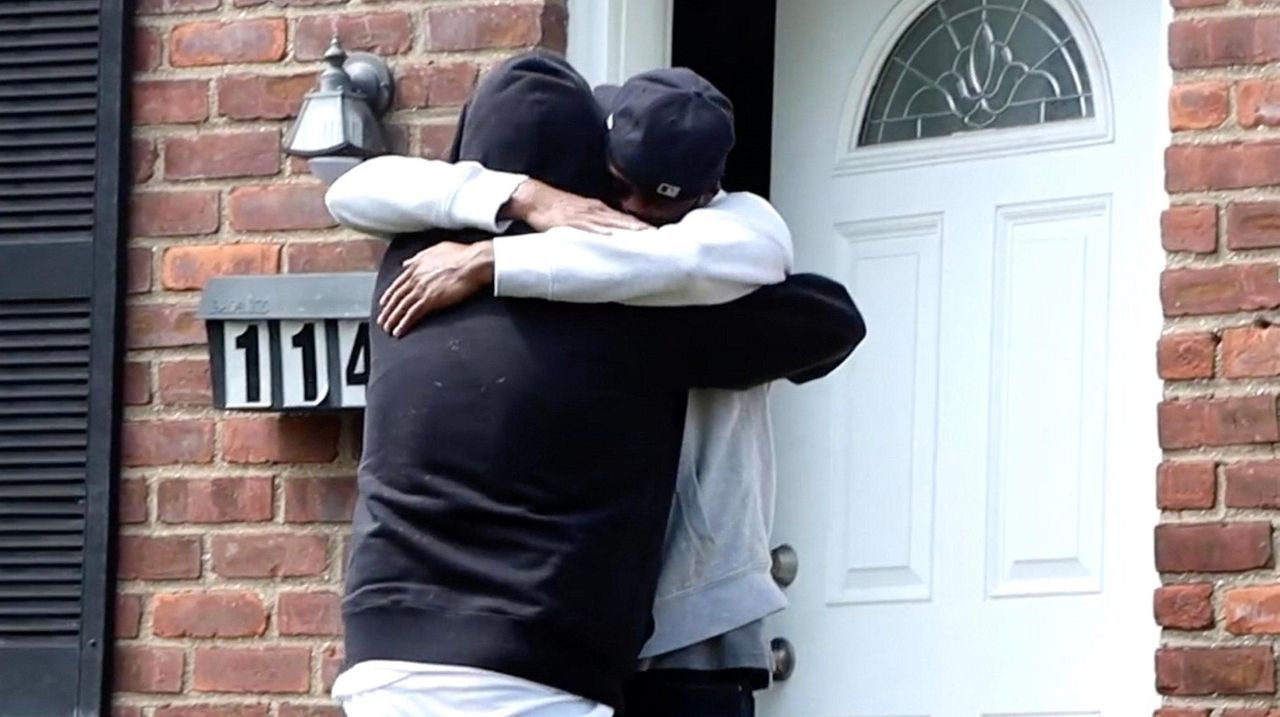 The Stop & Shop shooting victim, identified by police as Ray Wishropp of Valley Stream, was remembered as a ‘great guy,’ always willing to help. Police said the alleged shooter was a ‘troubled employee.’  Newsday reporter Cecilia Dowd has more on this story. Credit: Newsday

This story was reported by Craig Schneider, Cecilia Dowd, John Asbury and Robert Brodsky. It was written by Schneider.

As soon as Alex Bernard learned of Tuesday's supermarket shooting in West Hempstead, he started texting his cousin, Ray Wishropp, the grocery manager.

Bernard wanted to make sure his cousin was safe. He waited for a response. And waited some more.

"I pray you’re not answering me because you’re talking to police,'" he recalled texting Wishropp.

But on Tuesday, Wishropp, 49, the father of seven and a new grandfather, became the latest victim in this country's spasm of shootings.

He was a manager of the Stop & Shop in West Hempstead when, police say, a worker gunned him down and wounded two other employees.

"My family’s very heartbroken today. We lost a genuine great person," said Bernard, choking up, as he stood in the driveway of the home.

"You see on the news, not knowing it’s your family member. It hurts," he said. "We can’t ask why did God take our loved me from us? There are wicked people in this world. We can’t blame God for wickedness. We turn to God for comfort."

Wishropp, who was Guyanese and divorced, was father to four boys and three girls and a grandfather to one, Bernard said. He grieved that his cousin would not see his 1-year-old grandson grow up.

Police have arrested Gabriel DeWitt Wilson, 31, a shopping cart attendant at the store. He is charged with one count of murder and four counts of attempted murder. Wednesday, he pleaded not guilty and was ordered held without bail.

Wilson fired seven shots from a .380-caliber semiautomatic handgun at five people in the store, and then fled, police said, and was arrested about four hours later in a Hempstead apartment building.

Bernard said he knew of no prior conflicts between Wishropp and Wilson, and their jobs never crossed.

The two other Stop & Shop employees, a 50-year-old man and a 26-year-old woman, are hospitalized and recovering.

Memories of Wishropp — his love for his children, his easy way with his staff, his kindness in helping a neighbor — poured out of those who knew him.

Gus Vicari lives next to Wishropp. He called Wishropp "a very good friend," soft-spoken and always eager to help. Wishropp had helped him erect a fence last October.

"On Saturday he was taking me to buy vegetables for our garden, and now he’s gone," Vicari said.

Vicari's wife, Mary Ellen Vicari, described Wishropp as "an all-around good guy. And it just seems that's who it happens to."

Esther Guartafierro, who lives across the street, said neighbors on the small street look out for one another. "I am going to miss him," she said. "I just keep on reflecting in my mind that he's just gone like that."

Gordon Stevenson, a cousin of Wishropp from Canada, started a GoFundMe page for the family. He recalled coming to New York when he was 12 and driving around in his older cousin's car.

"We would ride around in Ray's car, with these big subwoofers," he said. "He introduced me to rap."

Inside the family's white-and-brick home, family and friends shared stories and tears, said Joe Aggerup, who said he's been best friends with Wishropp for more than 40 years, since they were 6-year-olds growing up in Far Rockaway. They went to school together, traveled with their families together, and spoke daily, he said.

The two loved to travel to the Dominican Republic, heading there some 30 times over the years.

"We used to go for his birthday, which is coming up," he said.

He said Wishropp had worked for Stop & Shop for about 30 years at different locations. Wishropp loved his job, was kind to his employees and had a gentle way with customers, especially when they were upset, he said.

Meanwhile, the community has rallied around the Wishropp family. Two of his daughters are in the Valley Stream school system, one in high school, the other in middle school. People have contributed to the GoFundMe page and signed up for a meal train to help the family.

Stevenson said he spoke to Wishropp's mother Wednesday. She was about to go and view the body to verify his identity, he said.

"I had hoped to see him soon, but unfortunately that was robbed from me," Stevenson said.

Manny Baksh, Wishropp's roommate and close friend of 25 years, said he lost a man he considered a brother.

He said Wishropp should be remembered for his generous deeds and big heart.

"They took away a great guy for no reason," he said.

With Robert Brodsky and John Asbury

Suspected Stop & Shop shooter charged with murder at arraignmentPolice on Wednesday identified the man who was fatally shot as Ray Wishropp, 49, of Valley Stream. See photos from the scene of the Stop & Shop shootingOne person was killed and two others were injured in a shooting Tuesday morning at a Stop & Shop in West Hempstead, authorities said.