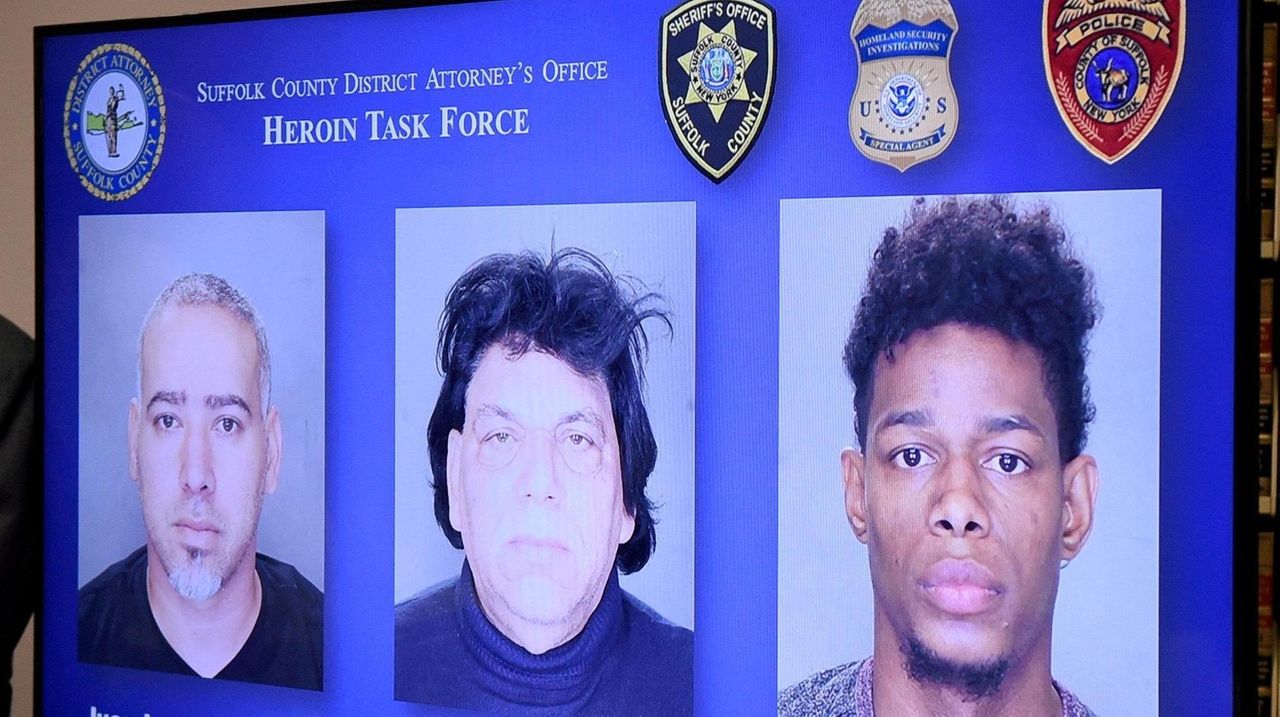 Suffolk County District Attorney Timothy Sini said Wednesday three men have been indicted on charges of selling fentanyl, heroin and cocaine out of the Man Cave barbershop on Route 112 in Port Jefferson Station. Search warrants led to the seizure of evidence including drugs, packaging equipment and cutting agents, he said. Credit: James Carbone

Three Suffolk County men have been indicted on charges they used a Port Jefferson Station barbershop to sell hundreds of thousands of dollars worth of the deadly narcotics fentanyl, heroin and cocaine — even as legitimate customers paid for haircuts, officials said Wednesday.

While the barbershop provided haircuts to some customers, others were in and out in five minutes after to purchasing drugs, said Suffolk County District Attorney Timothy Sini. Authorities did not link any of the narcotics allegedly sold at the barbershop to overdoses, Sini said.

“The Man Cave gave barbershop customers a choice of hair styles and a choice of drugs,” Sini said in Riverhead at a news conference announcing the indictments. “When they should have been focusing on cutting hair, these defendants were in the backroom, cutting fentanyl and cocaine.”

Charged in the indictment was Juan Lopez-Enriquez, 41, of Coram, the manager of the barbershop owned by his wife, who authorities said coordinated the drug sales and also cut hair.

Santiago Tavarez, 64, of Rocky Point, who goes by "Jose Rosado" or "Old Man," and is a barber at the shop, faces multiple felony counts of possession and sale of a controlled substance.

If convicted, Lopez-Enriquez and Tavarez each face a maximum sentence of 8 to 20 years in prison.

Lopez-Enriquez and Encarnacion were arrested on Oct. 4. Tavares was arrested Monday.

Attorneys for the men could not be reached for comment.

The men sold about 1 kilogram of narcotics a month, and frequently sold fentanyl to buyers who thought they were getting heroin.

When police executed search warrants on Oct. 4 at the barbershop and other locations, they found a loaded semiautomatic handgun, a box of ammunition cartridges; a hydraulic kilo press; two scales; packaging materials; about 20 grams of cocaine; and about 200 grams of powder cutting agent, which authorities said is used to dilute narcotics to make them more profitable.

Also found was a can with a dog food label.

“Sure enough, it’s a hollowed-out can, and paraphernalia, drugs and cash were put in a Kibbles 'n Bits dog food can,” Sini said.