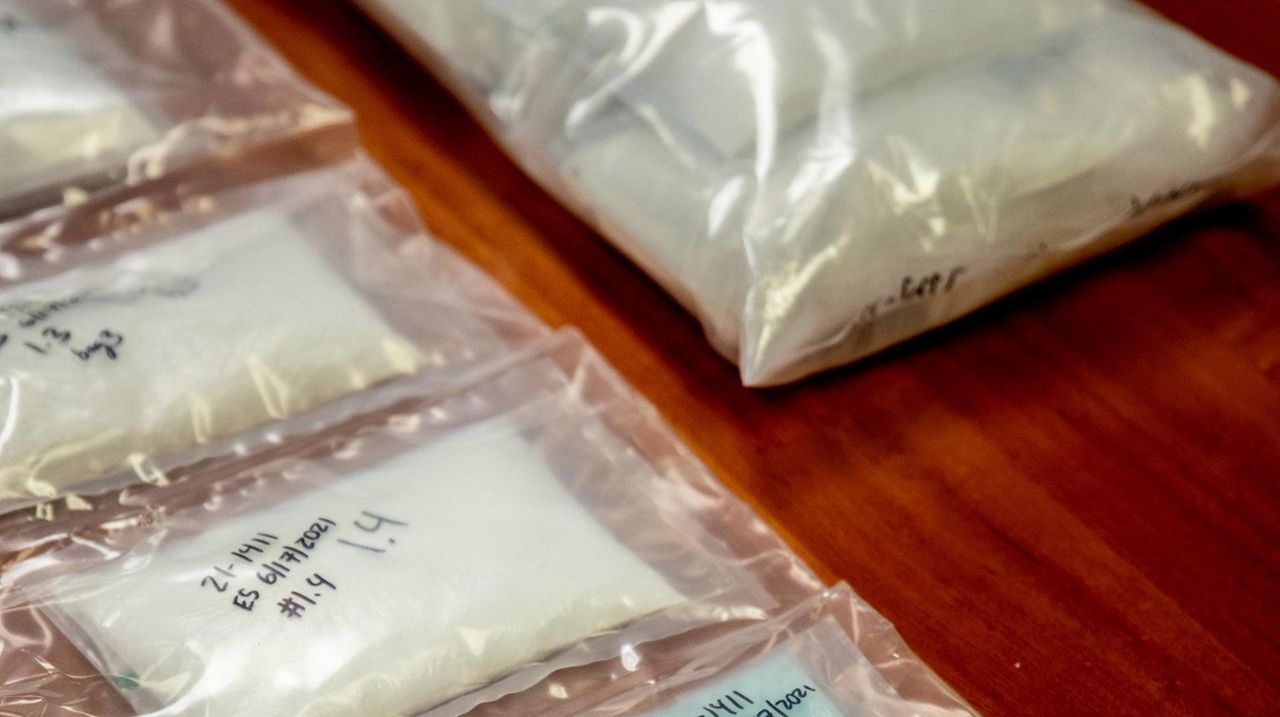 A Suffolk man already facing a Manhattan murder charge was at the helm of a "one-stop-shop drug delivery service" that trafficked fentanyl, heroin, crystal meth and cocaine on Long Island before a recent bust that included a seizure of about a half-million dollars in narcotics, Suffolk authorities said Thursday.

An attorney for Robert C. Johnson, 26, of Melville, said he pleaded not guilty Thursday in a Riverhead court to charges that include operating as a major drug trafficker, conspiracy and drug sale and possession offenses.

Suffolk District Attorney Timothy Sini said at a press briefing that Johnson personally delivered a variety of drugs to the homes of buyers and resellers as part of a major drug network that law enforcement officials began probing more than a year ago using techniques that included surveillance, electronic eavesdropping and GPS tracking.

"The evidence in this case is overwhelming," Sini said of an alleged drug ring disruption that also ensnared four other Long Island residents in felony charges.

Court records show they pleaded not guilty during arraignments Monday.

Sini said authorities seized nearly six kilograms of drugs, along with about $140,000 in cash and the shirt they believe Johnson wore while allegedly carrying out a June 10 slaying in the Chelsea section of Manhattan.

A series of seven search warrants were carried out June 12 at homes in West Babylon, North Babylon, Melville and Great Neck, and inside three vehicles, according to the district attorney.

Sini said authorities also found a receipt for tattoo removal work they believe Johnson, who goes by the street name "Panama," sought to try to avoid detection after allegedly committing the homicide.

Authorities arrested Johnson on June 12 in Suffolk before the NYPD charged him in the slaying, according to law enforcement officials.

Johnson previously pleaded not guilty to second-degree murder and weapon charges in the June 10 fatal shooting of Brooklyn resident Byron Morales, 25, outside a Manhattan hotel on West 16th Street.

A New York City judge remanded Johnson into custody in that case before a Suffolk judge on Thursday set a bail of $1 million cash or $2 million bond in the drug matter.

Johnson’s attorney, John LoTurco, said in an interview later that his client has no prior criminal convictions, "comes from a solid family" and has been mourning the recent death of his father.

Johnson graduated from North Babylon High School, went to Nassau Community College for more than a year and owns a construction business but hasn’t been working due to the pandemic, according to the attorney.

LoTurco also said prosecutors haven’t yet provided discovery information detailing the evidence against his client in the drug case, but he already sees weaknesses in it.

"It does not appear to fit the profile of a major drug trafficker," the attorney added.

Acting Suffolk Police Commissioner Stuart Cameron called Johnson an "extremely dangerous" person and Thursday commended personnel from different agencies who pitched in on the operation that began in April 2020 for getting him off the streets.

"It was a lot of work to make this case," he added.