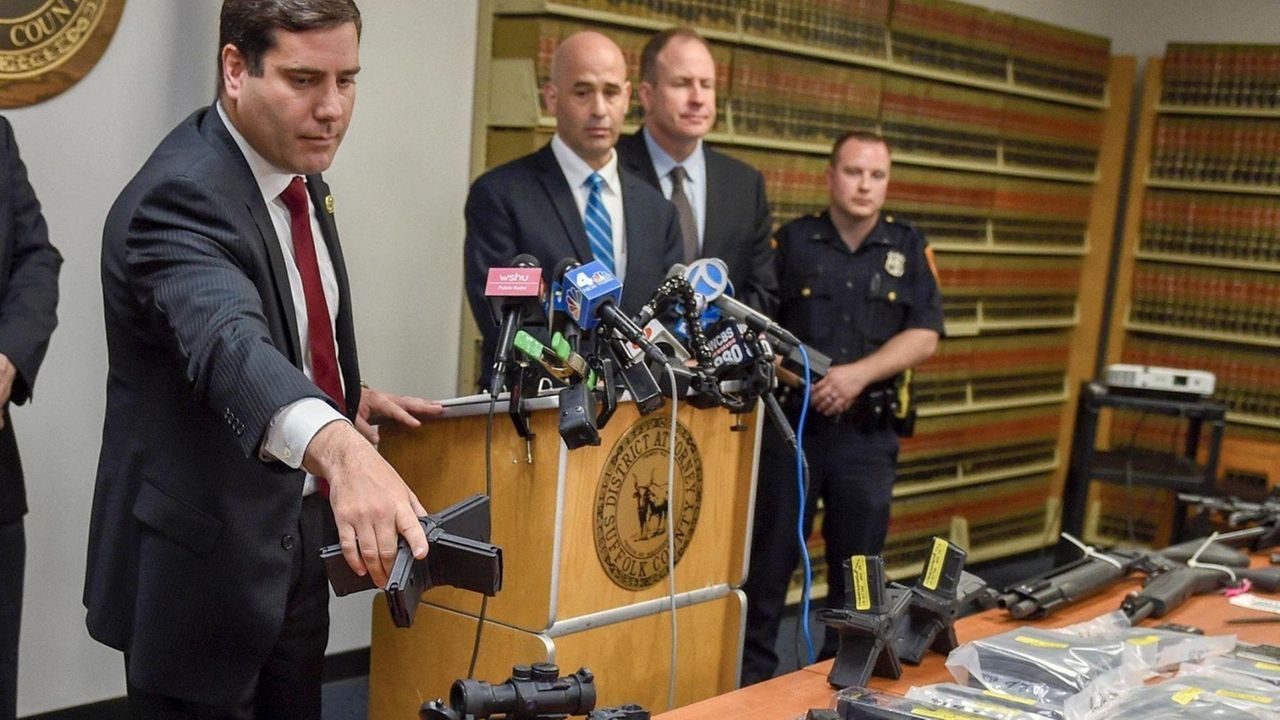 Suffolk District Attorney Timothy Sini on Tuesday announced the unsealing of an indictment against Daniel Hassler of Shirley, who faces gun charges. An alleged oxycodone dealer, Hassler reportedly kept an arsenal of assault rifles, which Sini referred to during the news conference. Credit: James Carbone

Complaints from his Shirley neighbors in March led to the indictment this week of an accused oxycodone dealer with an arsenal of assault rifles, Suffolk police and prosecutors said Tuesday.

Suffolk police targeted Daniel Hassler, 39, after neighbors alerted officers to what seemed like drug traffic in and out of his house, Sini said. An investigation showed that Hassler kept tabs on people with legitimate prescriptions, even keeping track of when they were due for refills so he could buy some of their pills, Sini said. He declined to say how Hassler found these patients.

Hassler's attorney, Steven Wilutis of Miller Place, denied that his client is a drug dealer. "We contend that the firearms are legally purchased at local dealers," he said. "We intend to plead not guilty."

Sini, standing behind a table full of weapons and ammunition at a news conference in Riverhead, said Hassler preyed on both indigent, legitimate prescription drug users and on addicts.

Because he'd been robbed by rival dealers, Sini said Hassler kept several assault rifles and "pentagon" high-capacity magazines. One such gun, fully loaded with 50 rounds, was found on Hassler's bed when officers executed a search warrant on April 24, Sini said.

"This individual armed himself to the teeth," Sini said. "These are military-grade weapons that could easily be used to cause mass devastation."

"It's nice to see this one operation put out of business," Gigante said.