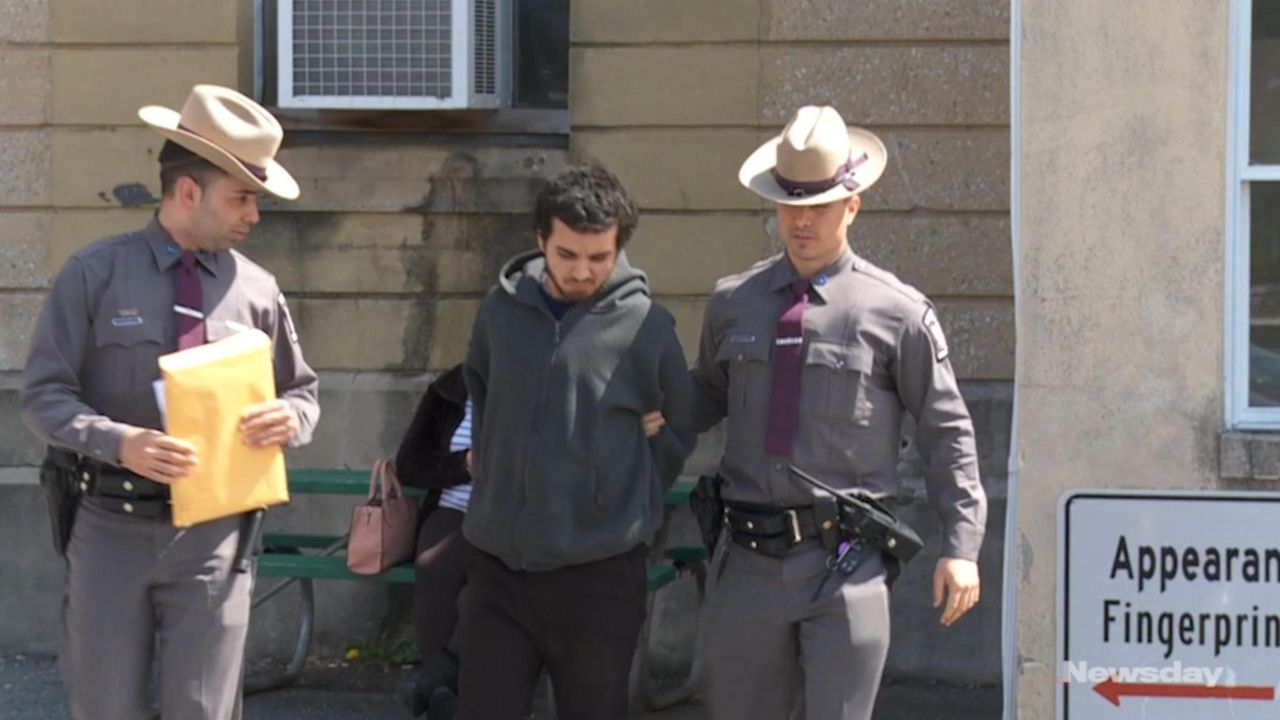 On Friday, police arrested Christopher Gomez-Almendarez, of North Baldwin, who authorities said was driving impaired on the Southern State Parkway Friday morning when he struck the back of another car, killing the driver.  Credit: Jim Staubitser

Family and parishioners of a Merrick church are mourning the loss of a retired priest who delivered a sermon on Jesus' life and resurrection, then died hours later on Good Friday in a crash allegedly caused by an impaired driver on the Southern State Parkway.

The Rev. T. Chacko Mammen, 69, was driving west in his GMC sport utility vehicle when a Honda driven by Christopher Gomez-Almendarez, 23, rear-ended his vehicle about 12:10 a.m. near Exit 30 in North Massapequa, State Police said. The GMC careened onto the shoulder and hit a tree. Mammen was rushed to St. Joseph Hospital in Bethpage, where he was pronounced dead, police said.

Gomez-Almendarez, of North Baldwin, was arraigned Friday on charges of second-degree vehicular manslaughter, third-degree assault and driving while impaired by drugs, police said.  He was held on a bail of $500,000 bond or $250,000 cash and represented by the Legal Aid Society of Nassau County, which has a policy of not commenting in the arraignment stage.

Mammen's wife, Wilsy, 65, was also in the GMC and returned to the couple's home in North Bellmore on Friday after being treated for pain and bruising, her family said.

As the couple's children cared for their remaining parent, they questioned why their father, who often said "God has my back," was taken away in a crash when things had been going well in recent years, since his kidney transplant and open-heart surgery.

"God kept protecting him," said son Melvin Mammen, an NYPD officer from Long Island and one of the couple's three children. "That's why it was so surprising."

“He was an amazing orator,” said parishioner Ron Jacob, 39, of Syosset. “We used to refer to it as preaching fire.”

At Thursday's service, Jacob said, Mammen spoke about the importance of the Holy Eucharist and the need for Christians to believe in Jesus' life and resurrection. The church serves members of the Malayalee Christian community with roots in Kerala, India.

“We just thank God for his service, his friendship and his leadership,” Jacob said.

The fact that the retired priest died during Easter time after delivering a sermon about death and resurrection is not lost on Melvin. He said his father seemed to sense he may die soon because he began frequently talking about getting ready for Jesus' second coming and for death, weaving in quotes from the Bible: "It's unreal. … It was sort of like he was getting prepared himself."

The elder Mammen had been groomed to be a priest by his mother and the church since he was about 13 years old in India, his son said. He preached where the church sent him in India, including the slums, the younger Mammen said. When he was dispatched to Long Island, he used phone group messaging to spread teachings, he said.

"He helped a lot of people come to God, help people get rid of alcohol problems, stuff like that," Mammen said. "He was always there. He's like a mentor to me."

CORRECTION: The name of the victim was incorrect in a previous version of this story because police reversed the first and last names.

More than a foot of snow possible for eastern LI from weekend storm
Second man charged in gang killing of Hempstead man, cops say
Great Neck doles out $35G for study to relieve flooding in village
Blakeman names Bucaria, Chiang to top Nassau jobs
1:17
Long Beach library to unveil rotating exhibit of photographs celebrating city's past
Long Island educator for decades dies at 92
Didn’t find what you were looking for?