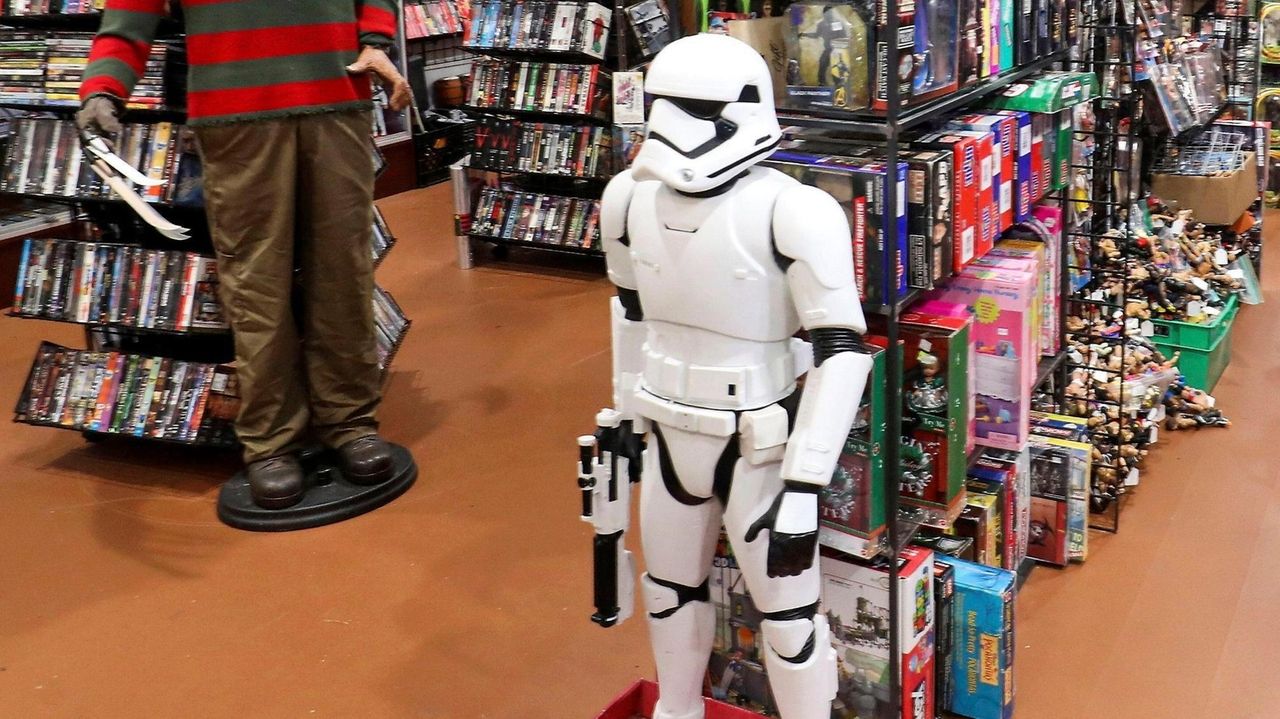 A video showing two women taking a 3-foot-tall stormtrooper that was in front of Blast From The Past, a collector's shop in Bay Shore, on April 1. Suffolk police are investigating the theft. Credit: Handout

This is the toy they’re looking for.

Suffolk County police said they are investigating the theft of a 3-foot-tall stormtrooper, which was taken by two women from the front sidewalk of a Bay Shore collector's shop on April 1.

Richard McWilliams, owner of Blast From The Past, said he had just left the store to get gas shortly after 3 p.m. that day, when he saw the women walking around the corner of the store on Main Street.

Then, McWilliams said, he got a call a few minutes later from his manager that the Star Wars figure had been swiped from its post just outside the store.

"They told me two people were walking by and ran down the block with it," McWilliams said. "As soon as I gassed up, I was driving around looking for someone with a big stormtrooper."

Police said they are reviewing surveillance footage of the women. McWilliams said he is talking to other businesses in case someone tries to sell the statue.

McWilliams and his wife opened the store in December, spurred by his collection of classic toys, figurines and vintage video games.

He said he has owned the stormtrooper for several years, which is valued between $300 to $400. He has kept it in front of the store as a display, now replaced with an R2D2 figurine and a Freddy Krueger character.

The store announced that a customer has donated another stormtrooper in its place, but they are still seeking the return of the original collectible.

"It’s definitely replaceable, but it’s a loss to the business," McWilliams said. "It wasn’t for sale and [it was] a good key part of bringing attention to the storefront and try to spread word that we’re here."