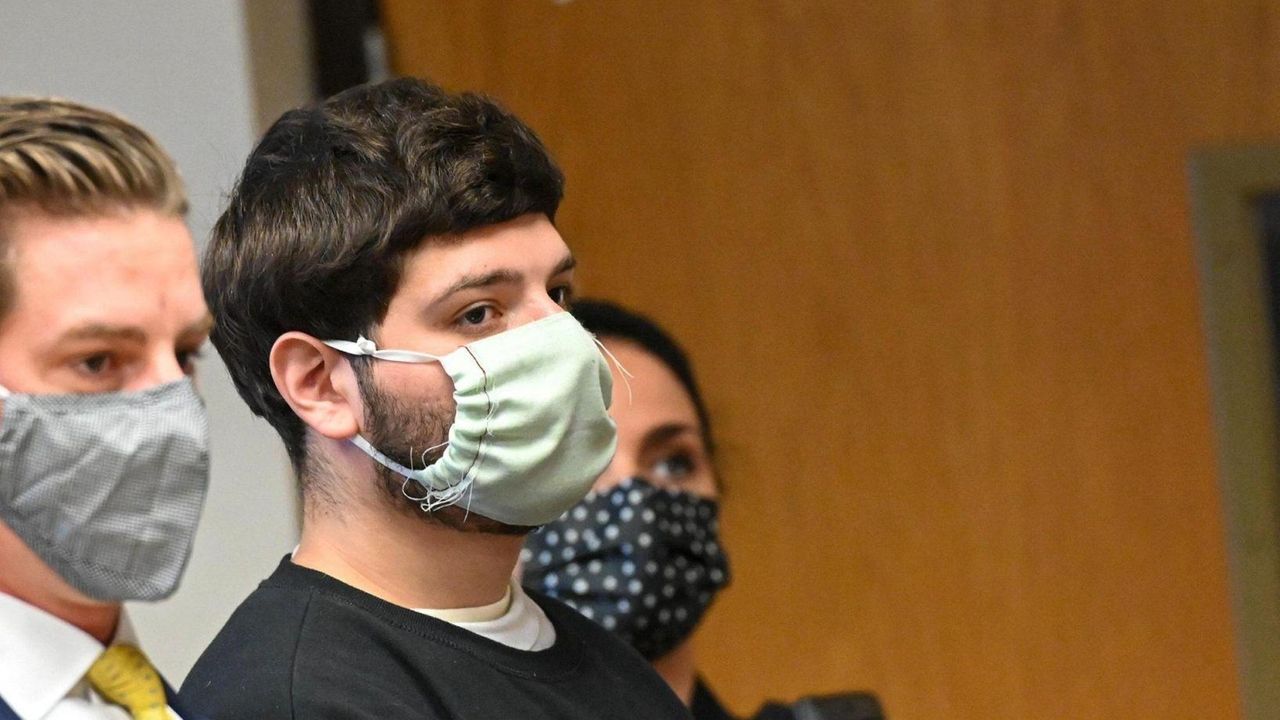 The man accused of driving impaired before stabbing and nearly killing a Suffolk cop was charged with aggravated assault on a police officer and first-degree assault in a 10-count indictment unsealed Wednesday.

Officer Christopher Racioppo, who lost most of his blood during the April 10 struggle, was released from Stony Brook University Hospital on Monday. Doctors and police officials say it is a miracle that Racioppo, hospitalized for 16 days, even survived the ordeal.

Suffolk District Attorney Timothy Sini said Nunez was high on methamphetamine and driving a 1999 Mercedes-Benz erratically in Patchogue when Racioppo attempted to stop his vehicle. Nunez slammed into a 2004 Nissan and ran into a nearby yard, where he stabbed Racioppo, prosecutors said.

Nunez plunged the knife seven centimeters into the cop's left thigh, cutting the femoral artery and a vein, Dr. James Vosswinkel, the head of trauma at Stony Brook, has previously said.

"We will do everything it takes to hold this defendant accountable for his horrific actions," Sini said at a news conference after the hearing.

Nunez continued to act violently even after he was detained, prosecutors said during the arraignment, kicking one officer in the eye at Long Island Community Hospital, where he was taken for treatment of injuries sustained during the incident. Nunez was so combative that night, prosecutors said, he had to be sedated.

He faces up to 30 years in prison if convicted of the top count, assault upon a police officer.

Scores of cops and Suffolk police union leaders gathered at the Riverhead courthouse to show support for Racioppo.

Suffolk Police Commissioner Geraldine Hart and other officials said Racioppo would have died that night without the aid he received from fellow officers and bystanders.

"While all of us are having an important discussion nationwide regarding policing, I ask all of you to consider what is right and good with policing," Hart said. "It was on display. It was a lesson in courage that we saw when Officer Racioppo was viciously attacked and officers came to his rescue without hesitation."

Suffolk Police Benevolent Association president Noel DiGerolamo also asked the public to consider the actions of Racioppo’s colleagues during the often-contentious national discussion about the future of policing.

"They are willing to sacrifice so much for people they have never met," DiGerolamo said. "Please take that into account as we are judging on a daily basis the work being done by these everyday heroes."

Racioppo may make a full recovery, according to Vosswinkel, a Suffolk police medical consultant, but he will require extensive rehabilitation.

"He has suffered a grave, grave injury that will take a lot of time to come back from," Hart said.

'Sensitive' videos on race, sex, to be restricted in Smithtown schools
1:37
'A weight and a blessing,' says daughter who takes over the reins at LI church
Asking the Clergy: What is a good summer read?
Curran seeks AG opinion on protection for police, first responders
More people have died of COVID-19 in NY than state publicly reports, fed data shows
4:47
Pressure mounting for Gov. Cuomo to resign as Jacobs, allies abandon him
Didn’t find what you were looking for?