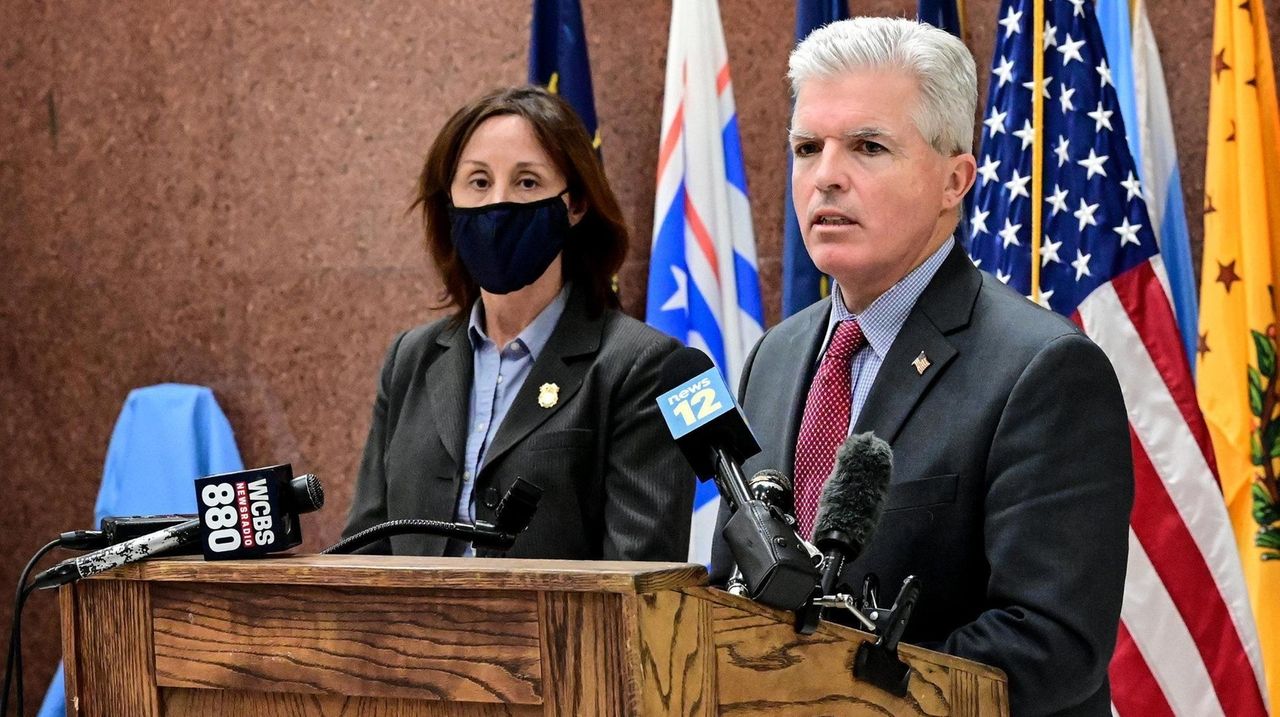 Three other officers and a supervisor who witnessed the arrest involving Christopher Cruz, 30, have been placed on modified duty and could also face discipline pending a hearing, Bellone and Hart said at a late-night news conference at the H. Lee Dennison Building in Hauppauge.

"I watched that video earlier today," Bellone said. "What I saw was disturbing, unacceptable and something that cannot be condoned."

Hart called the actions of the suspended officers "concerning" and said she was troubled that other officers did not intervene. 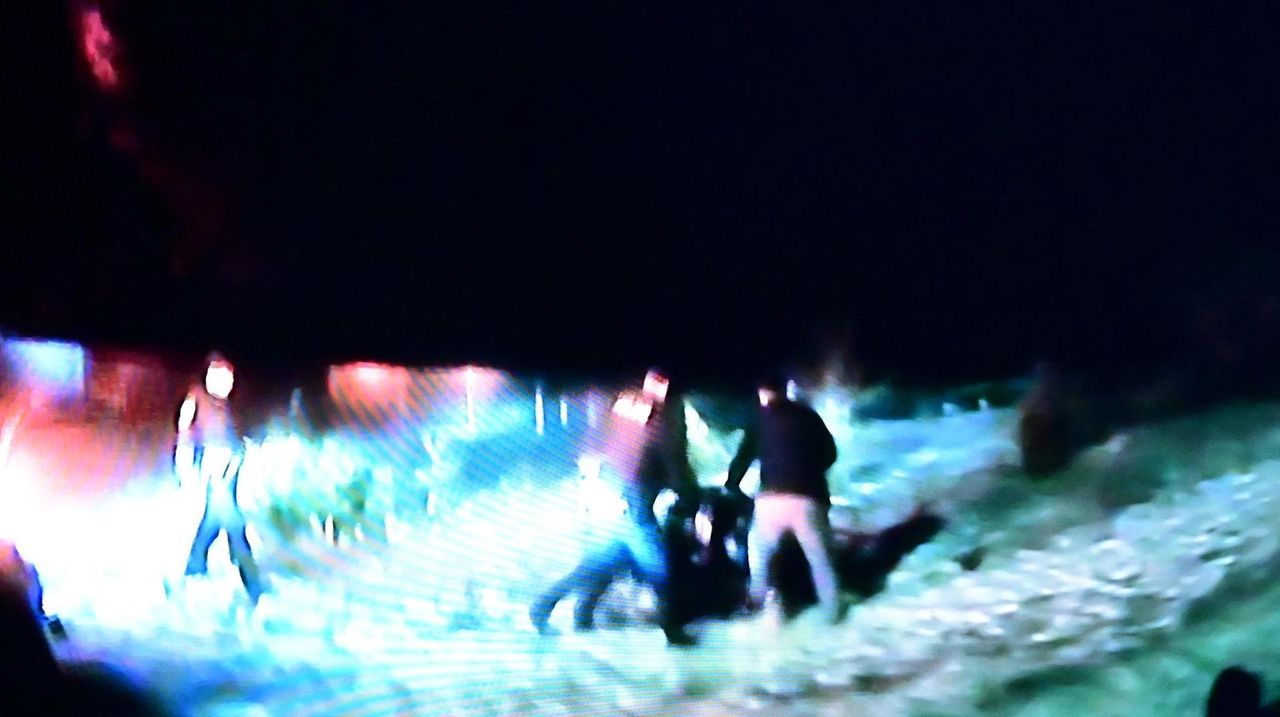 "While Cruz was standing up and handcuffed, a Sixth Precinct police officer pushed the arrestee forward from behind and kicked the back of his leg," Hart said. "The officer who initially pushed Cruz and one other officer kicked Cruz multiple times while he was on the ground."

Officials did not identify the officers, citing the ongoing investigation. Bellone's office released body camera footage of the arrest.

Cruz, a homeless man, stole a 2015 Jeep Grand Cherokee in Port Jefferson Station late Feb. 23, Suffolk police said. Officers in an unmarked car spotted Cruz drive into the parking lot of a gas station on Route 112, and when police in marked vehicles arrived at the scene, Cruz rammed a patrol car, injuring an officer, before driving off, police said.

A short time later, Cruz lost control of the Grand Cherokee and slammed into a snowbank near the intersection of Canal Road and Strathmore Court in Mount Sinai, according to authorities. He rammed a second police car and crashed into a snowbank before he was arrested shortly after midnight last Wednesday. A second officer was hurt while Cruz was being taken into custody, police said.

Cruz was taken to St. Charles Hospital in Port Jefferson, where he was treated for minor injuries and released. The two injured police officers were also taken to a local hospital for treatment of nonlife-threatening injuries.

In 2017, Suffolk police equipped the department’s 10-member drunken-driving enforcement team — the SAFE-T Section of the Highway Patrol Bureau — with body cameras to provide juries with video proof of inebriated driving, but the department has not embraced the widespread use of the devices.

"This video, what I think we’re talking about here tonight, is a stark example of why those [body cameras] are so vital and important," Bellone said. "I will not move forward and not present a police reform plan that does not include body cameras for the police department."

Noel Di Gerolamo, president of the Suffolk Police Benevolent Association, said it was improper to judge the officers based on one brief video.

"I am troubled by any rush to judgment when talking about an individual who stole a motor vehicle and used it as a weapon to crash into two police cars," Gerolamo said. "I welcome any and all investigations into the incident which will provide greater details into this incident and exonerate our officers."

Di Gerolamo agreed that Suffolk police must embrace the widespread use of body cameras. He said authorities would have a clearer picture of what happened with Cruz if other officers had been equipped with body cameras, which would have provided multiple angles to the arrest.

Nassau County Executive Laura Curran filed a 395-page plan last month for changes in policing practices that includes the widespread use of body cameras. Members of the 1,594-officer Nassau Police Benevolent Association, which has been working without a contract since the end of 2017, rejected a contract proposal in December that would have compensated officers for utilizing the devices. The two sides resumed negotiations late last month.

Gov. Andrew M. Cuomo, through Executive Order No. 203, has mandated all counties and local jurisdictions submit proposals for police reform, which must be approved by local legislative bodies, by April 1. The police reform directive came after the May death of George Floyd, who died while in Minneapolis police custody. His death set off weeks of nationwide protests, including on Long Island, and ignited a push for police reforms.