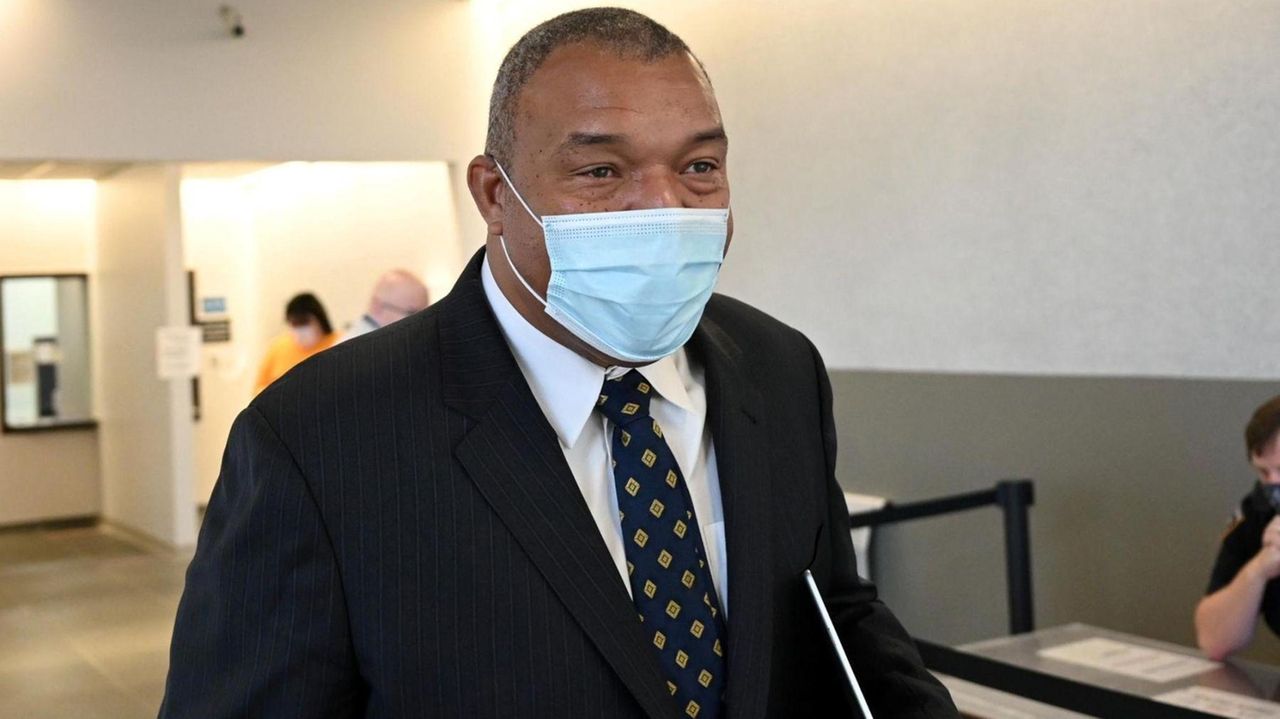 Suffolk County Legis. William Spencer, accused of trying to swap opioids for sex last year, was charged with lying to investigators as well as drug- and prostitution-related crimes in a newly unsealed indictment.

Prosecutors said Spencer (D-Centerport) lied to investigators in July 2020 when he told police that he was the target of an extortion plot by somebody purporting to be a pimp.

Spencer, 54, told police in a two-page written statement regarding the alleged extortion plot that he had never sought the services of a sex worker — a few months before he was arrested for attempting to swap drugs for sex.

Spencer, an ear, nose and throat specialist who served on the county’s heroin and opiate epidemic advisory panel, was released on his own recognizance by Suffolk Supreme Court Justice John B. Collins during an arraignment on the charges Monday in Riverhead. Collins ordered Spencer to return to court on Dec. 8.

Spencer pleaded not guilty to the charges.

The indictment includes two drug charges and two prostitution-related charges, as well as perjury and four other crimes linked to the false statements Spencer allegedly gave Suffolk police in July 2020 about a purported extortion plot.

Spencer did not speak after Monday’s hearing, but he stood with his attorney, Anthony La Pinta of Hauppauge, who told reporters outside that the lawmaker and physician is a caring man who has contributed much to his patients and community.

"Despite this indictment, there is an incredible number of people who support William Spencer," La Pinta said. "They support William Spencer because he is simply an extraordinary man. Anyone that knows of him will tell you that he is a gentleman in the highest degree, he is an accomplished doctor, and someone who cares for people and his community well beyond the normal person tasked with being a politician and or a doctor."

La Pinta said his office has launched its own investigation and has already interviewed numerous witnesses.

"Up to now, there’s only been one side of the story revealed. There’s a lot to say about the other side," La Pinta said.

According to Spencer’s statement to investigators, the doctor was in his office when he received menacing texts, including some with images of severed heads. The sender claimed that Spencer had wasted "one of my girls’ time who provides sexual services" and said Spencer’s home and family were under surveillance. One message said Spencer’s family was in danger.

"I am afraid for my safety and the safety of my family," Spencer wrote. "I have not sought the services of prostitutes or call girls."

Spencer was arrested a few months later, in October 2020, after prosecutors said he tried to exchange oxycodone — a highly addictive painkiller that fueled Long Island’s opioid epidemic — for sexual favors.

Suffolk prosecutors said last year that Spencer had a longstanding relationship with a sex worker, and that he sent a text to her phone proposing they swap oxycodone for sex.

Spencer was unaware that the woman, who occasionally worked as an informant, had died a month earlier from a a heroin overdose in a Massapequa motel.

The phone was in the possession of a drug enforcement agent, who agreed to meet Spencer behind an Elwood strip mall. Spencer, who had driven his county car to the rendezvous, was dressed in medical scrubs when he was arrested. He had two oxycodone pills and a condom when he was arrested, prosecutors said Monday.

Officials said last year that Spencer also had a loaded handgun when he was arrested. Spencer had a permit for the weapon that allowed him to carry it as he traveled to and from work.

Spencer stepped down from his leadership positions but resisted calls to resign and will remain a Suffolk lawmaker until the end of the year. La Pinta said Spencer has voluntarily agreed not to practice medicine until the case is resolved.

The lawyer said prosecutors have not provided a full account and is eager to defend himself against the charges.

"Our position is that we know of witnesses that perhaps the prosecution doesn’t know about that could shed some light on some facts that may be helpful in understanding what really, truly transpired here," La Pinta said

Suffolk lawmakers stay in office, despite criminal chargesThe key reason public officials facing criminal charges stay on the job is because state law allows it. Staying in office also allows them to build their pensions. Spencer stripped of legislature leadership postSpencer, a physician, was arrested Tuesday after he attempted to trade oxycodone pills for sexual favors with a woman he thought was a sex worker, Suffolk County prosecutors said. Legislator tried swapping pills for sexual favors, officials saySpencer, who is also a doctor, was arrested and accused of trying to trade drugs for sexual favors, prosecutors said.